On the Vodka, on the beach (in Ukraine) with the Russians 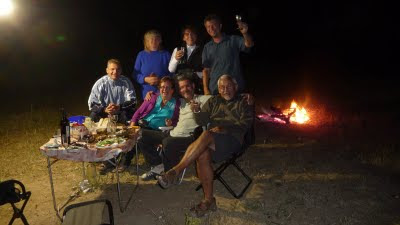 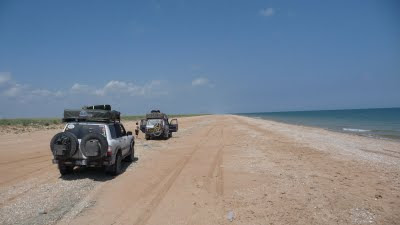 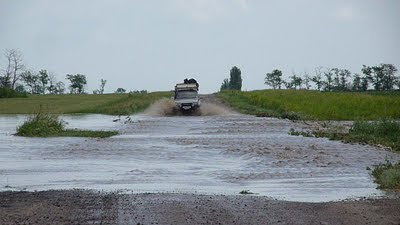 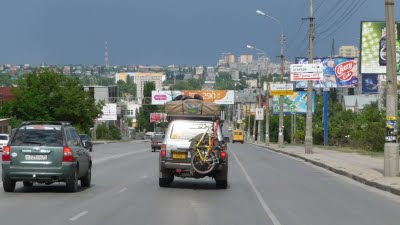 Arriving at The Volgograd Hotel 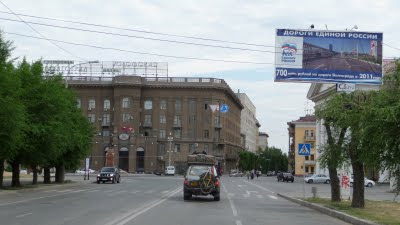 Chris on the Vodka again! in the Volgograd Hotel 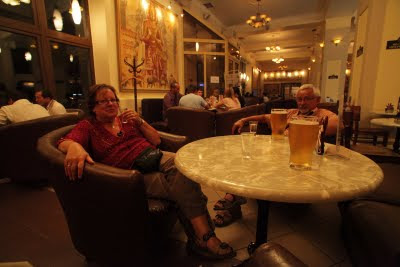 We are now in Ufa, about 1200 miles into Russia, using the Wifi at the Toyota main dealership whilst the cruiser is serviced. It could just as easily be a main dealership in Aylesbury, with grey skies and black clouds to match (except they serviced it straightaway instead of a week next Wednesday). They are very friendly here and one of the guys on the service team has offered to show us round his city tomorrow if we stay over.

We started off trying to get it serviced in a small local garage in a place called Beleby, after much head shaking a couple of guys then led us round 3 more garages all to no avail so we headed for the main dealership at Ufa which is excellent, they quickly found a very attractive young lady to translate and all very professional.

Before we left Volgograd (was Stalingrad) we visited the war memorial, with a massive statue of mother Russia, plus the war museum where they have left a complete building (an old red brick mill) in the state it was when it was bombed plus all sort vehicles and p[lanes, including a destroyed tank.

The following day took us past Saratove where we visited a park full of ex military vehicles, the sort that once paraded through the sreets of Moscow, with huge tanks and rocket launchers, plus helicopters and planes (including a Mig 27).

For the last could of days it has been driving and sleeping, the scenery has been mostly flat grassland with trees and bushes lining the road, most of which have tracks behind them so we just sneek round the back and pop the tent up - no probs. All the trees and bushes are similar to the UK here and the roads very from being superb to awful. The main road across Russia is follow of trucks doing 45 to 50, with cars doing 60 plus trying to overtake them which can get very hairy at times.

So far the police have pretty much ignored us, stopping us once about 4 miles from the border to check papers and once today just to look inside the vehicle, but all very pleasent. The Russians are all very reserved to start with but once you get them smiling they dont stop, we have not fealt threatened anywhere (so far).

We are now heading south off the main drag into the lower Urals and then we will loop slowly round and head North up to some ice caves before the dash across the rest of Russia into the Altai mountains and Mongolia. We have done 4,500 miles so far and we have another 2,000 or so before enterring Mongolia.

Keep an eye on spot as I dont know when we will be able to update next.
Posted by Mick at 00:32