I am trying hard not to start this episode with 'After', but what the hell!

After 2 more days of breakfasts and hot showers at Salento we spent one night in the Cocoa valley where they have huge palm trees. Next stop was the Desert of Tatacoa, with some clever photography the picture in the Lonely Planet made it look similar to one of the Parks in Utah, in actually fact it is very small, but we caught up with Carol and Victor again and had a very enjoyable time.

We then headed down to San Augustin, Colombia's premier archaeological area, where they have 2000 year old graves guarded by statues which are a mixture of human and animal.

The plan was to head from san Augustin to Tierradentro (Colombia's second archaeological site), but we heard that the road at one point was only open for one hour per day at lunch time due to road works, so we went to Popayan instead. We stayed at Popayan for 2 nights to get some work done on the cruiser and then planned to head for Tierradentro, but that morning the camp site owner told us that the police had advise that the road was closed all day due to a demonstration. This was really impressive because the police were apparently contacting all locations where travellers might be staying to warn them to stay away and instead we had a lazy day and had a really interesting walk on the camp site owners land.

The day after we finally set off for Tierradentro. This is a rough mountain road which peaks at 3,200 metres in 2 places and is 25% good sealed road, 25%  rough unsealed road, 25% road works and the rest is where thy have bulldozed through land slides that have completely obliterated the road, just what a land cruiser is designed for! Above 2,600m we were basically in the clouds but below that the scenery was some of the best we have seen on the trip so far.

Tierradentro is a series of sites which have 2000 year old tombs up to 9m in deep dug into volcanic rock and each tomb housed numerous ceramic jars filled with semi cremated remains. This was somehow linked with San Augustin as they also found a number of similar statues, but unlike San Augustin, which is basically jungle, these sites are high in the mountains with spectacular views.

After a challenging but fabulous walk round 3 of the sites in glorious sunshine we decided we would do one more (of the 5) in the morning before setting off back to Popayan. That night the rain was torrential, but by 11.00 the sun was shining again. Chris decided against the 4th site so I did this on my own and although some of the route was a quagmire the rain seamed to have made everything even greener and the various shades of green rivalled even the highlands of Guatemala.

After the previous nights rain, the drive back across the mountain road to Popayan took on a totally different perspective as the road works and land slides were miles of deep mud, we had to go to low box for some of it but nothing the cruiser couldn't handle. Fortunately it was Saturday and very little traffic (otherwise there would have been vehicles stuck all over the place) and we just sailed through for a thoroughly enjoyable drive! 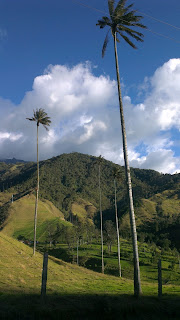 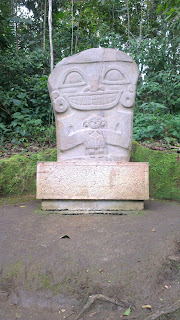 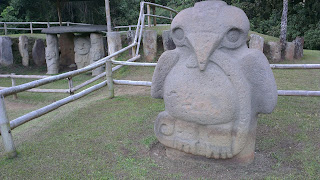 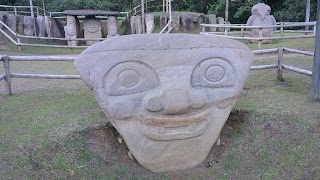 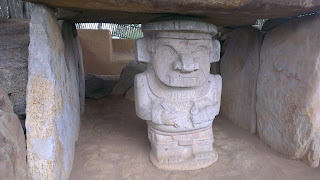 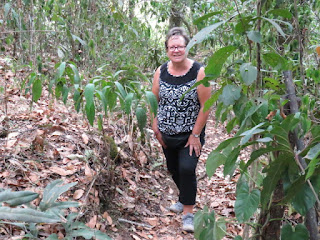 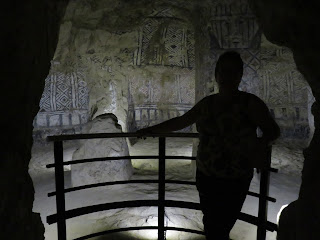 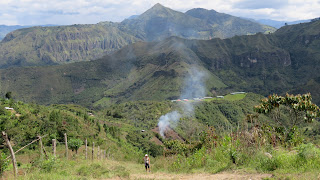 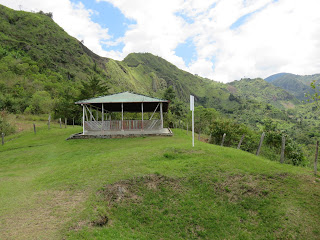