Chinchillas in the Mist

So, we are still in Chile! As planned, the day after the last post we drove up to Pisco Elqui and booked into a tour with an English speaking guide at 3pm, and then erected the roof tent in a camp site a 500 meteres away, ready for a few Piscos.

The tour was excellent and included 3 glasses of different Piscos, plus a Pisco Sour at the end (which was so good we had another), in the company of a Swiss couple travelling in a motor home. They joined us for dinner and a couple of bottles of wine between us and then asked us back to their Motor Home where they broke out the bottle of pisco they had just bought! We have not had so much neat alcohol since Siberia!

Allegedly, at one point whilst walking home, (according to Chris), I veered off to the right looking for a ditch to fall in, Chris tried to stop me and (she says) and we both ended up in a pile in the middle of the road, another similarity to Siberia.

During our conversation with the Swiss they told us that they were one of the last vehicle through the pass and was now closed for the winter. The pass that we planned to take the following day!!

So for the last few days we have been travelling south again, another night at truck stops, another night on the beach, a night by a Lake and a detour inland to stay at a Chinchilla Park, with Chinchillas and foxes for company.

The saga of the cracked wheel was not over either, when driving through a town on the way to the lake a taxi driver was pointing at the same wheel, it was flat again, a quick pump up to get us to the Lake and then had to put a spare on (as it was Sunday the following day). Monday morning we stopped in the first tyre place and asked him to swap the tyres over (so the new tyre was on the spare rim), but he did not quite understand and rolled the wheel to a welder next door. 3 times he welded it before it stopped leaking, but I still got him to swap the tyres over so the welded wheel is now a spare. That was 4 days ago and so far is still at full pressure.

We are now back at the first camp site we stayed at in Chile, in fact our favourite site in Chile, by a Lake and with luck we will cross into Argentina tomorrow, the same way we came in, but apparently even this might be closed in a couple of days due to snow! 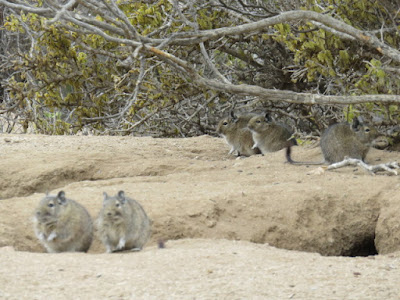