The Night is Dark and Full of Terrors

Just over half way through and we are back in Maipu at the Posada de Cavieres just in time for harvest there are a few pictures below of our journey back up Argentina, much of it we did last year (with a few variations, including a side track to visit some dinosaurs) but this time in fabulous weather.

The night before we arrived we camped at a wild camp by a dry river bed, that the first person staying there called the Pirate Camp (still no idea why). We stayed there twice last year and arrived just before the sun went down, but there were 2 cars there. Whilst we considered what to do a German couple in a VW Combi that were camped next to us in our last camp site at Malargue rolled up beside us and whilst we were chatting the people from the cars turned up and drove away.

It was a little windy when we arrived, but once dark it was very still and quiet with an amazing display of stars. Then, in the middle of the night this incredible screeching started! We have no idea what it was but it sounded incredibly loud in the absolute silence. I've not heard anything like it since the Howler Monkeys in southern Mexico. That night certainly was dark and full of terrors. 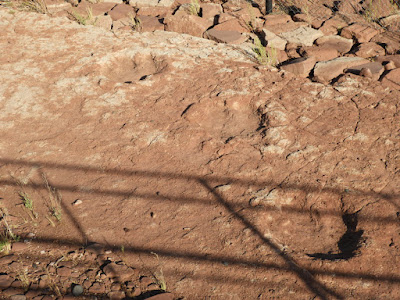 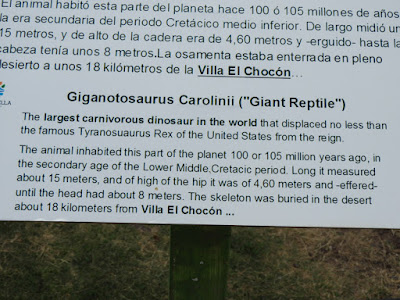 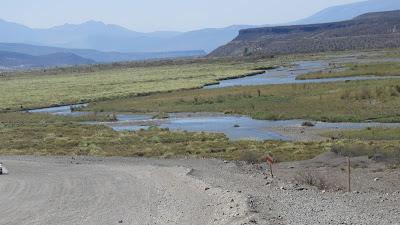 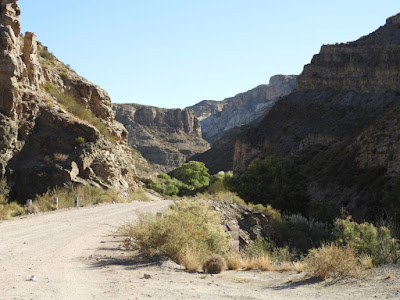 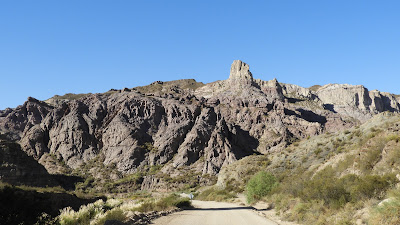 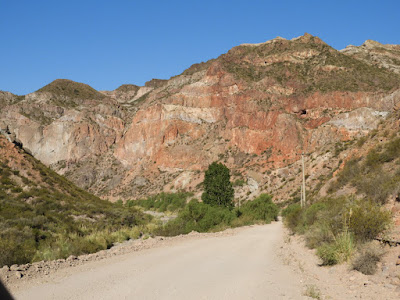 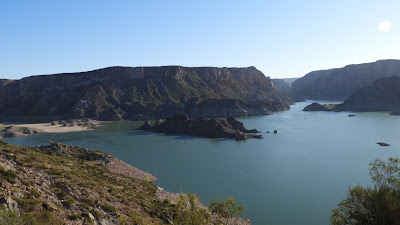