Good Bye New York and back on the Road

Things moved quickly yesterday and we confirmed at 11.00 this morning that it had just arrived at the warehouse ready to collect.

We completed the paperwork and it was driven out for us. I moved it out of the way to sort things out, but when we were ready to start it made an awful noise and smoke started poring from the passenger seat foot well, never seen Chris move so fast. It only occurred to me then to check the battery terminals (the battery was disconnected whilst in transit and as it was driven out of the warehouse I assumed that it had been re-connected. In fact the terminal had been placed on very loosely. I tightened everything up and it turned over OK but would not start. Checked fuses, 2 blown, changed them and off we went phew!

By the time this was sorted and we found diesel (many appear to be petrol only) we were right in the rush hour - Friday afternoon - leaving New York, it was like a 5 lane M1 on a bad day. After 60 miles we had had enough (already) and followed a camp site sign - but no camp-site. 35 miles we followed another and fortunately this one did exist. We have just had one of the best steaks we have ever had at the Amber Steak House at Mount Pocono, with a couple of Yuengling Amber Lagers almost as good as Doombar! 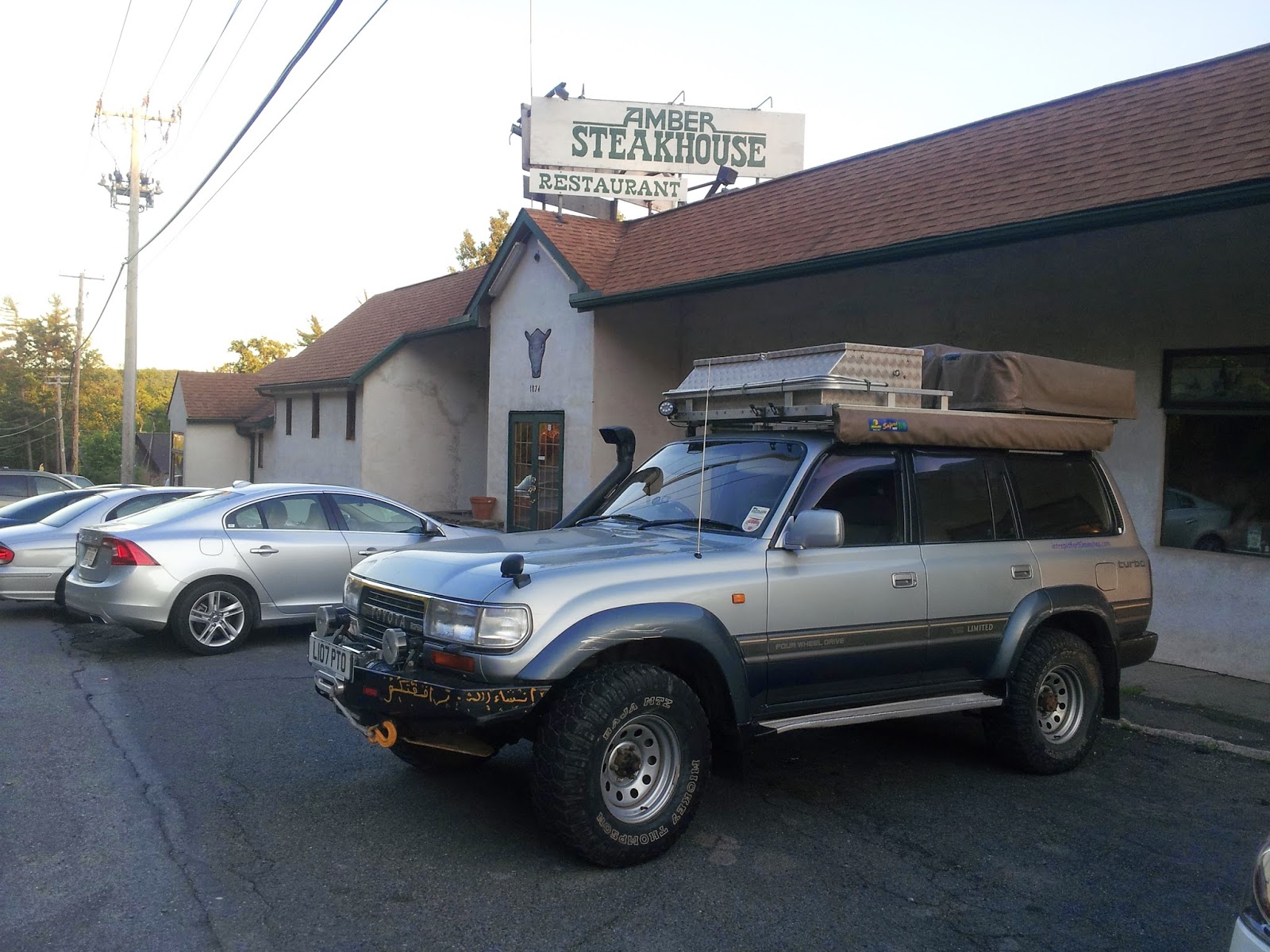 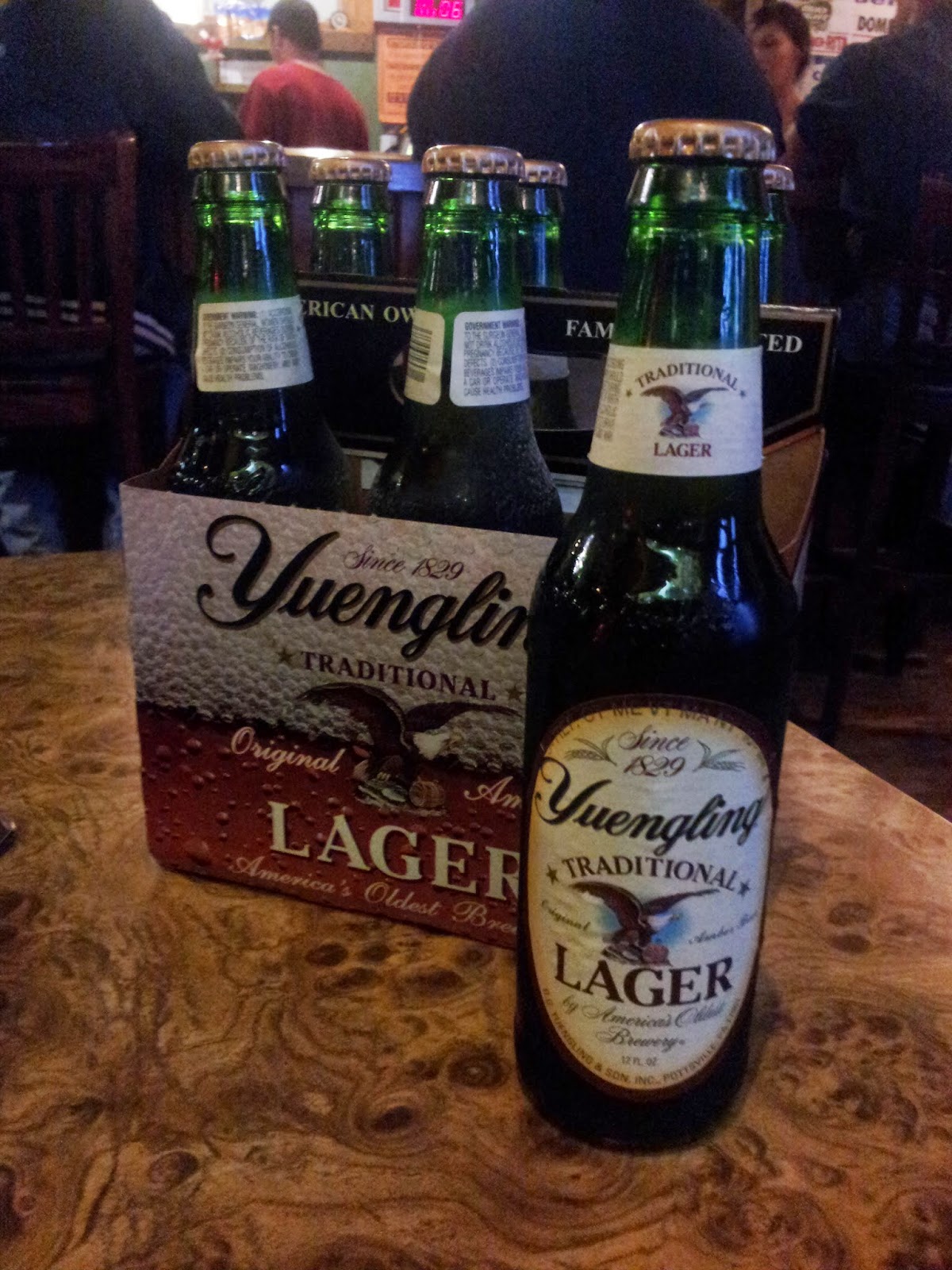