End of an Era

After deciding not to replace my trusty old Sony camera in Canada cos it was still taking good pictures it is now no longer! the pin under the shutter button has broken and won't take pictures anymore! So I have had to fall back on my phone (which takes good photos but no zoom) and my old back-up Fuji

After a short circuit round Utah  we are now in Salt lake City in a thunderstorm, waiting for some minor repairs on the cruiser to be completed.

Our short Utah circuit included Escalante, where we intended to stay for a night and ended up spending 4. A superb area with lots of good 4x4 off-road, walking and slot Canyons (100's of yards long and mostly only wide enough to squeeze through sideways). Bryce Canyon with some amazing rock formations (called hoodoos) and Zion Canyon, with walls half a mile high ( we left the main Zion Canyon to another trip as you it is only possible to go in by shuttle bus and at 35 degrees we felt it was a bit warm for that.

Escalante was also my third encounter with a snake, but this time Chris saw it first and it was so petrified by her scream that I was able to take a photo!

We are now heading on a wider sweep of Utah through Arches and Canyon Land , Mesa Verde near Cortez in New Mexico (dwellings of an ancient civilization) and on to Winslow Arizona (we had to really) before the Grande Canyon and Las Vegas. 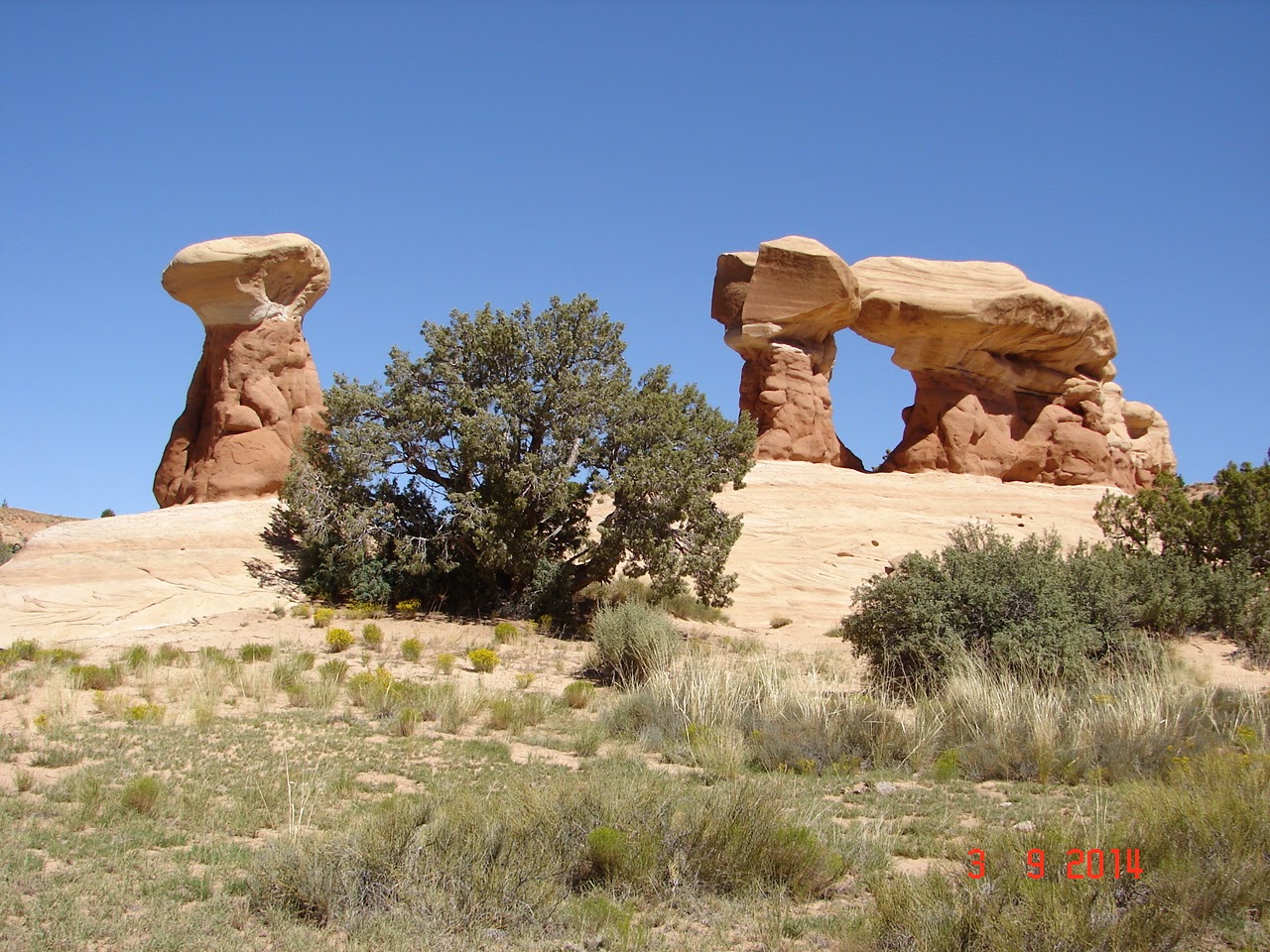 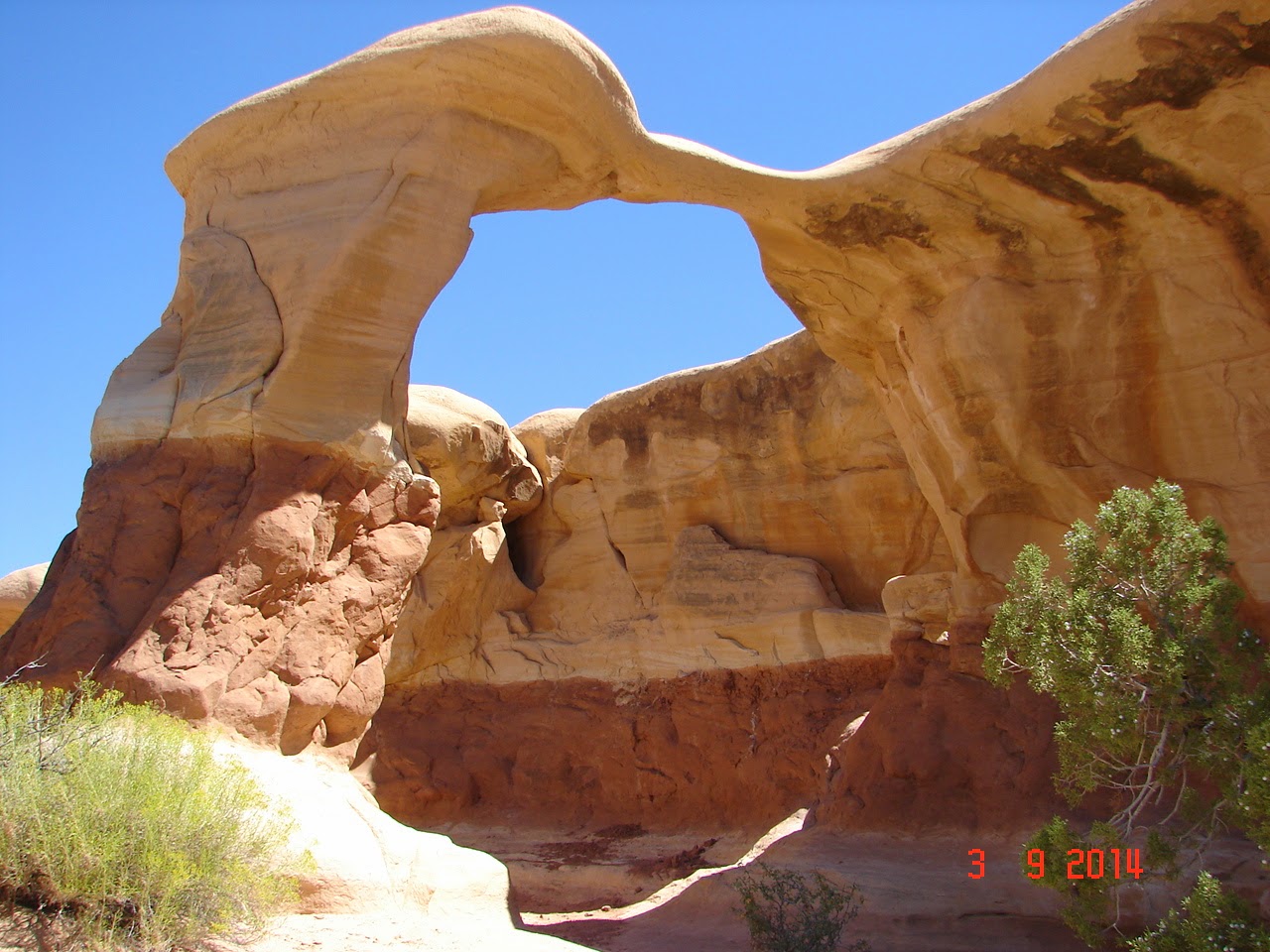 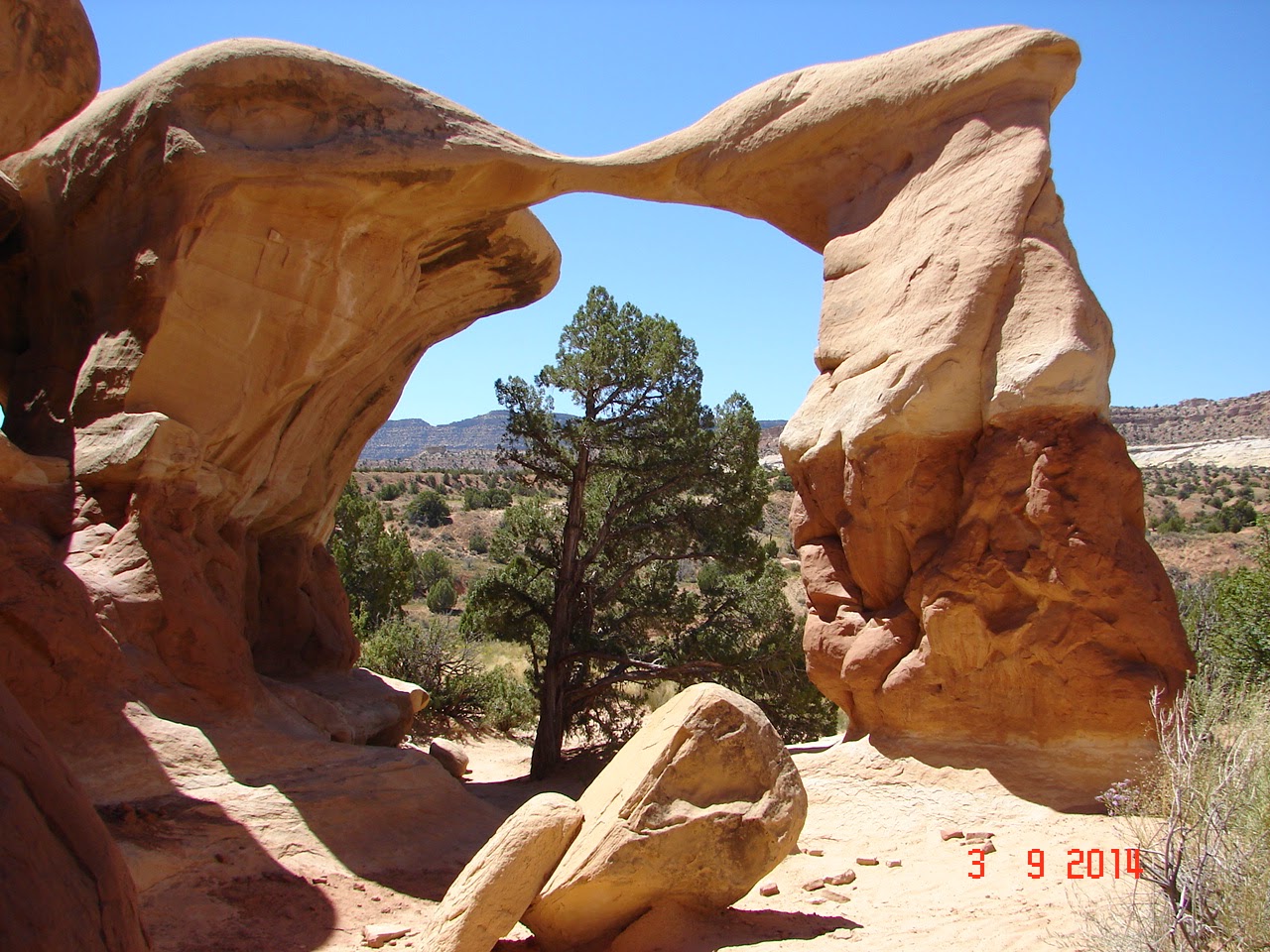 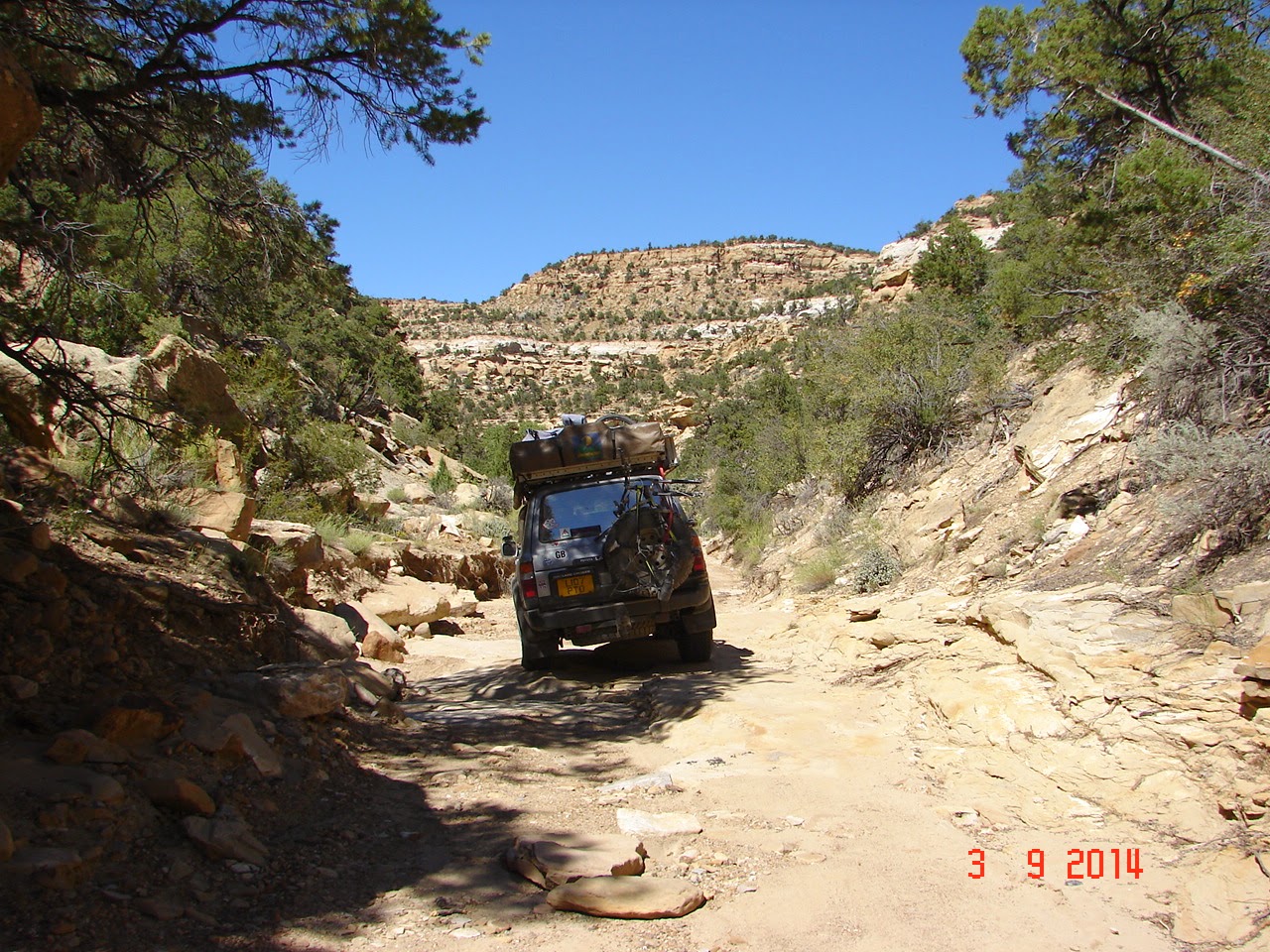 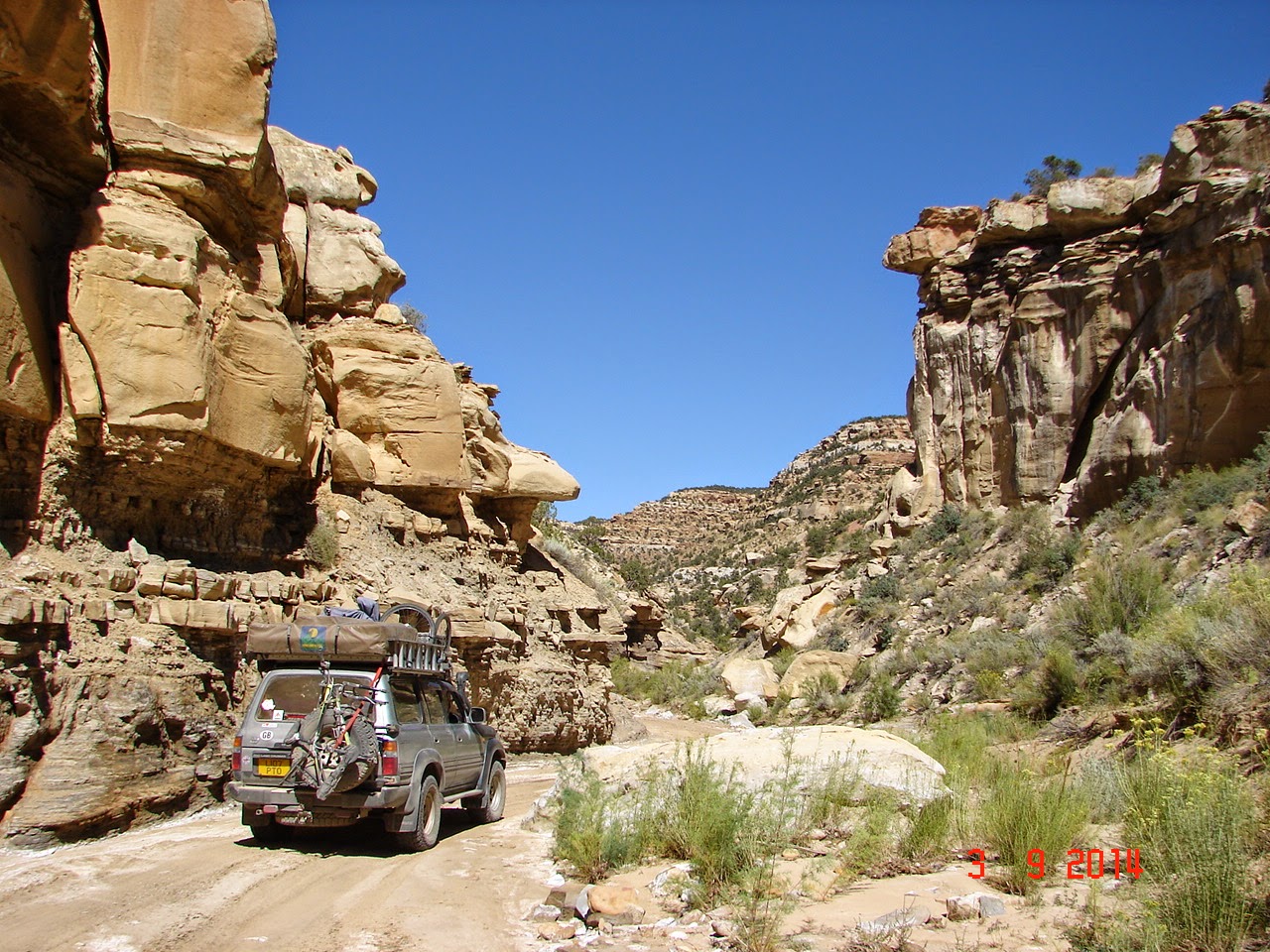 Apparently this is a dinosaur foot print And this is a dinosaur 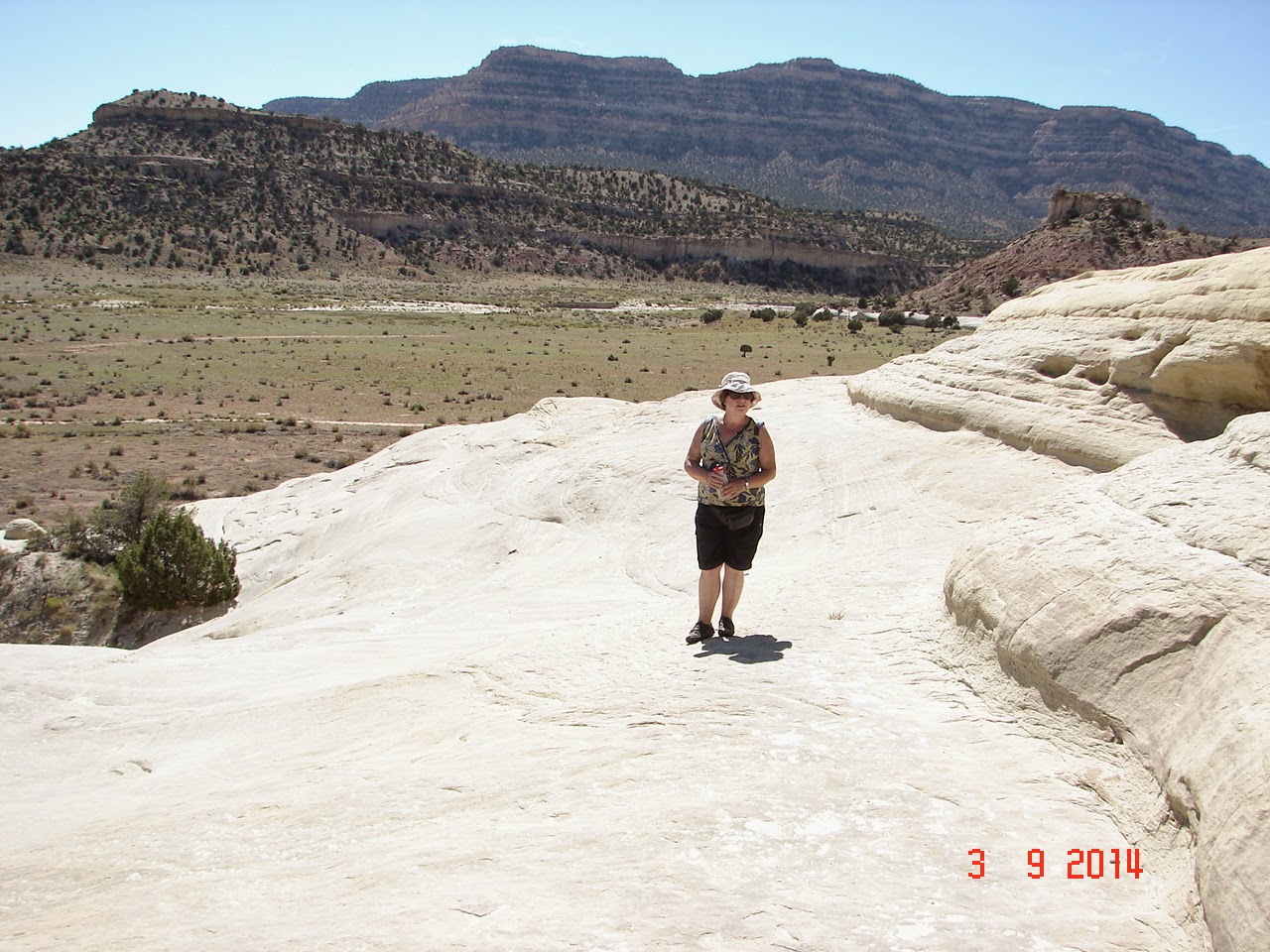 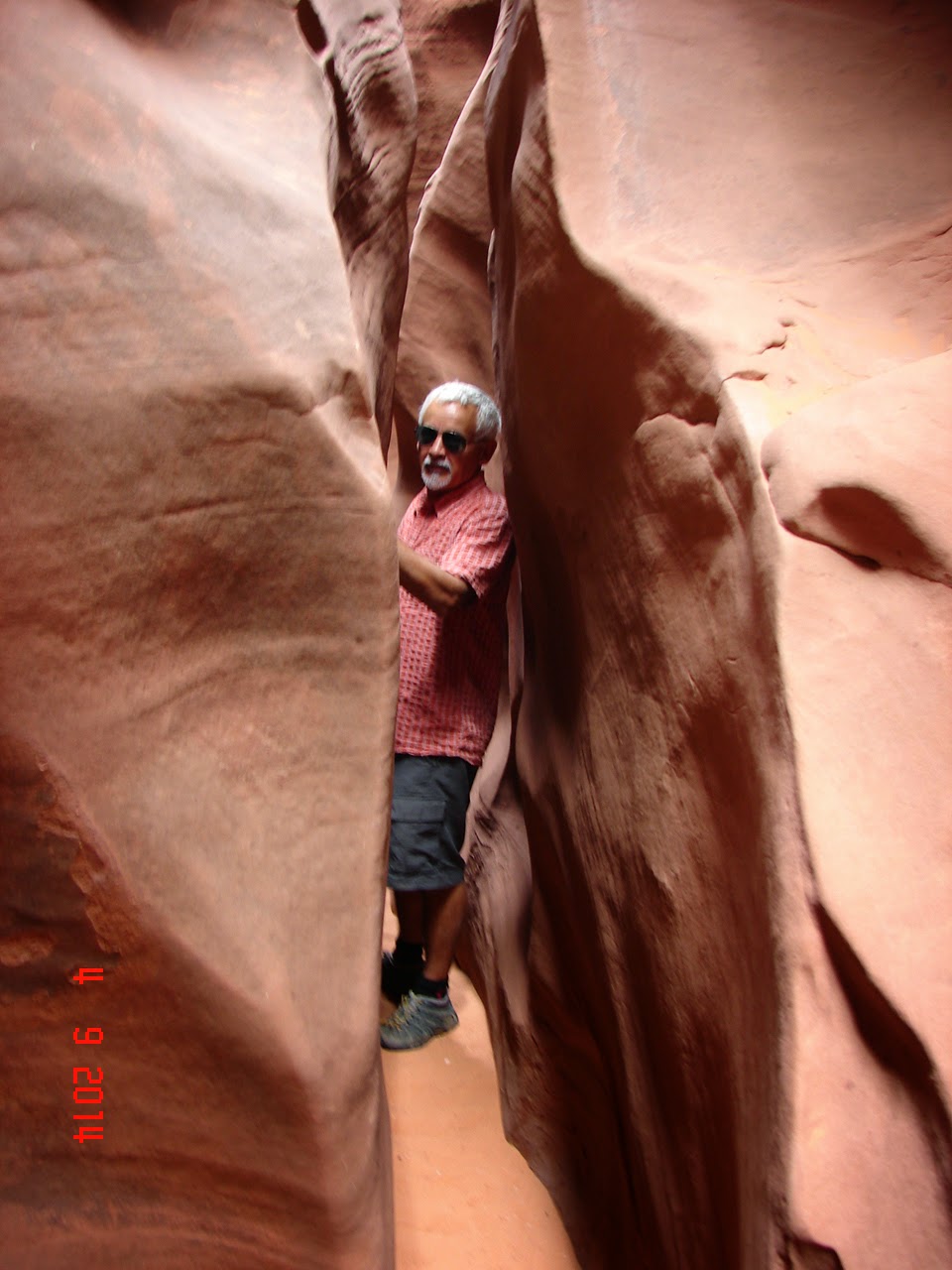 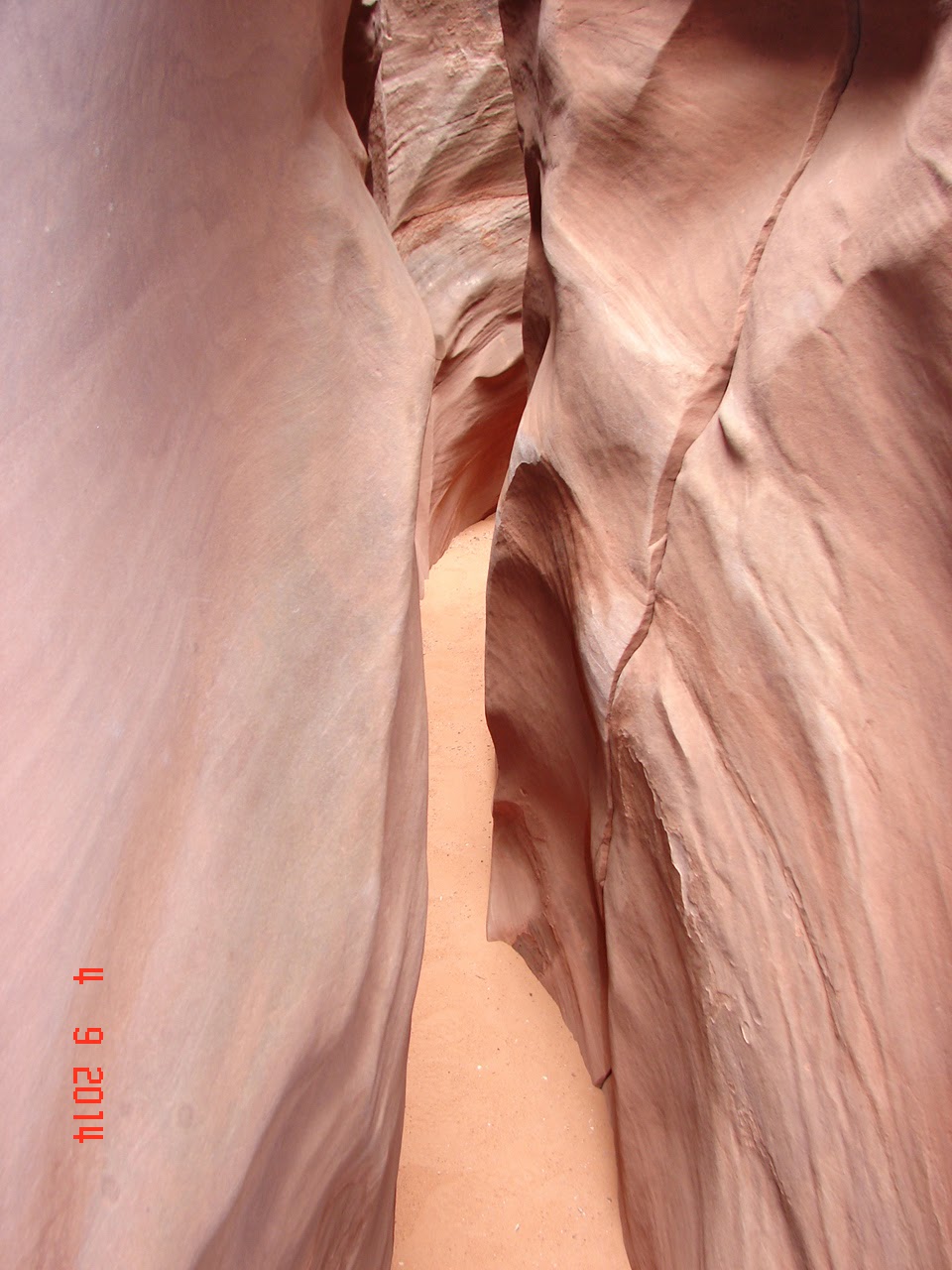 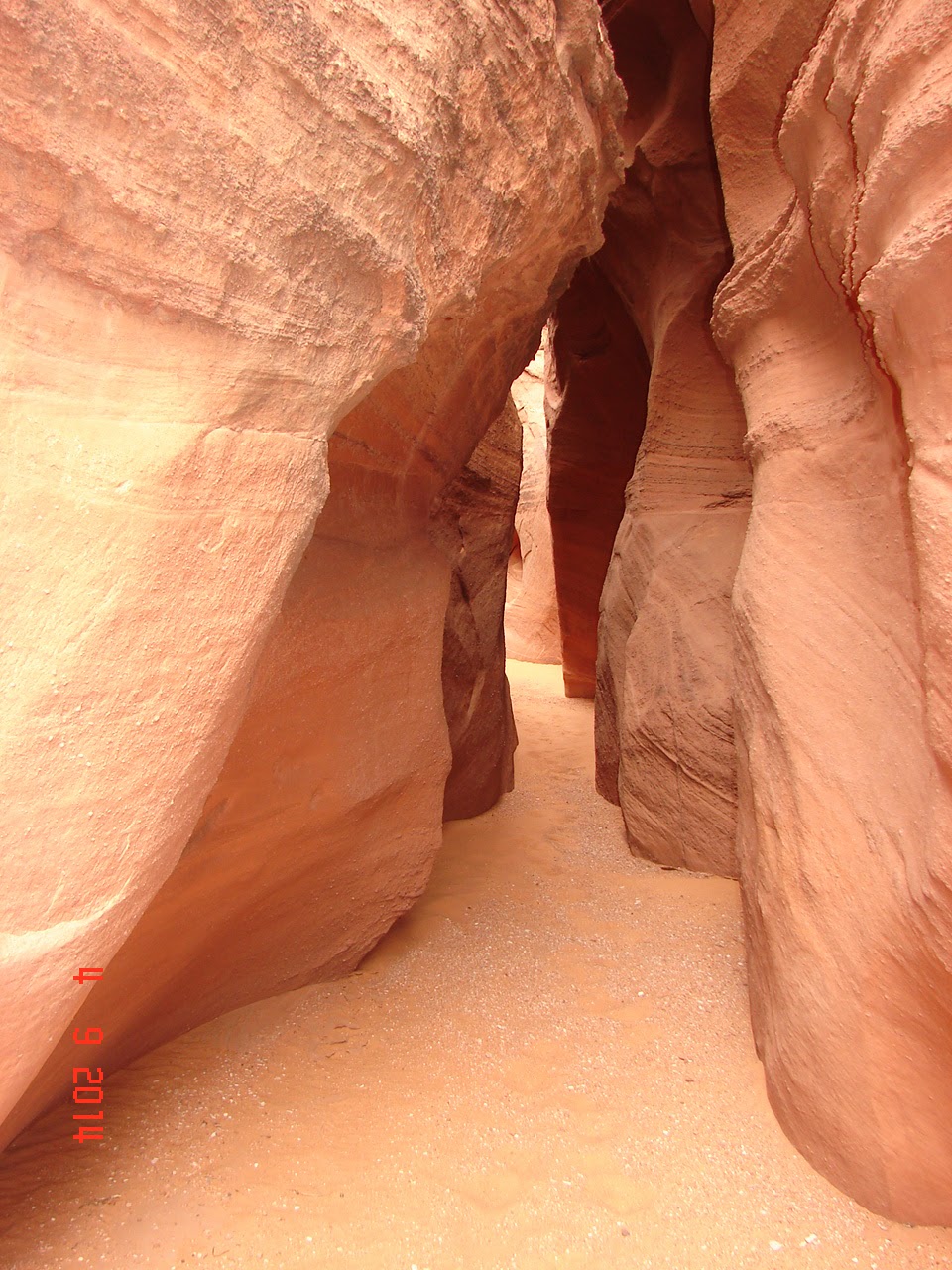 This Arch is interesting, not for the photo, but that I had been looking for it and walked over it twice before I realised that I was on top of it! 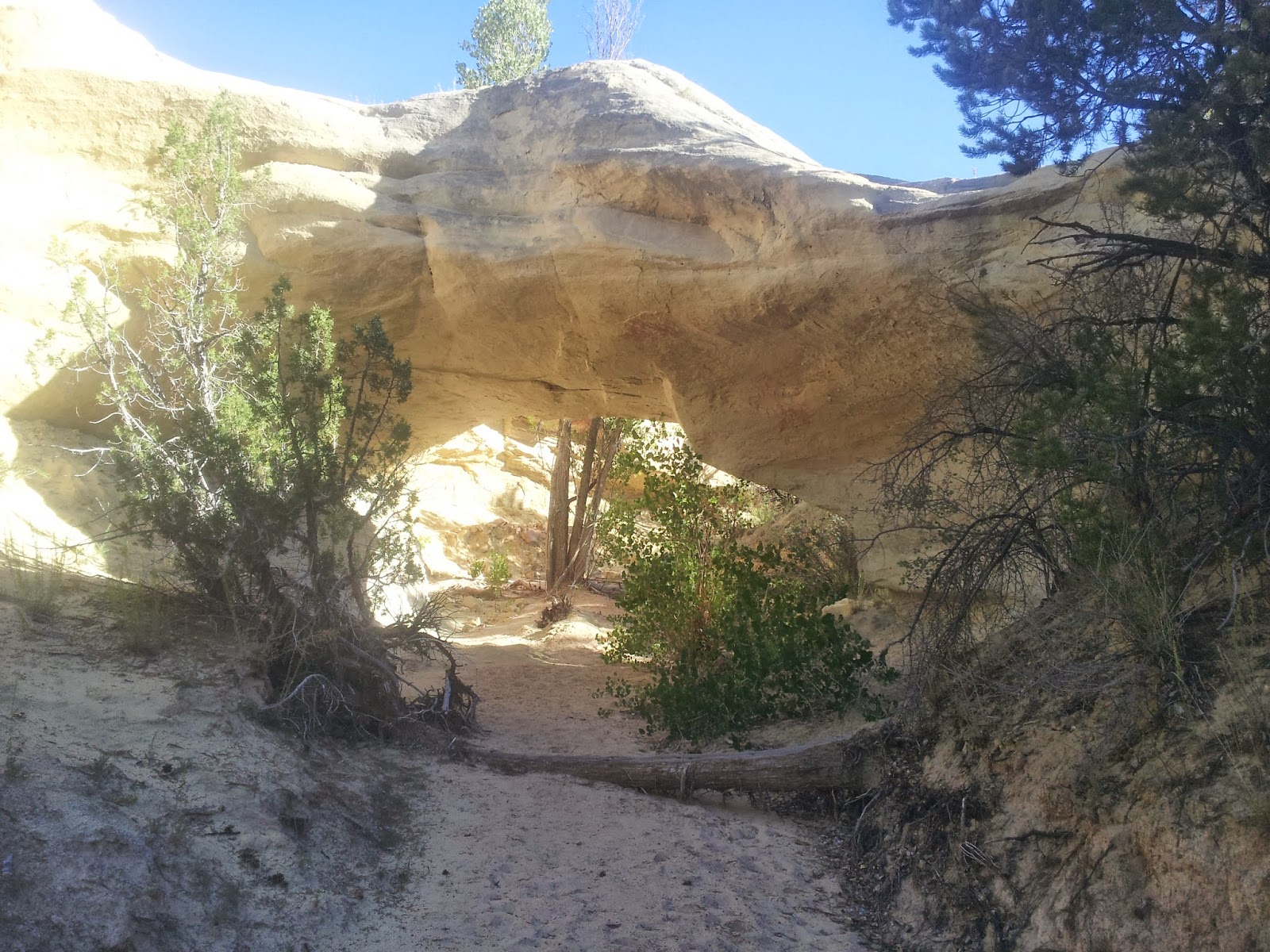 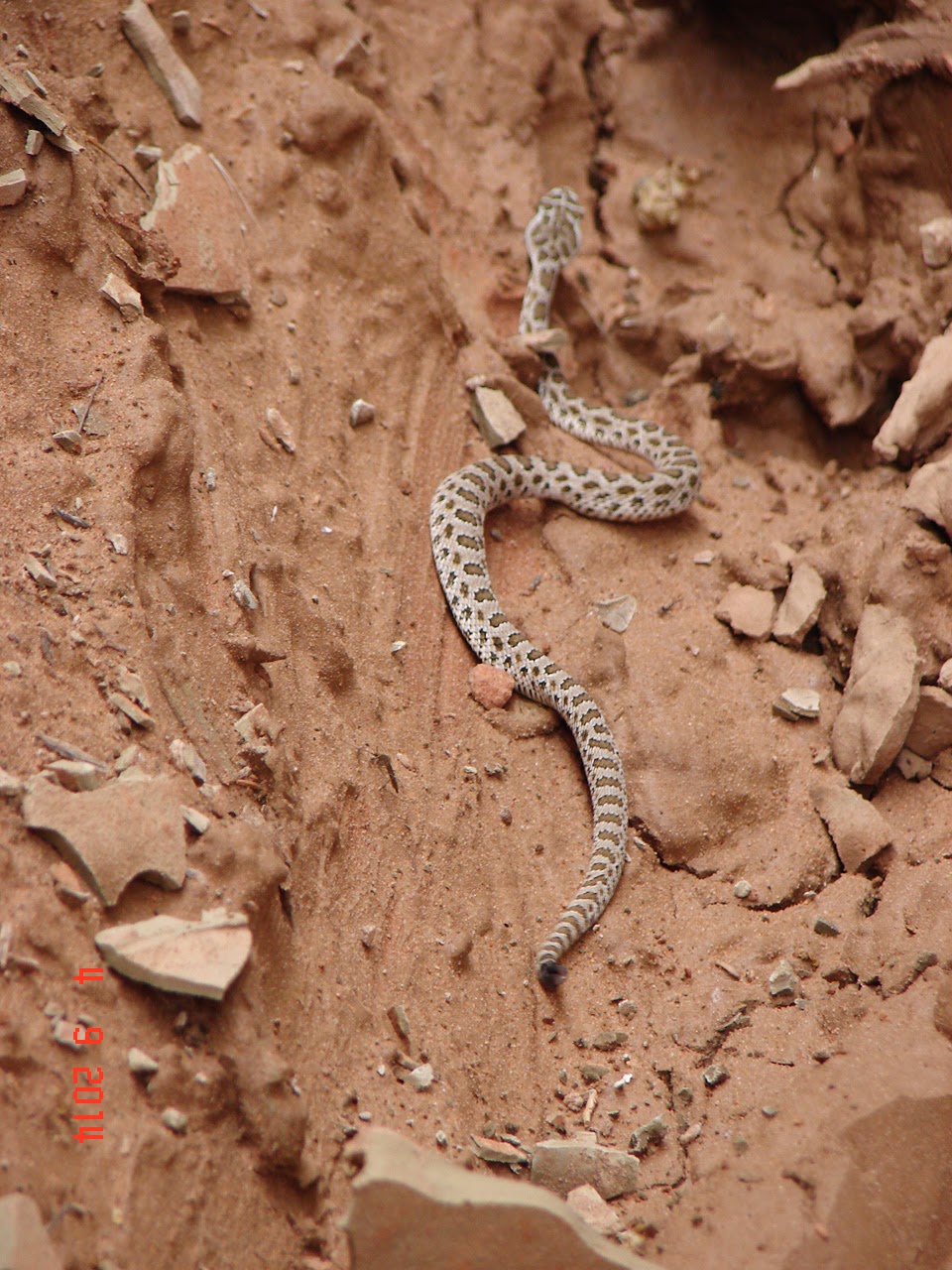 Petrified Wood from the Petrified Forest near Escalante 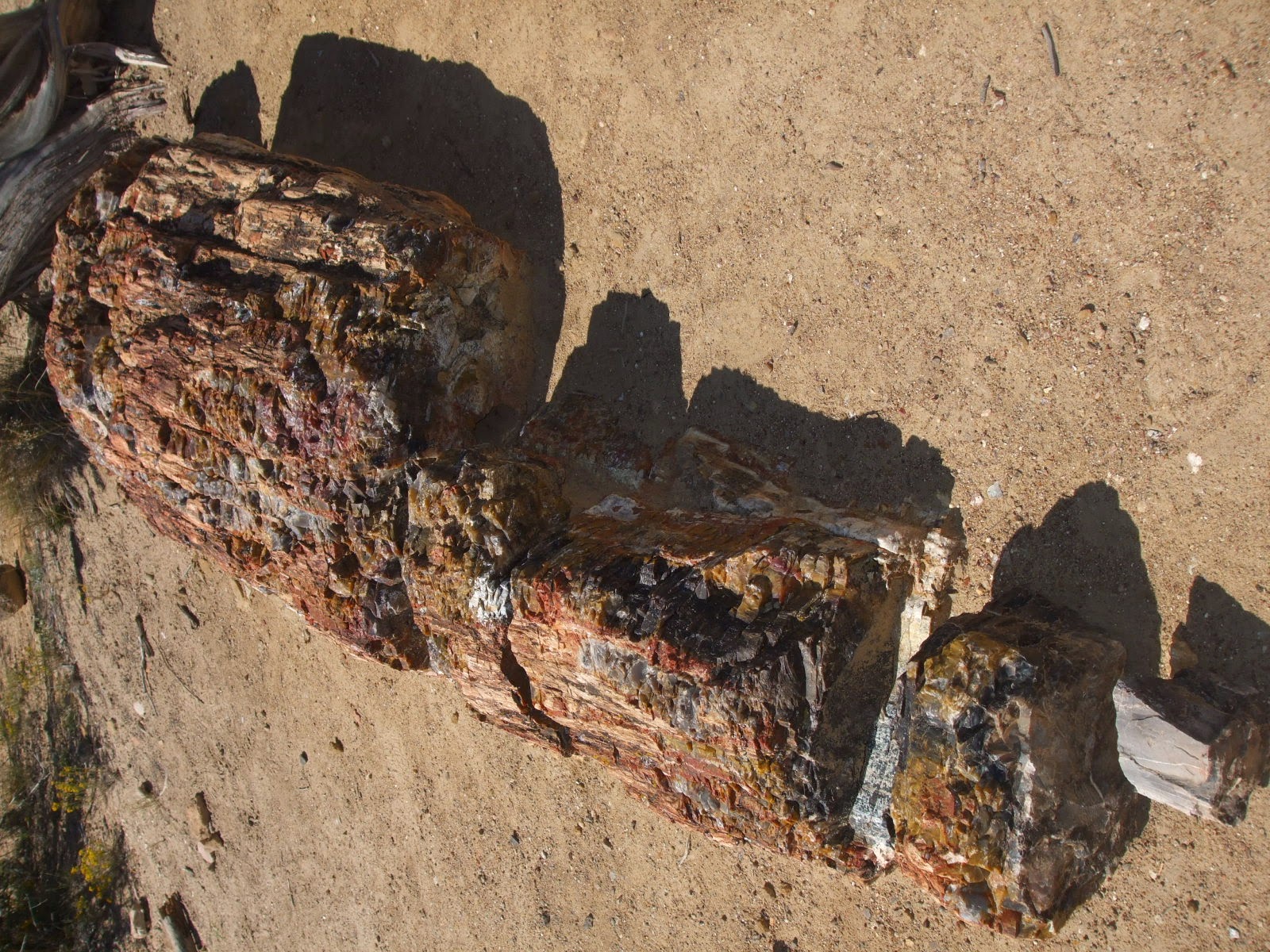 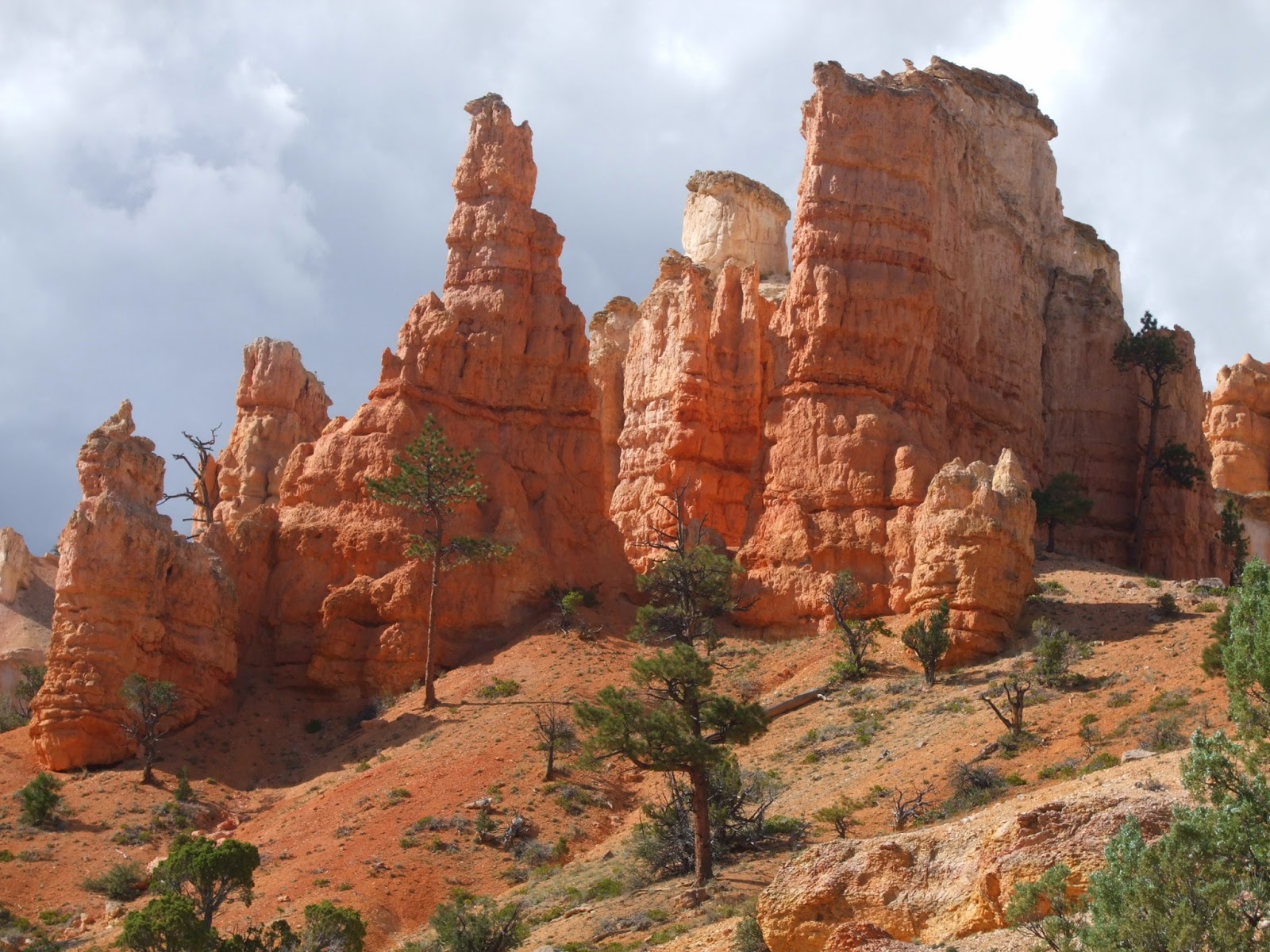 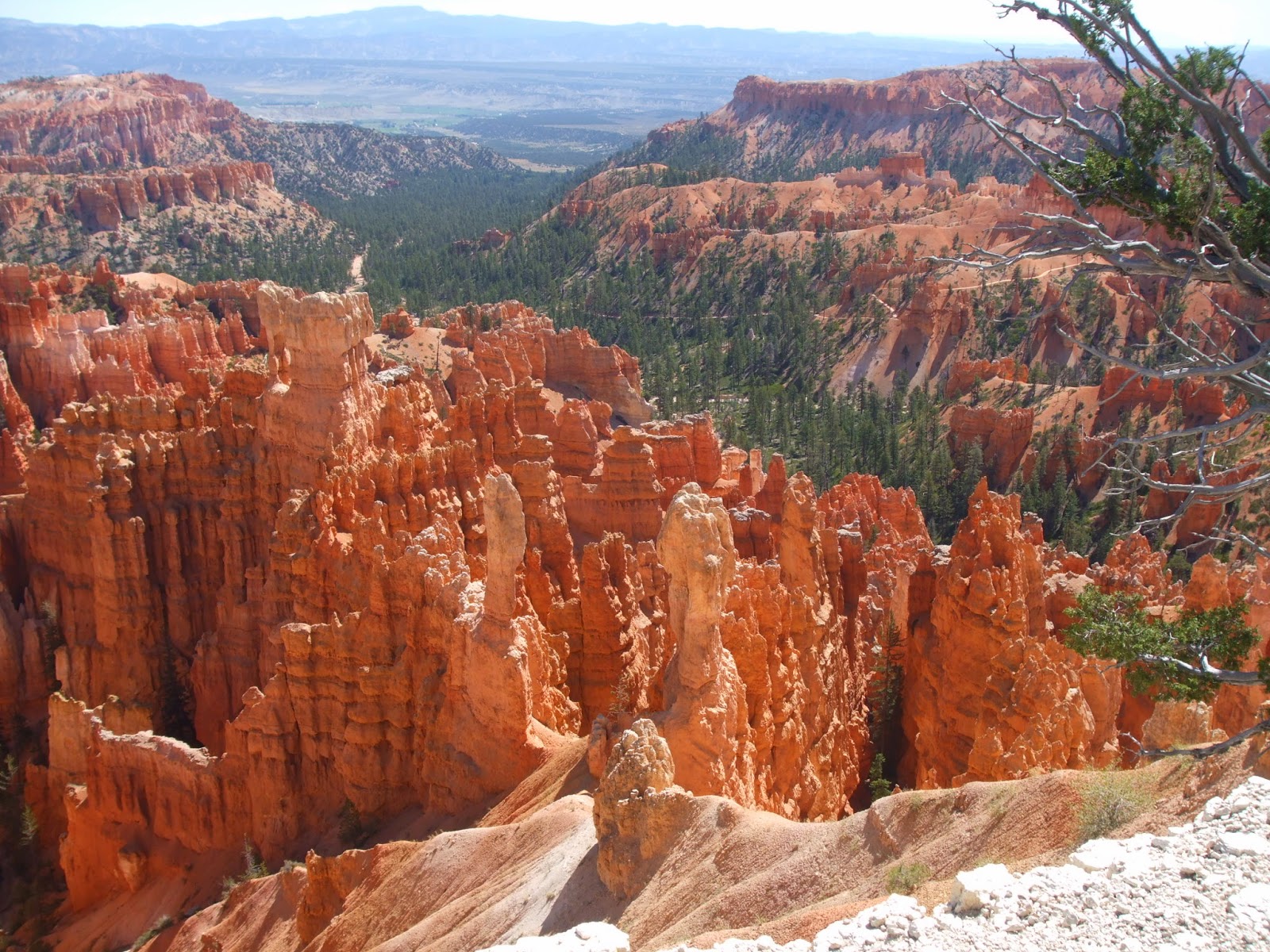 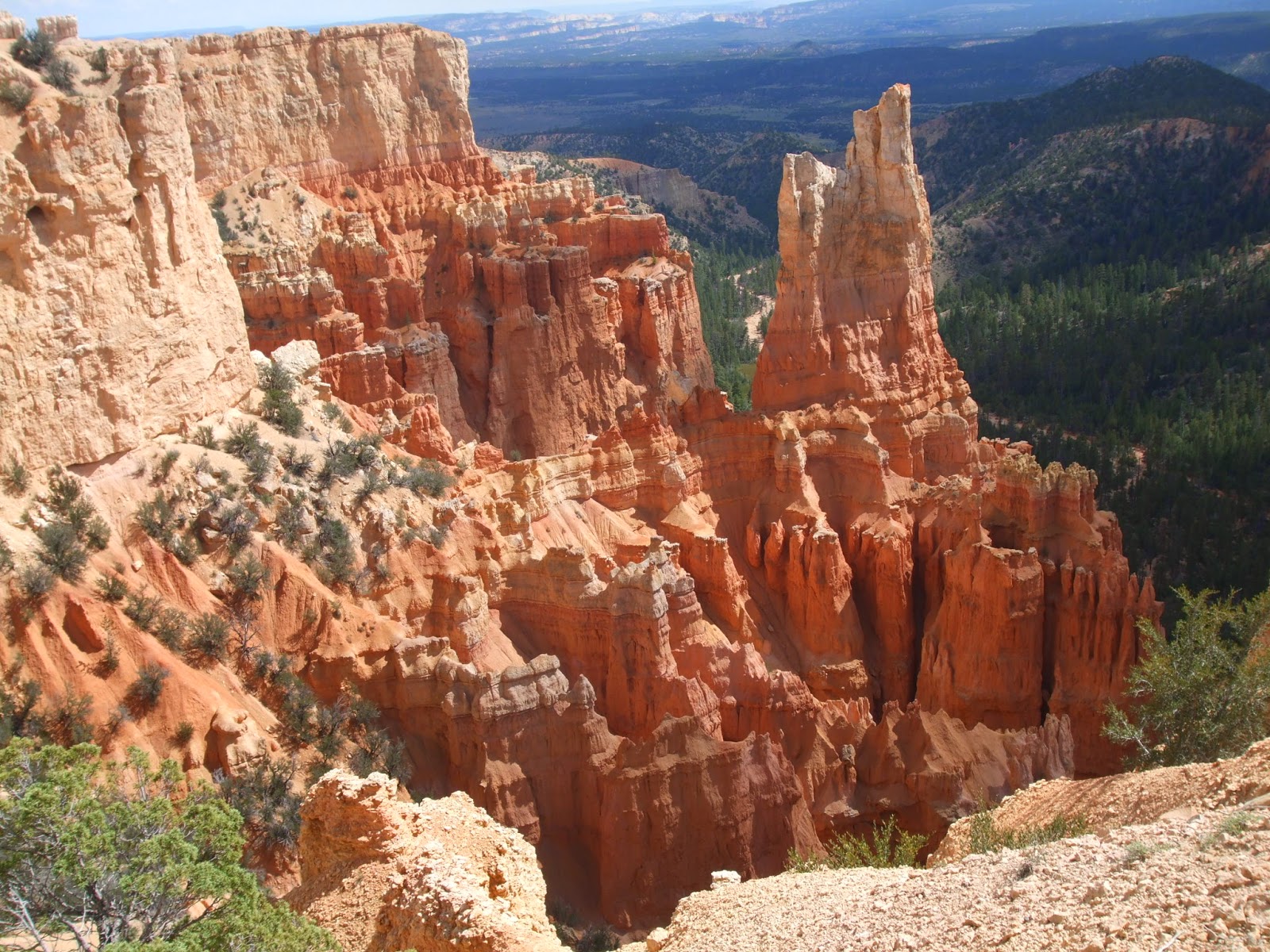 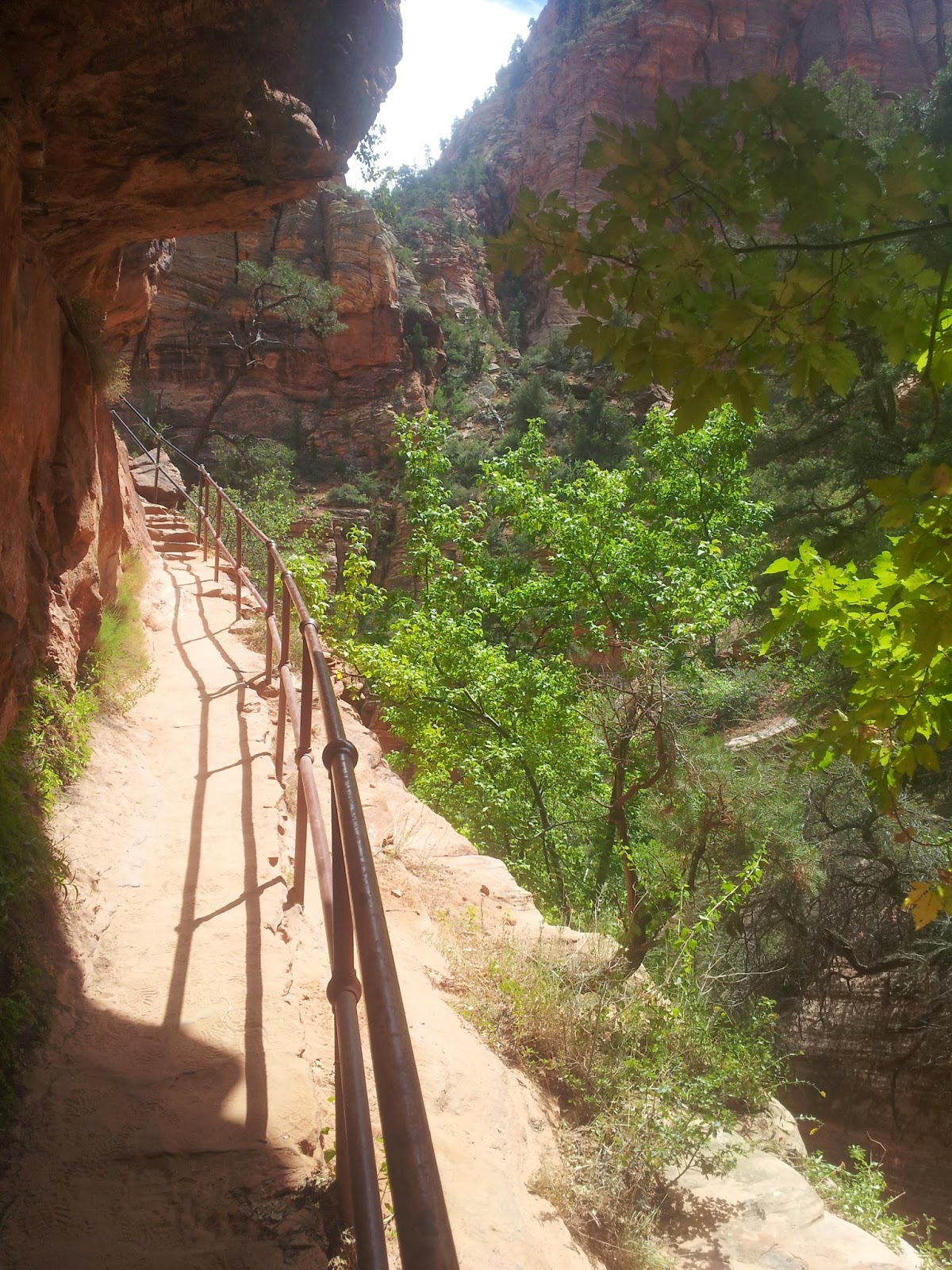 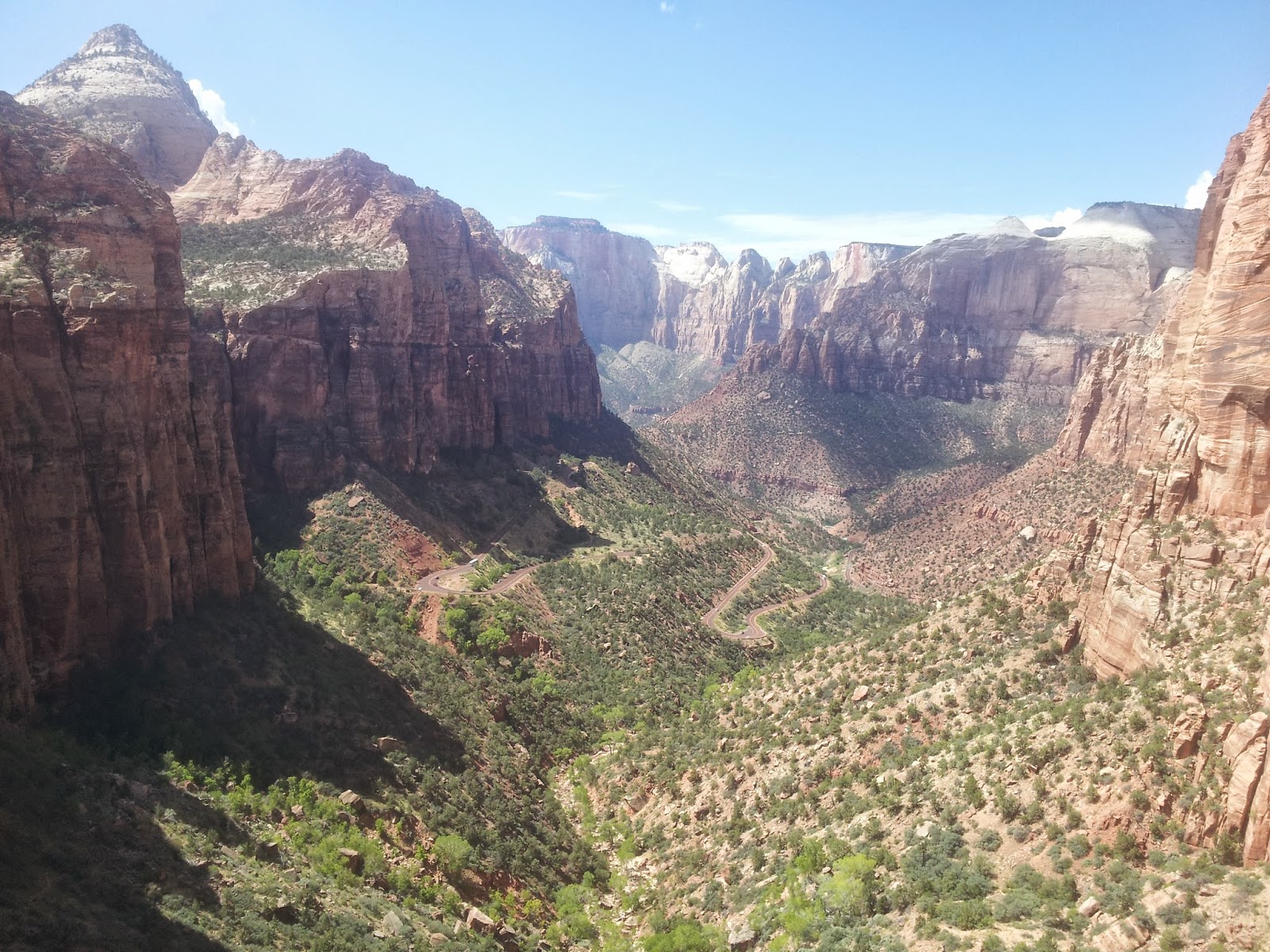 We have had numerous people take pictures every day, but this guy spent well over an hour and photographed every inch, including underneath! 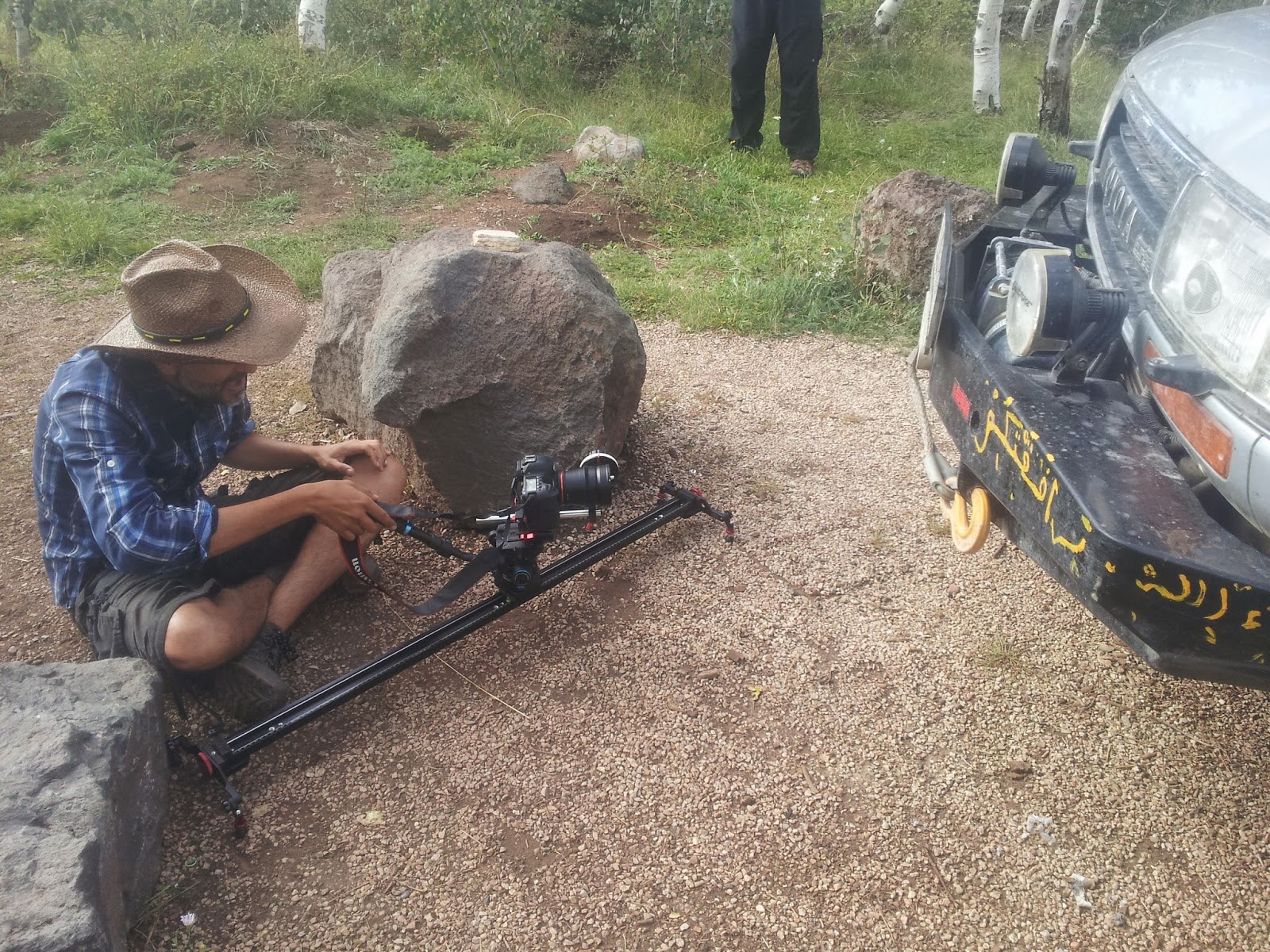