We left the biggest to last, but almost went on without seeing it. We arrived at Williams just south of the Grand Canyon on Friday evening after passing through a storm. It caught up with us a couple of hours later and continued through the night and on and off all the next day, with high winds, monsoon like rain and even some hail.

Fortunately the camp ground 'Railside RV Ranch' run by Patrick and Tammara (half Apache, half German) has an excellent communal room and they also provide breakfast, so made life a lot easier for us. We spent most of Saturday in the communal room, including watching 'Broken Trail' (a 3 hour western with Robert Duvall) from their extensive DVD library, after which the camp shuttle bus took us into town for dinner and collected us at 9pm.

If it was still raining the following morning we were considering moving on without seeing the Grand Canyon, if so the title of this episode would have been 'Rain Stopped Play'. Fortunately the sun was now peeking between the clouds so we headed for the Canyon, but decided on a round trip taking in a Volcano and some prehistoric buildings on the way and entering the Canyon via the East Rim. Trouble is we spent too long on the diversion and arrived at the Canyon at 4pm (I thought this would be a good time but much of it was already in shade), so headed back to Williams.

Plan was to head on to Las Vegas in the morning, but decided to give the Canyon a fair go, so headed back up by the direct route before heading on towards Vegas. When we got there we jumped on the shuttle bus along the south rim, a few stops and a short walk and by the time we got back to the cruiser we just had time to drive back to Williams before dark!

The Grand Canyon truly is immense, and not really what we expected, as it is really loads of smaller canyons inside one large one and is almost too much to take in. 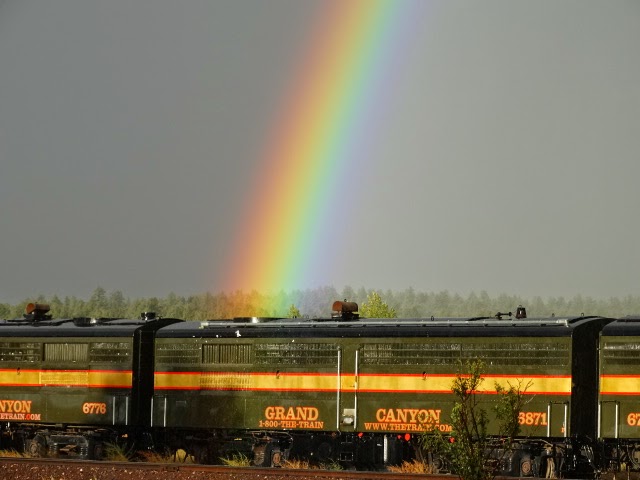 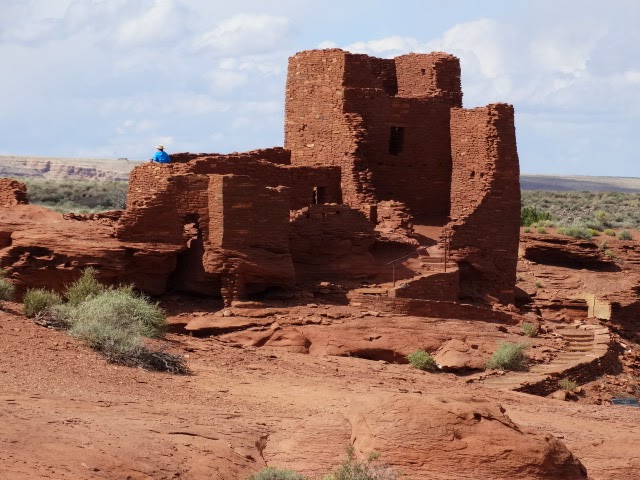 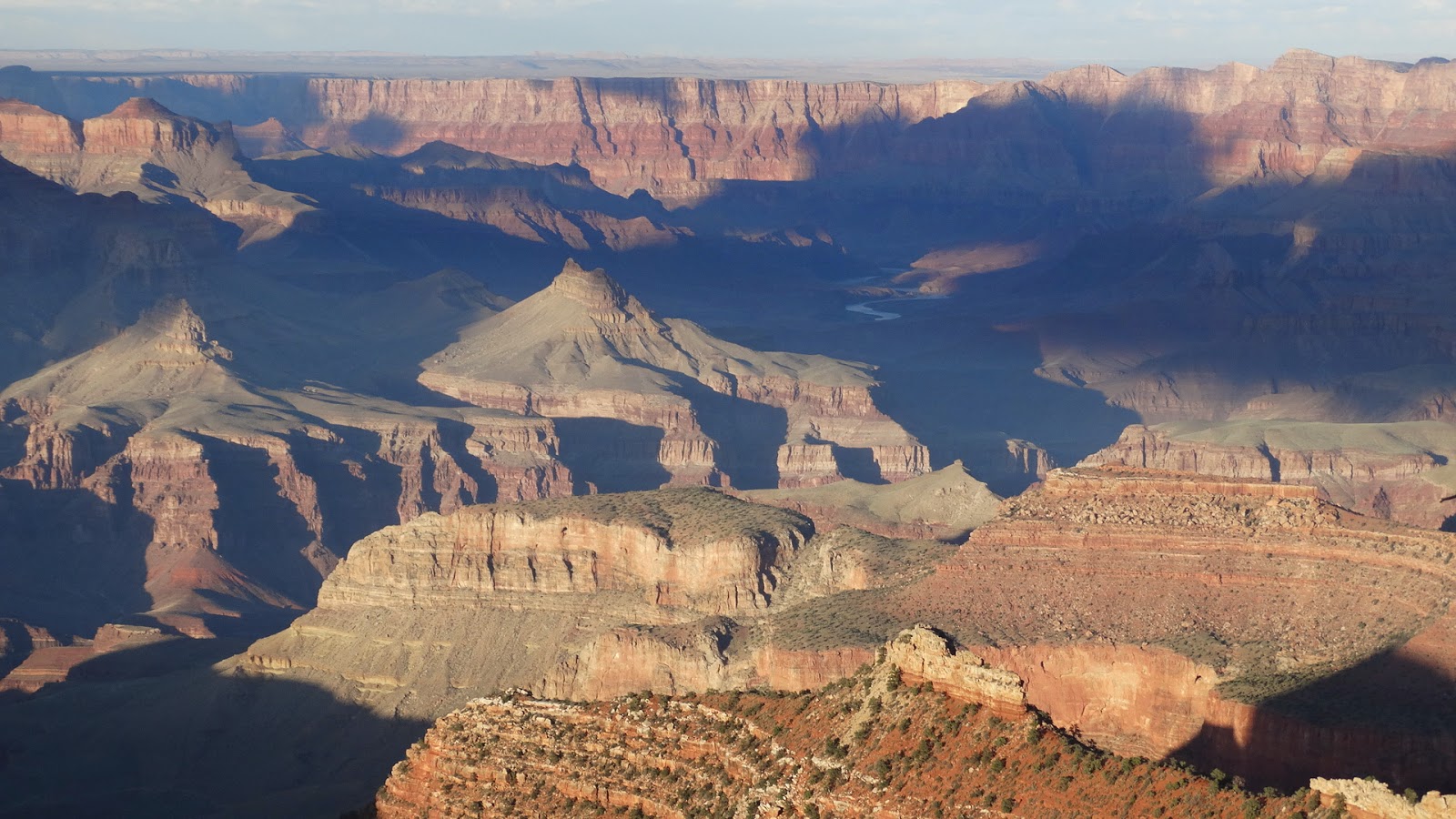 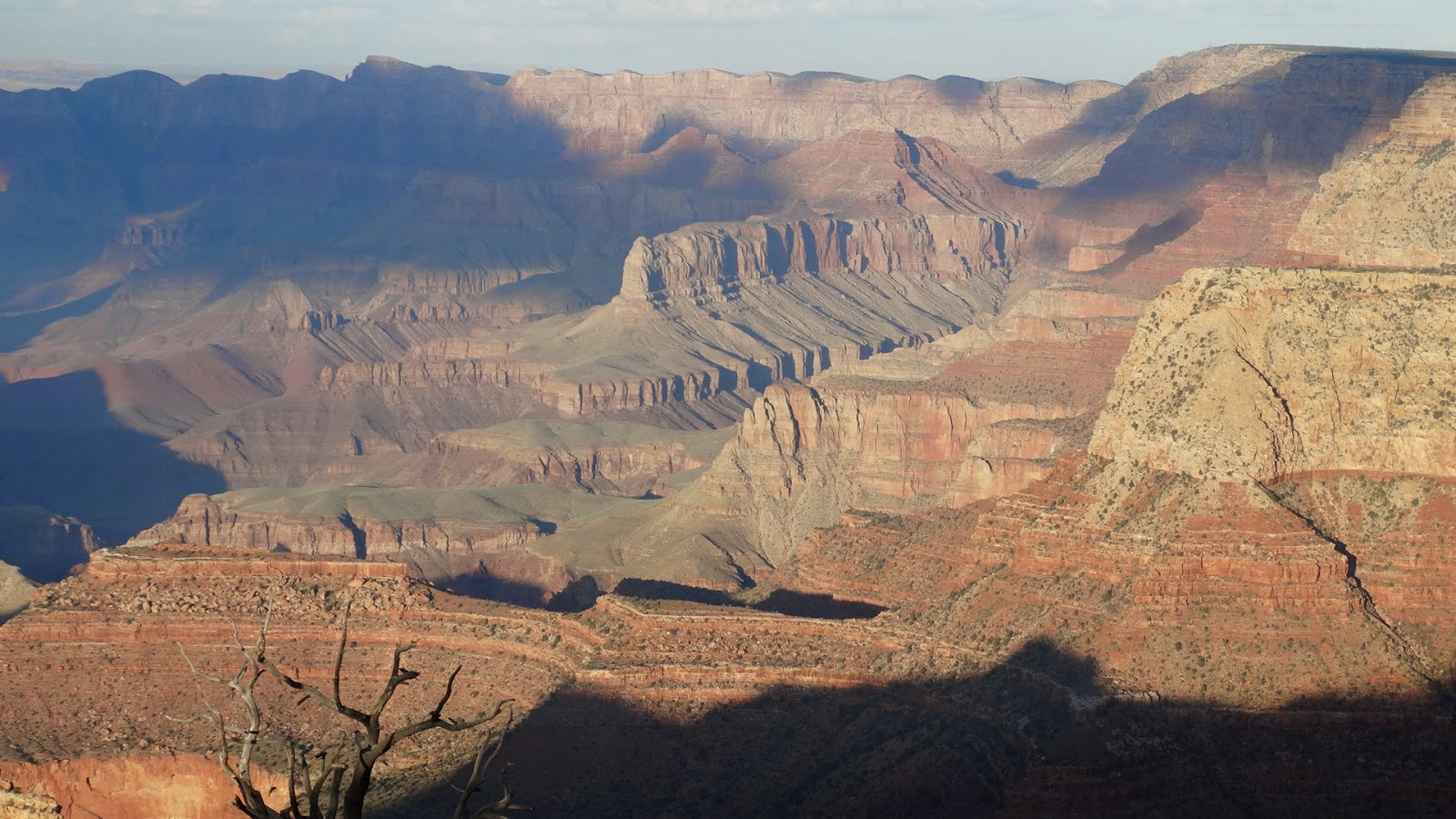 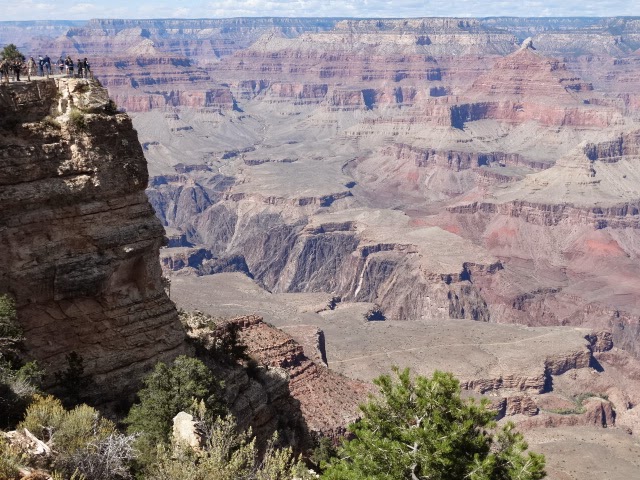 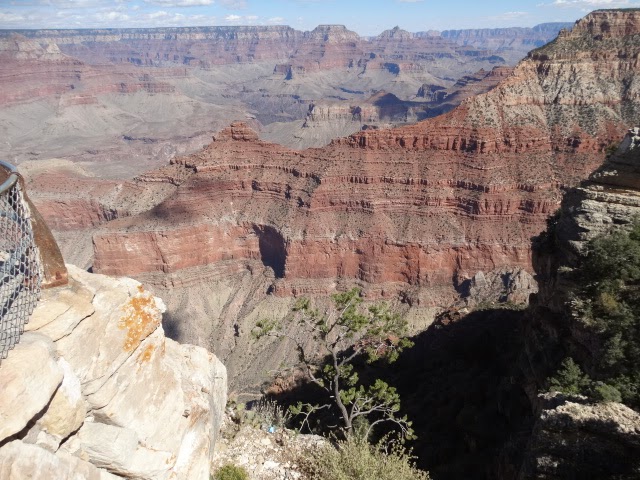 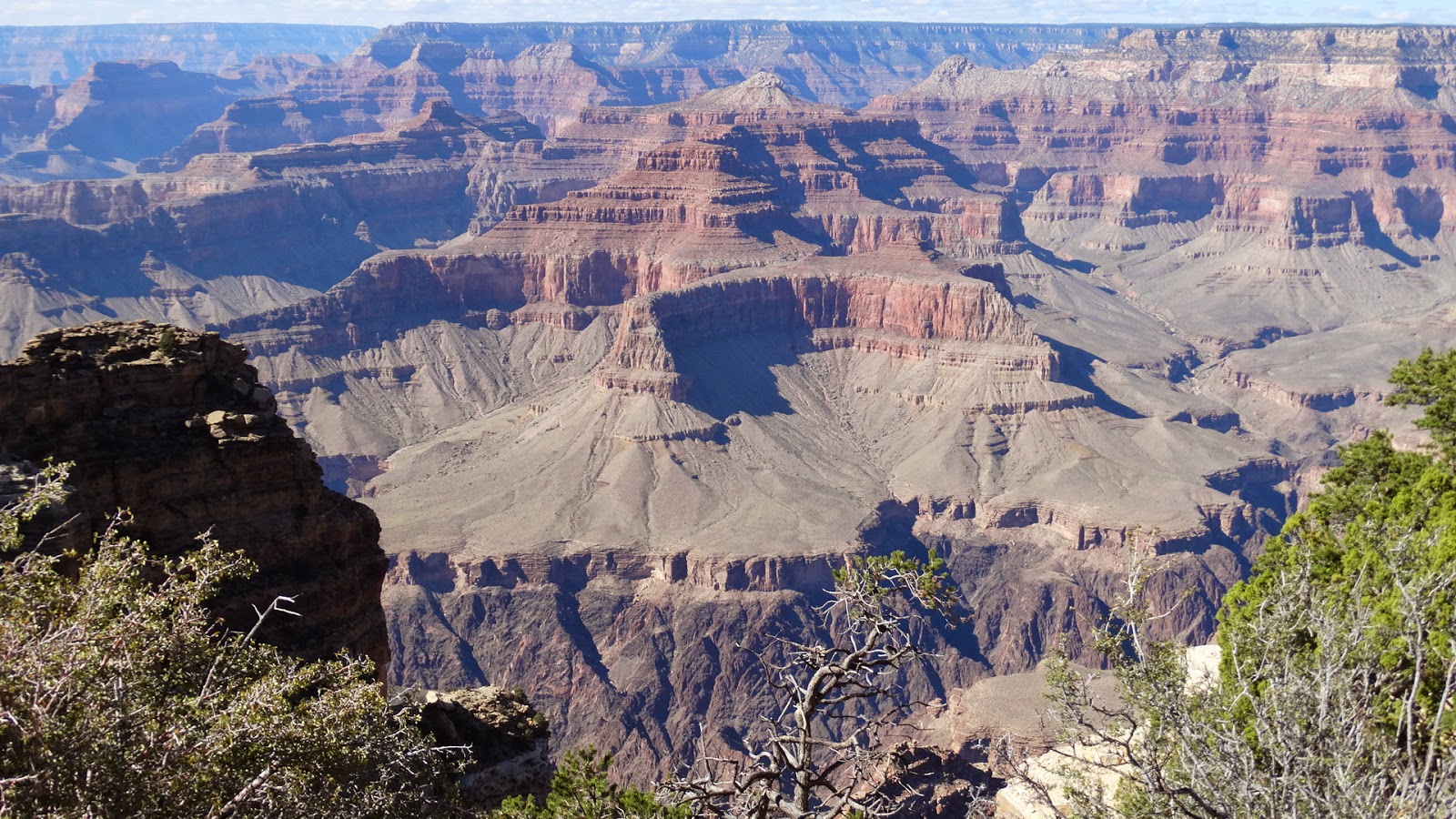 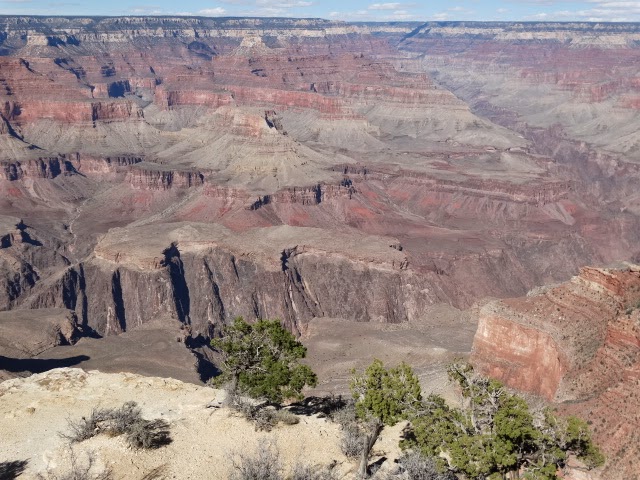 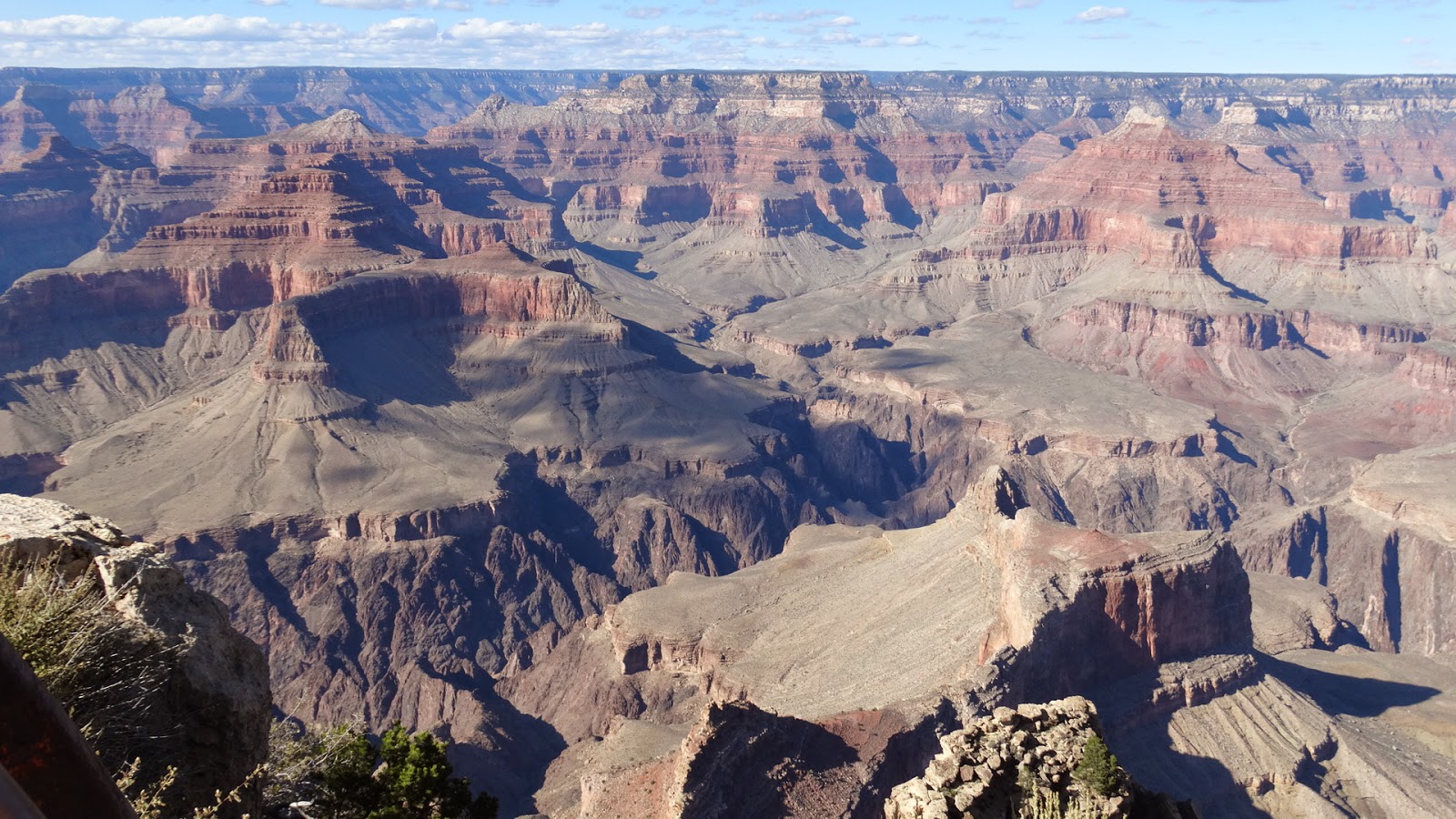 And finally a couple of female Elk taken through the window of a moving bus. 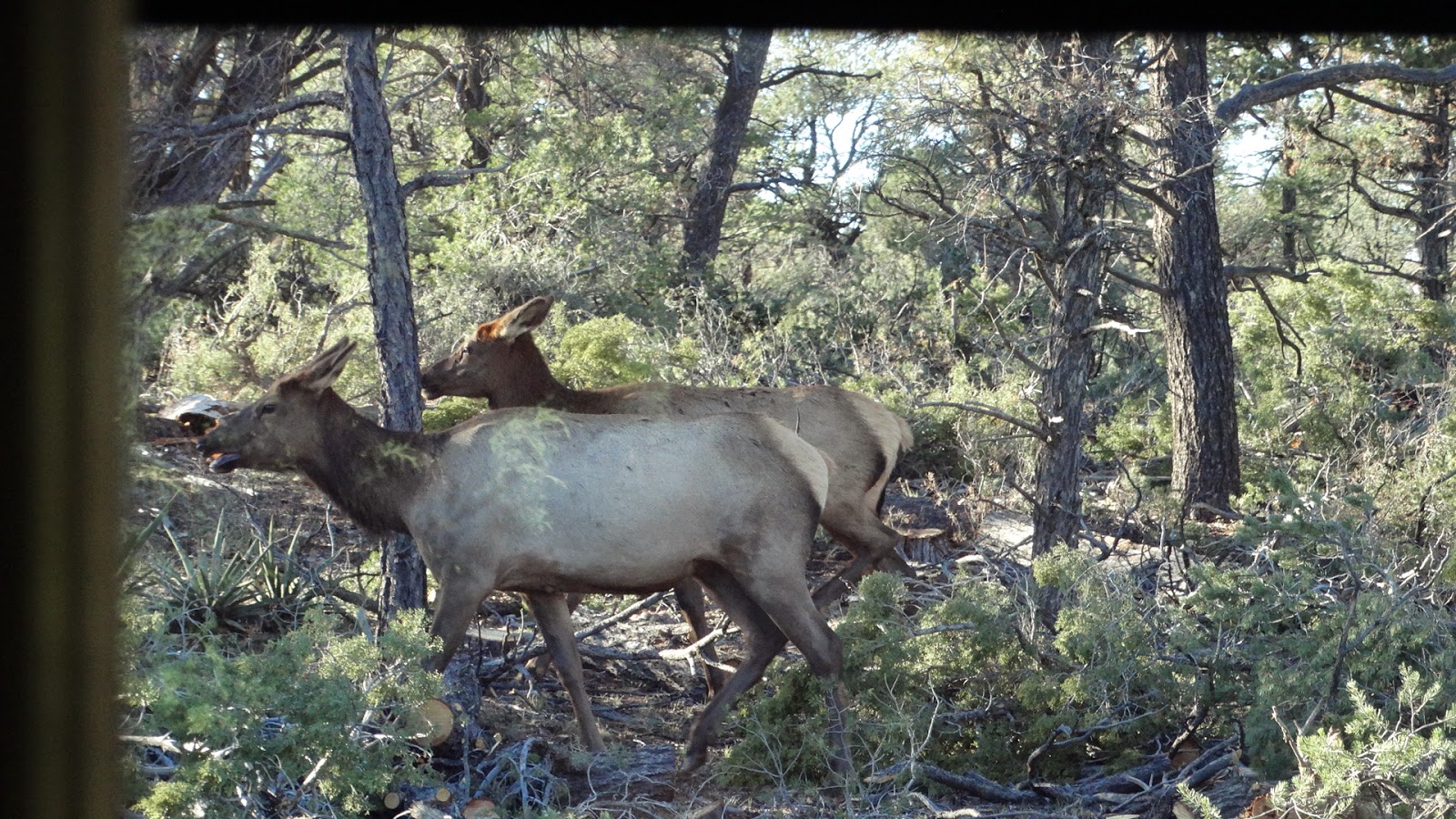