We spent 2 days in Mesa Verde, staying at a camp site in Cortez, moved on to Bluff (the other end of the hole in the rock road taken by the Mormons from Escalante, then moved on the Monument Valley, possibly the most impressive scenery so far! and from there to Winslow, on probably the hottest days so far (well into the 40's (at $3.70 per gallon, a US gallon is 3.8 litres, which makes it about 60p per litre!!!).

The last 2 days we have been in Prescott, getting the electrics checked out again and installing a 60 watt folding solar panel, which should be powerful enough to keep the fridge powered when we stop for a few days. A big thanks to Martyn at Adventure Trailers, who spent a considerable time with us yesterday going through everything, confirming that the output of the alternator was low and also putting me in touch with someone who can hopefully solve our problem. But the solar panel means we don't have to rely on finding a camp site with hook up so often and there are lot of free sites (with no facilities) so means we don't have to pay for a camp site at all (unless we want internet). It is fortunate we did stay in this campsite last night as the rain has been torrential, it is quite cold today and they provide breakfast! They have a really nice communal room with a large TV, easy chairs and a desk with a comfortable office chair (which I am currently sat in), so is almost like being at home, especially with the wind howling outside.

Mesa Verde was very interesting, but what I found incredible is that they did not start to build the first rudimentary houses until about 1100AD and Winslow (UK) was an established town before 800AD. 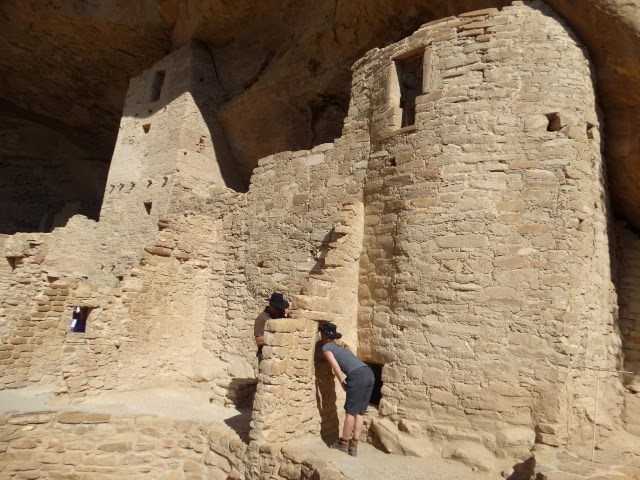 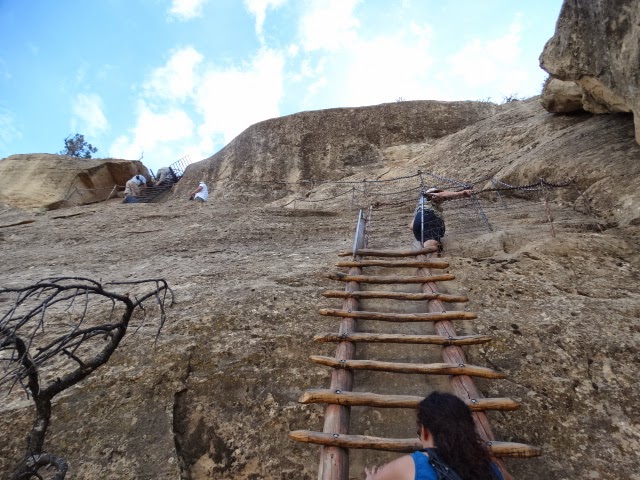 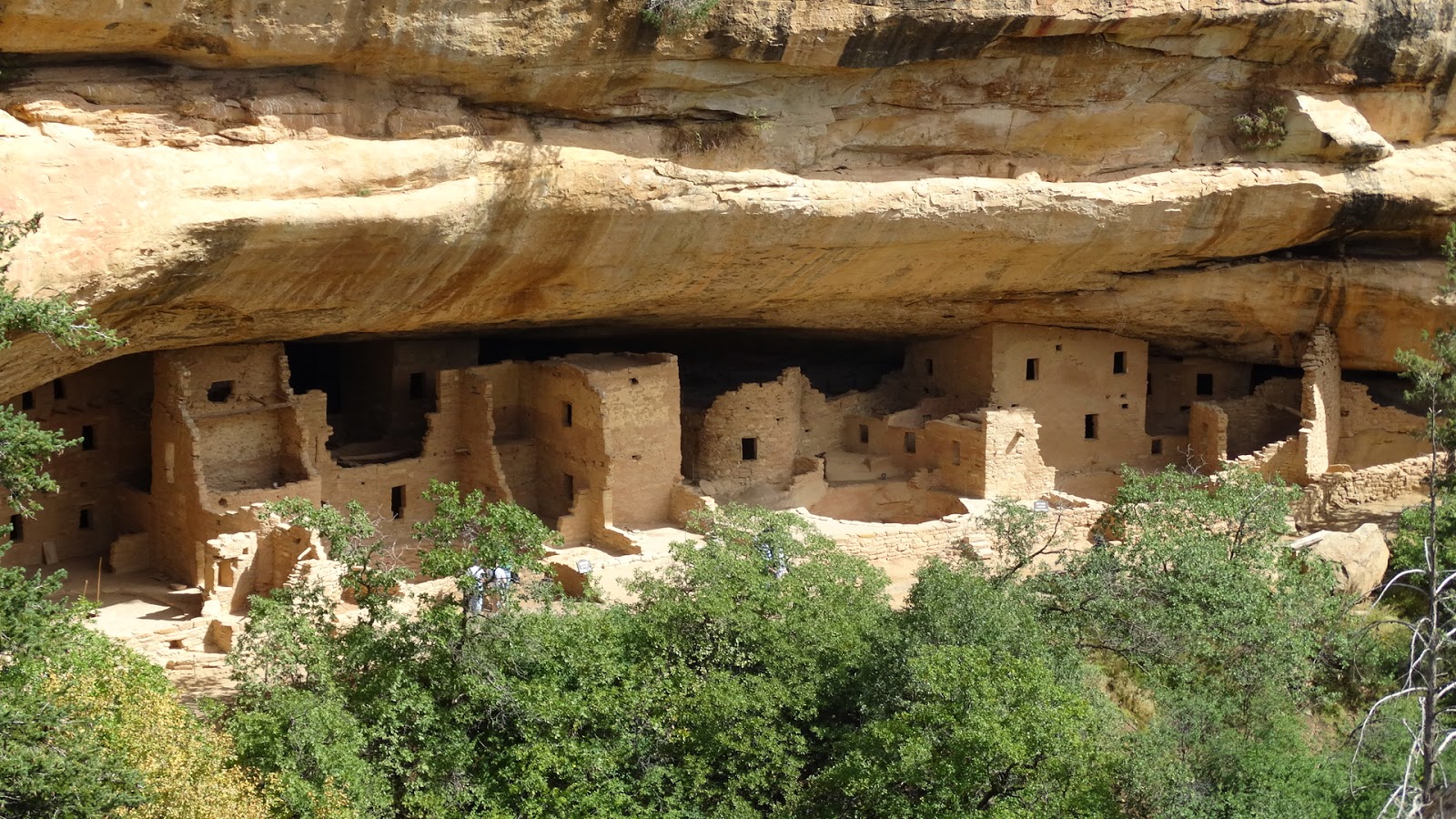 In Bluff they have recreated the original cabins (in the original locations) of the Mormons that travelled from Escalante (all except one were taken down to use for building other houses, when they moved to larger plots, the one that was left was expanded by using 2 of the other cabins). In each cabin pressing a button told the story of the original occupant. recounting not just the epic journey from Escalante, but of their journeys across America to get there.  One of the most interesting was that of someone originally from Wales who was working down the mines at the age of 6. His family emigrated and he used his blasting skills to create the hole in the rock that they brought the wagons through. But many of the stories were fascinating for the amazing hardship they endured even getting to Escalante in the first place, some having to push hand carts for 00's of miles in freezing conditions with just 17lbs of personal luggage each.. 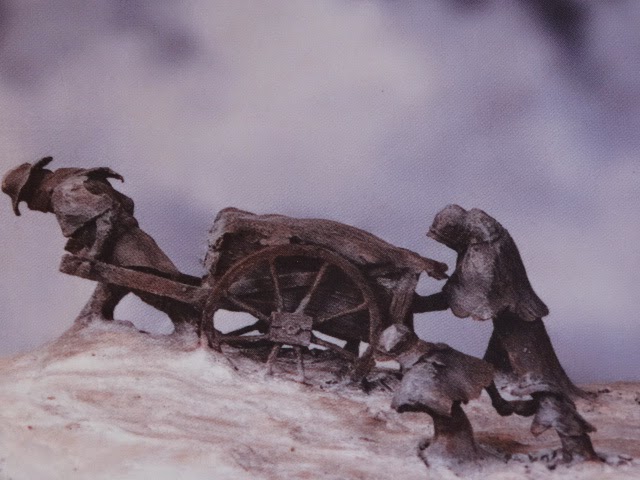 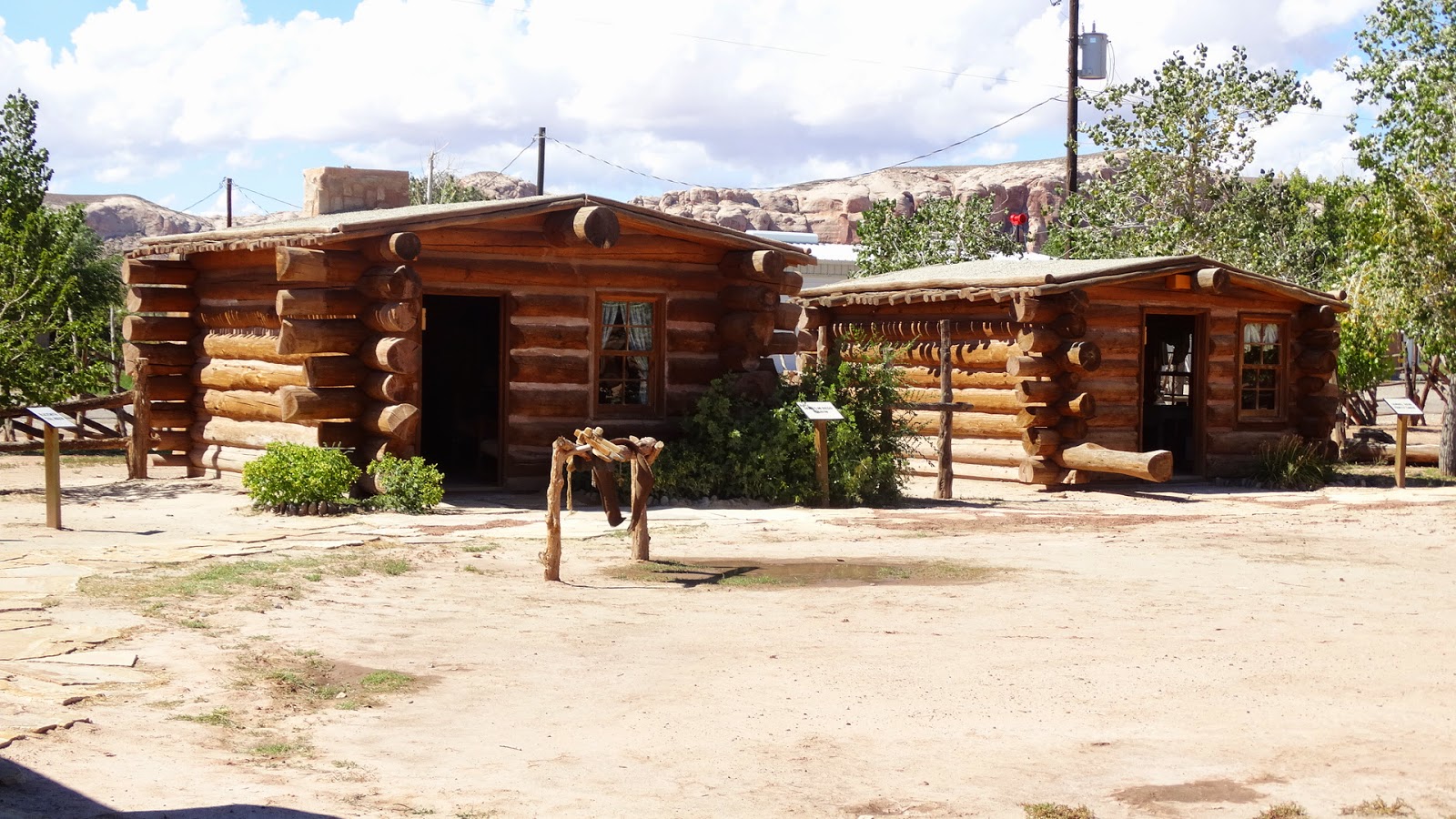 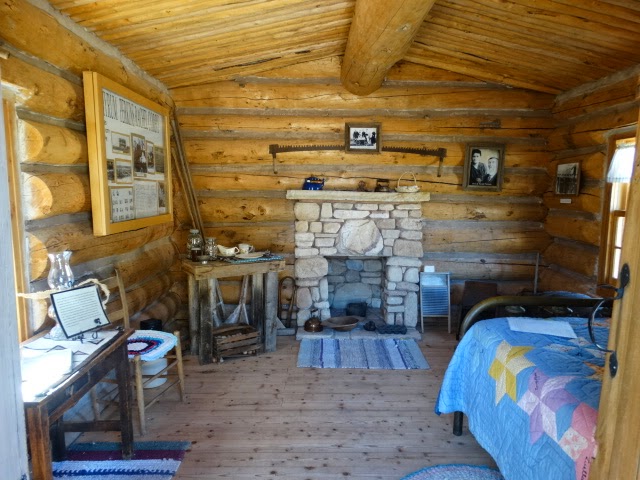 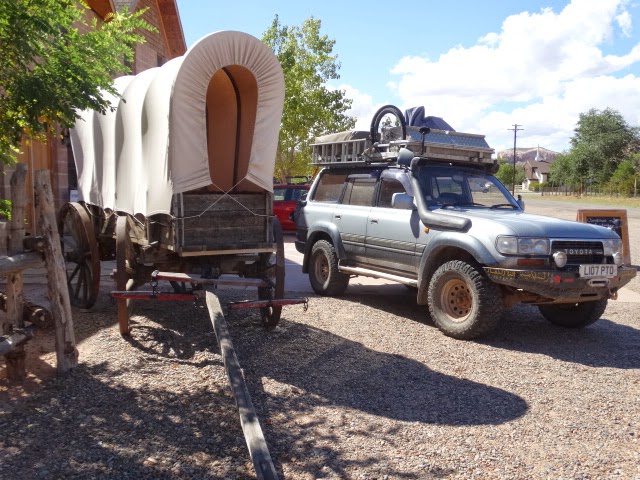 On the way to Monument Valley we stopped at  Goose Neck, part of the San Juan river, which started as a meandering stream 000's of years ago and still getting deeper. 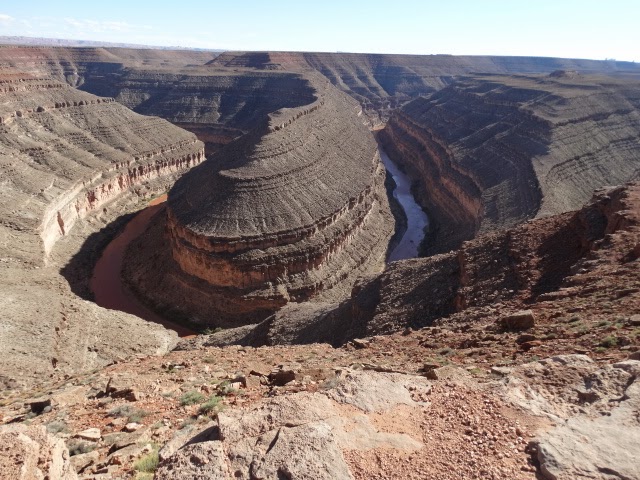 and at Mexican Hat 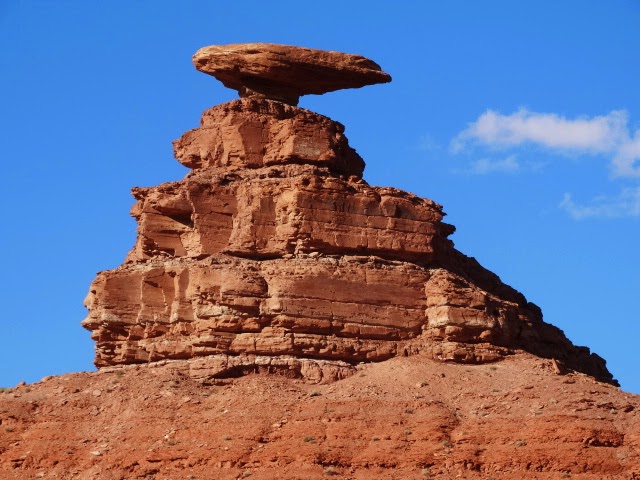 At Monument Valley they have a room dedicated to John Ford and John Wayne and they were playing She Wore a Yellow Ribbon on a TV, at the point where John Wayne and co are watching  Indians crossing the range in front of them. When we went outside we were directly in line with where that scene was filmed! 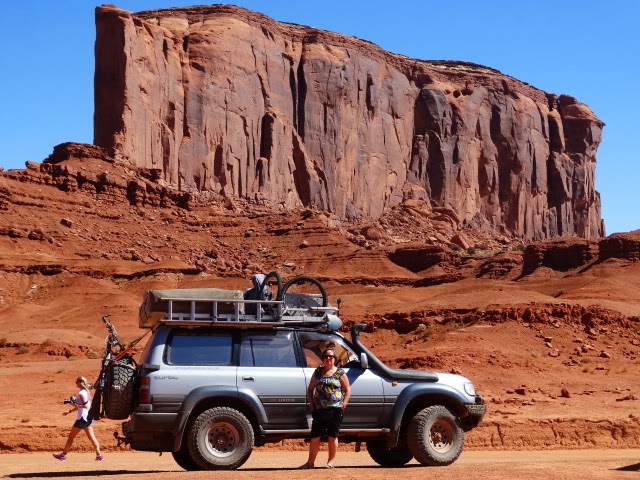 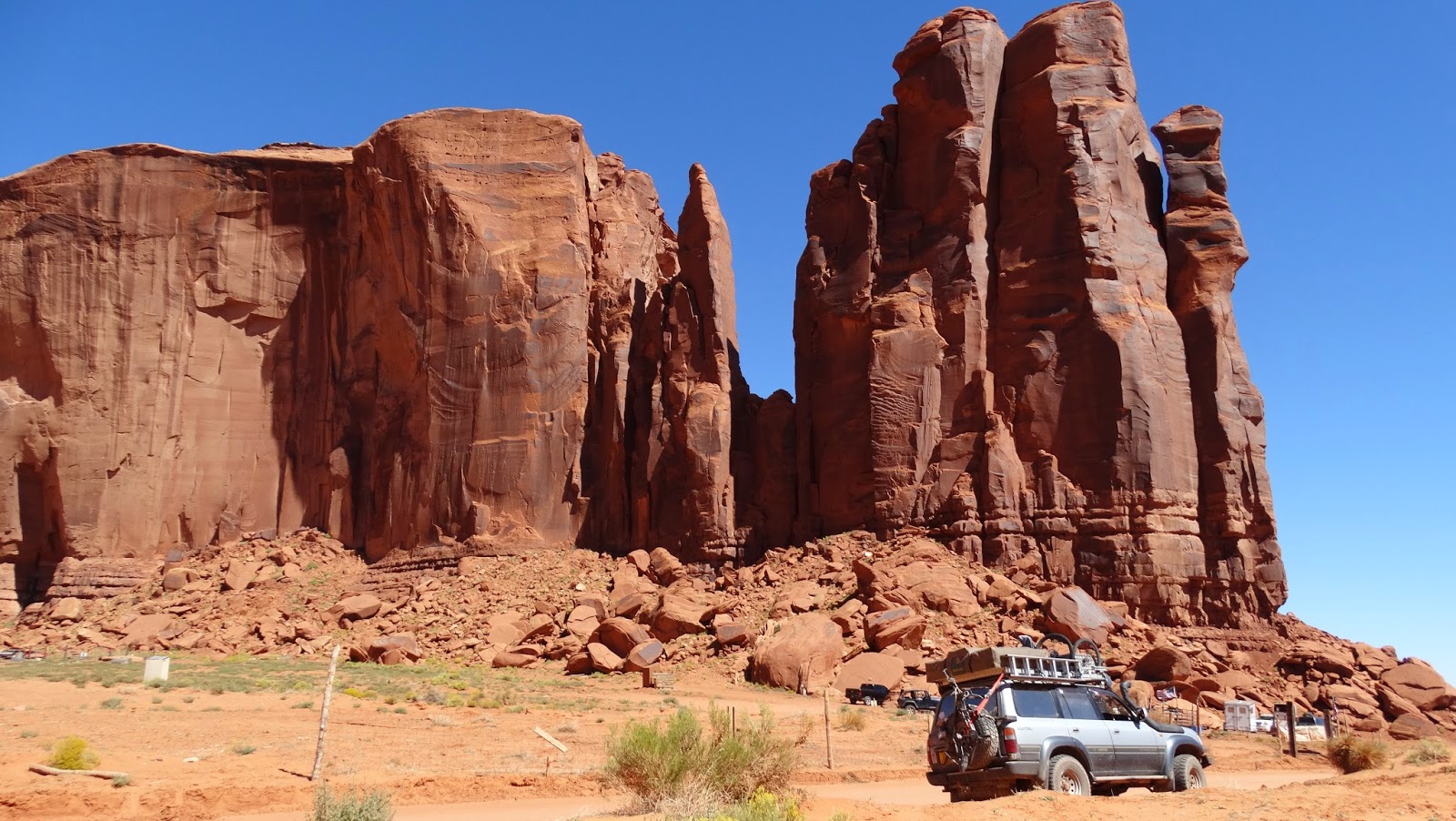 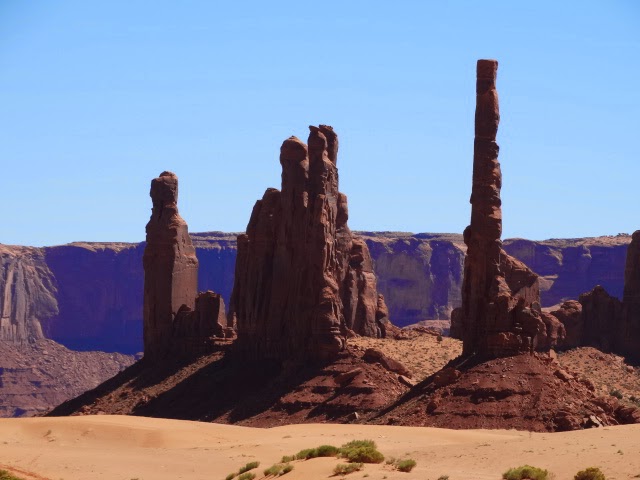 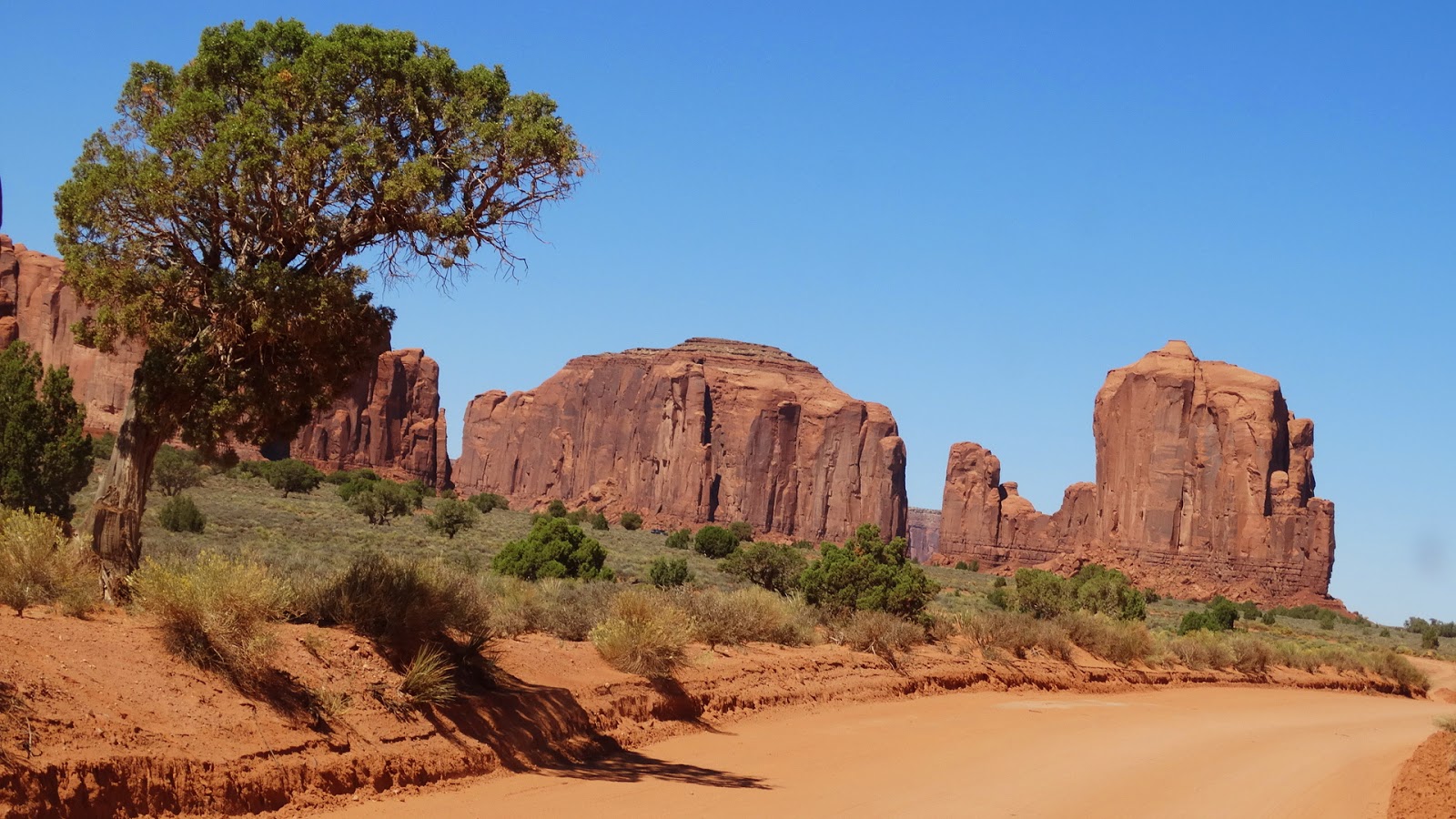 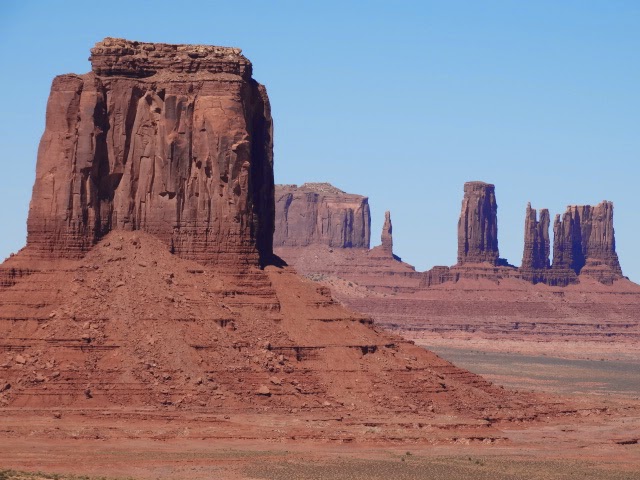 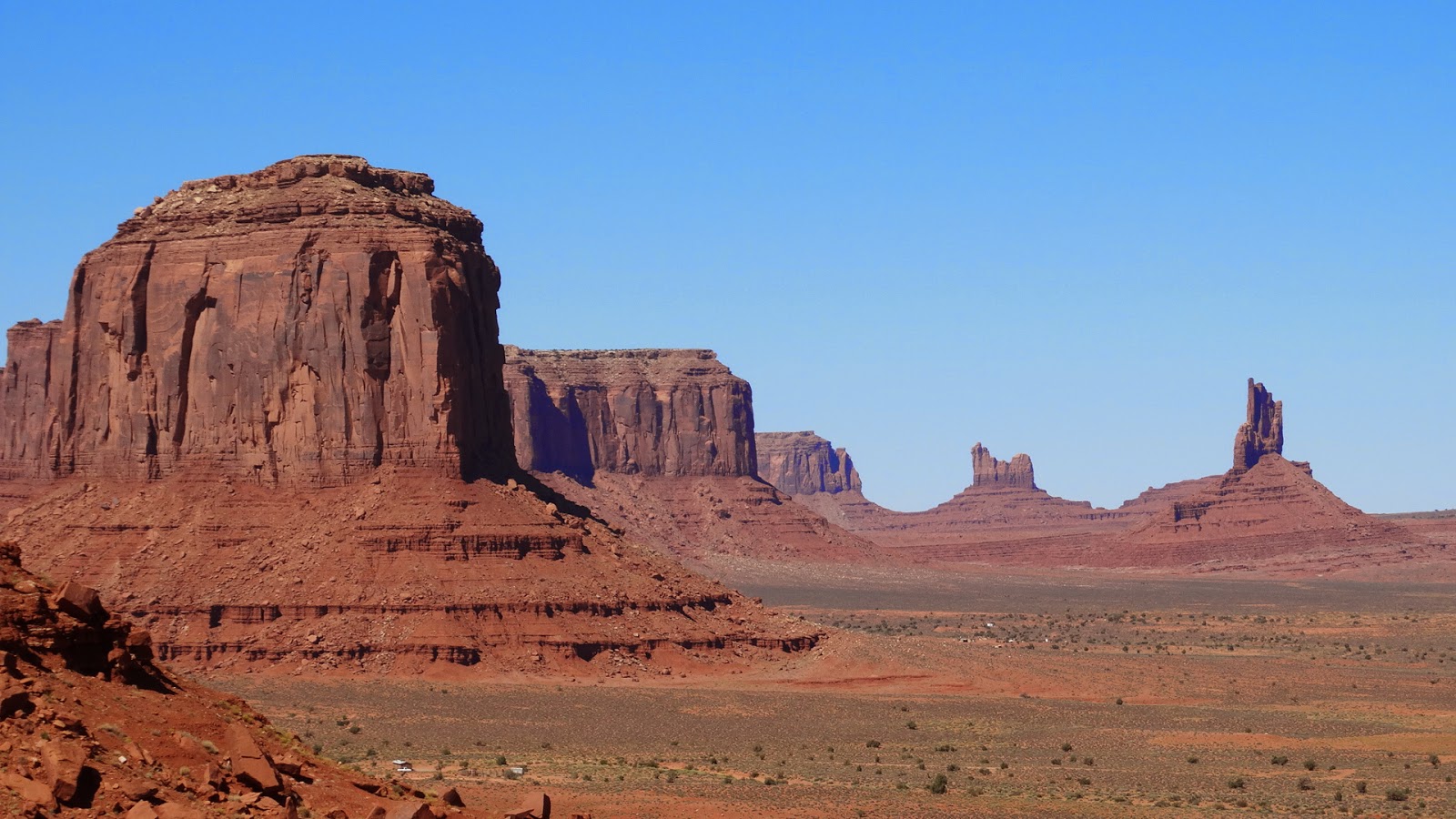 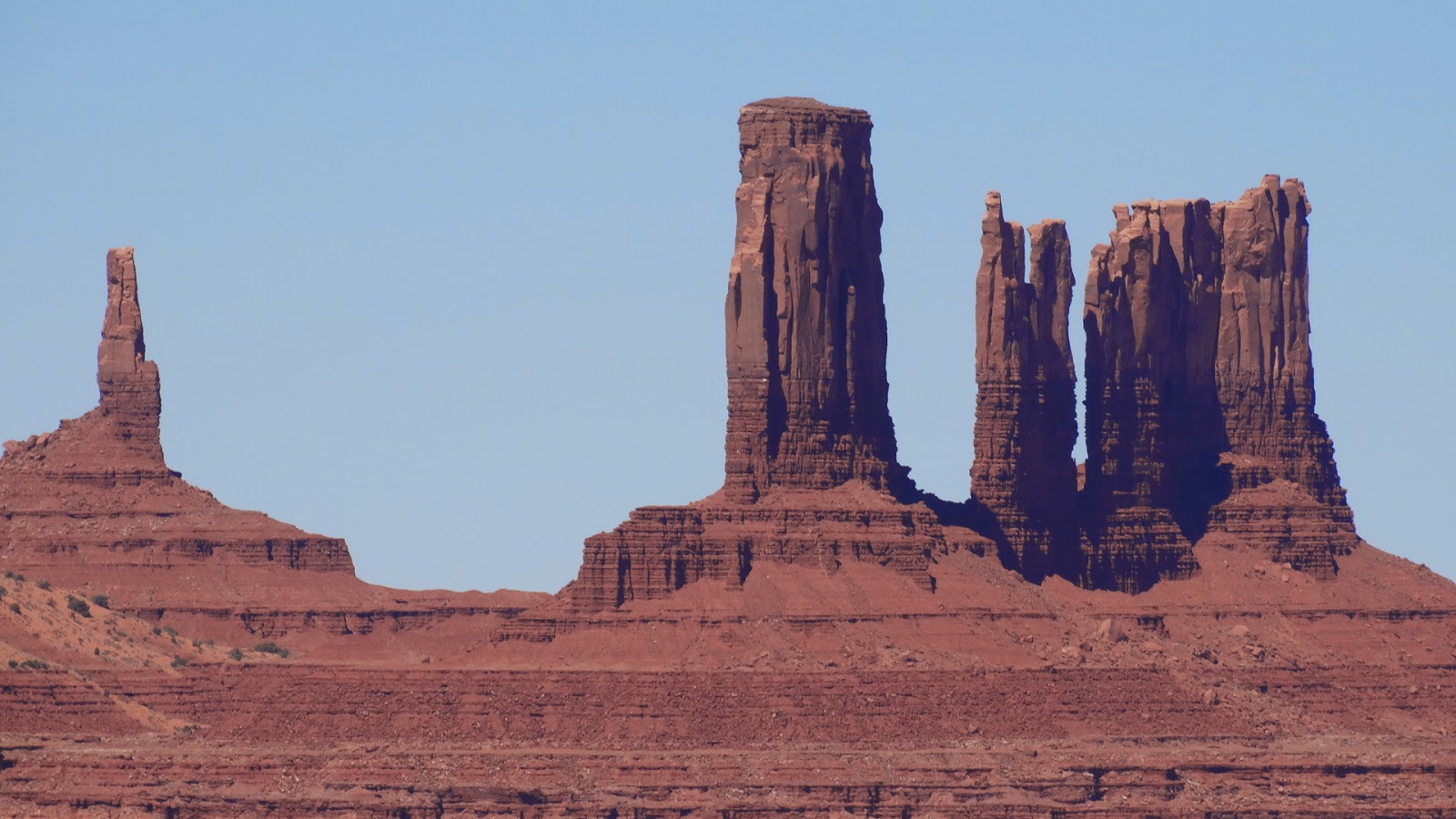 Although Winslow AZ is only 134 years old there is a lot about there early history, plus a statue and monument to the Eagles, (Standing on the Corner in Winslow Arizona) and make a lot about the fact that they were on route 66. It is a shame we do not make more of our own much longer history. 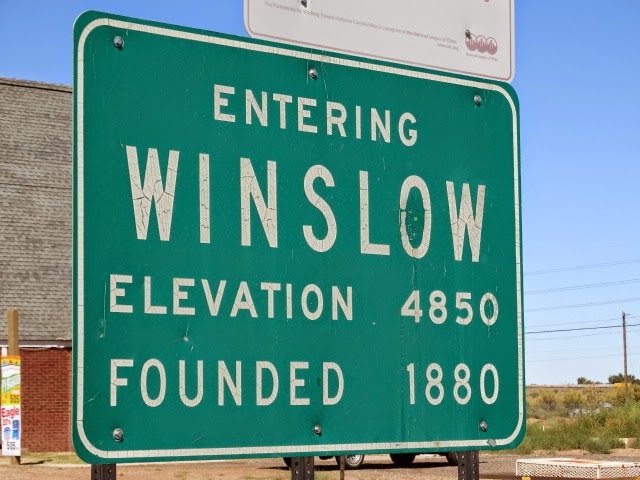 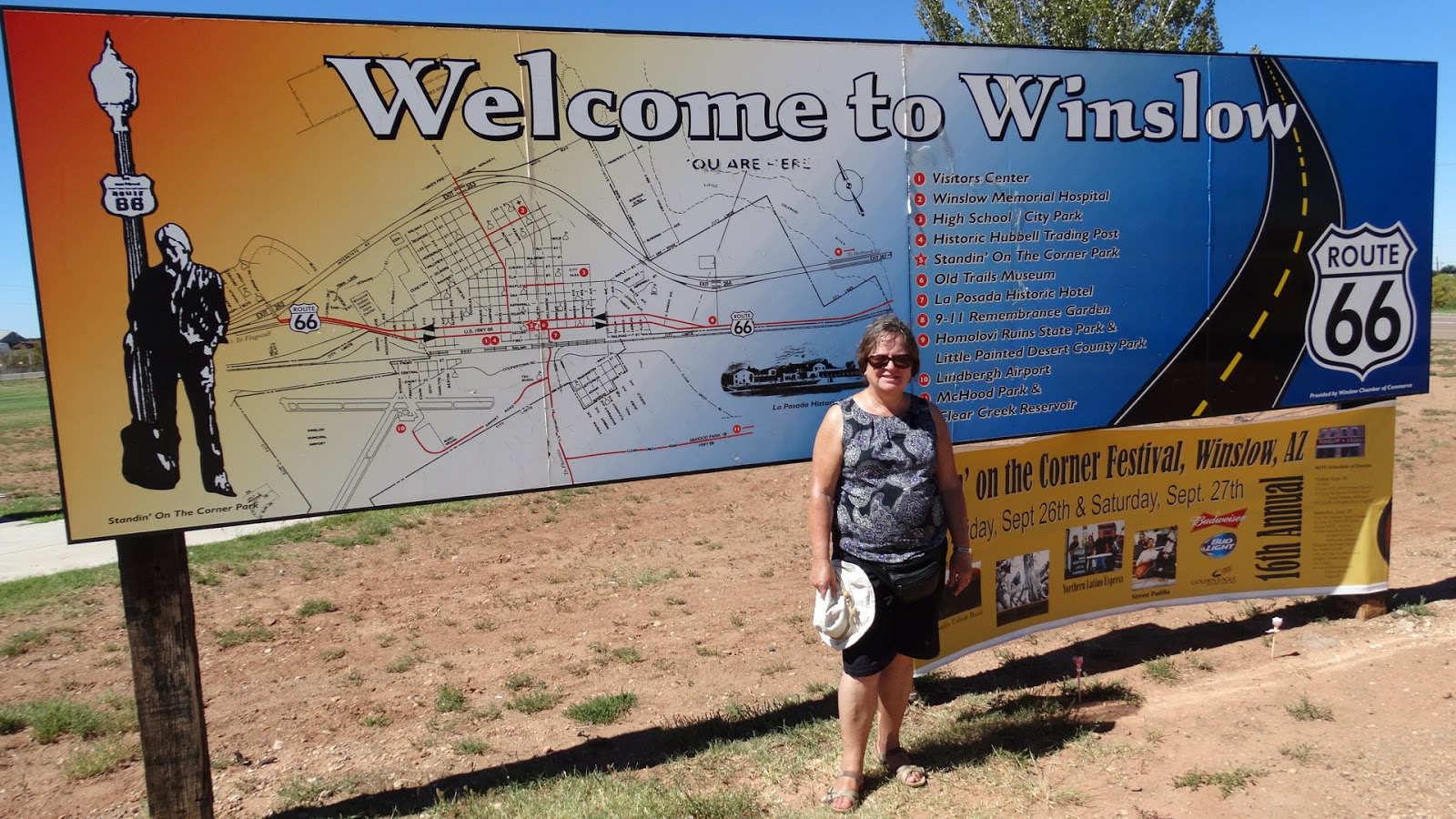 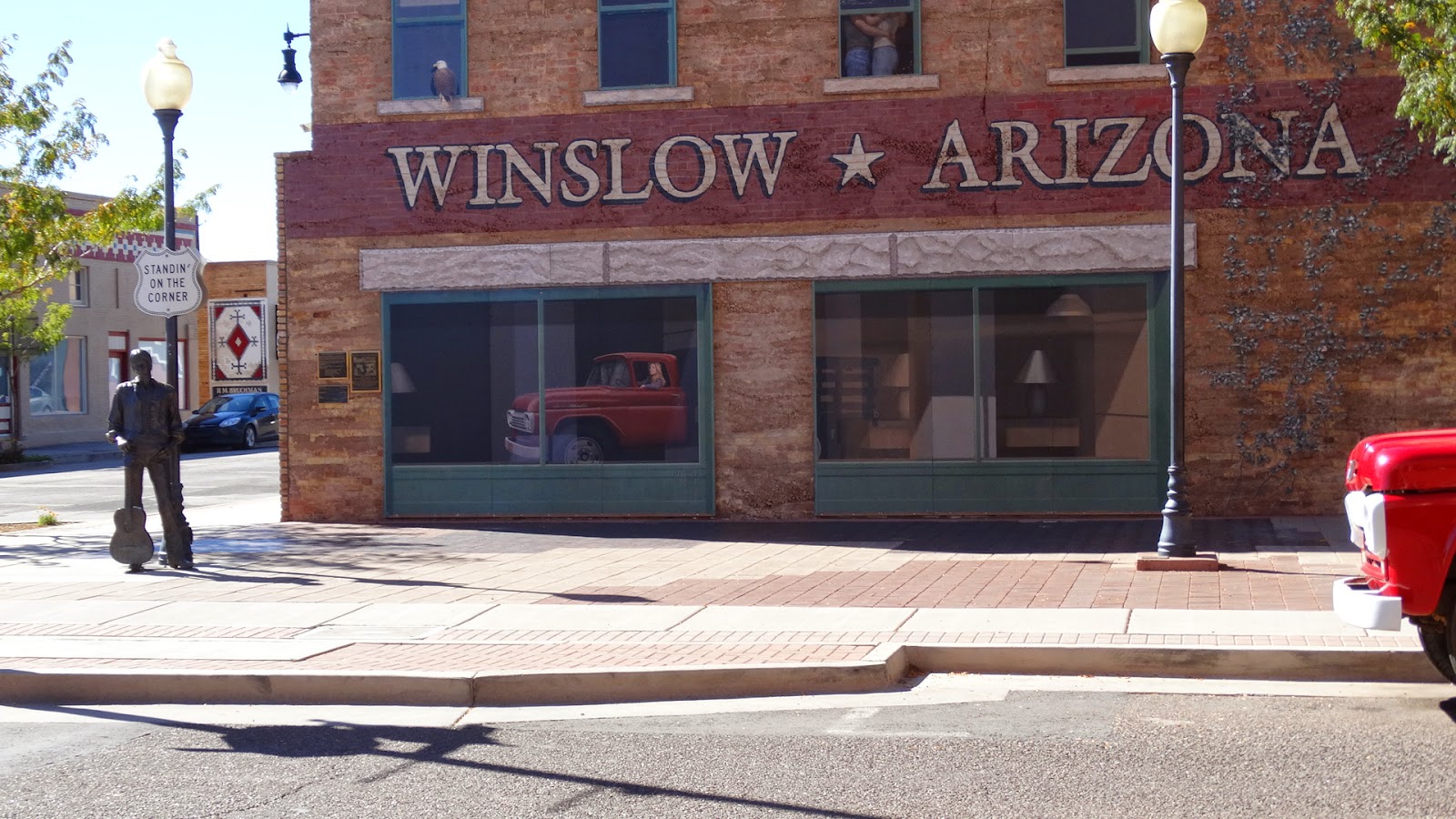 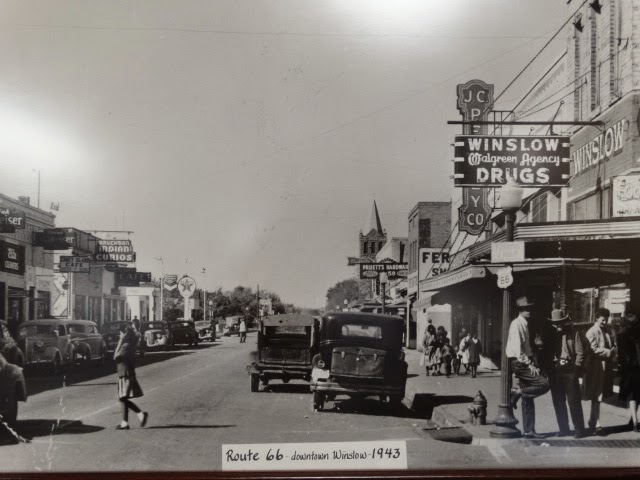