A few more stats before I begin, we have now topped 50,000 miles in the Cruiser since we bought it (only 2,000 of which have been in the UK) and that is according to the speedo! Due to the slightly larger tires we are actually doing approx 4% more! (well that is how I calculate MPG anyway), which by the way is now 20+, so having the intercooler fitted has improved consumption! We have also now slept in the roof tent for over 300 days, in just over 4 years, so it is all now starting to become cost effective.

We are now in Cortez, Colorado and in a few days will be in Winslow Arizona - (they are a lot closer in the US than they are in Europe!). Over the past week we have been in and around Moab, the 4x4 and mountain bike capital of the world! Unfortunately I have not had chance to get on the bike, but we have done a few 4x4 routes. The transfer case protection plate came loose again so I had a local specialist drill out holes in the chassis and weld nuts in so is now properly secured.

People here are constantly telling us that we have the steering wheel on the wrong side! I tell them that in fact it is on the right side! They think about it for a minute and then say, 'Oh yes, my mistake'

I am afraid the wild life photos are getting a bit tame, a toad, a rabbit and a bird,  the bird had amazing teal plumage, but unfortunately, at 50x zoom I could not catch it in flight. I also saw a coyote running across the road carrying something (possibly a rabbit) in its mouth, with 2 vultures circling overhead, by the time I stopped it was too far away to film.

Around Moab we spent a days in Arches and 2 days in different parts of Canyonlands, interspersed with 'short cuts' (that's what I told Chris) back to Moab via some quite interesting 4x4 tracks, with so many amazing photos it is difficult to pick out just a few.

We are pretty much canyoned out now (spell check wanted to change it to canonized and that is not too far off either). I did see 'Jesus Saves' on the back of a trailer, and was tempted to write 'and the rest of us spend' underneath.

We are visiting Mesa Verde tomorrow (and possibly the next day) to see the ancient cliff dwellings, which entails climbing long ladders and crawling through small tunnels (Chris doesn't know yet, she keeps telling me she likes surprises!) 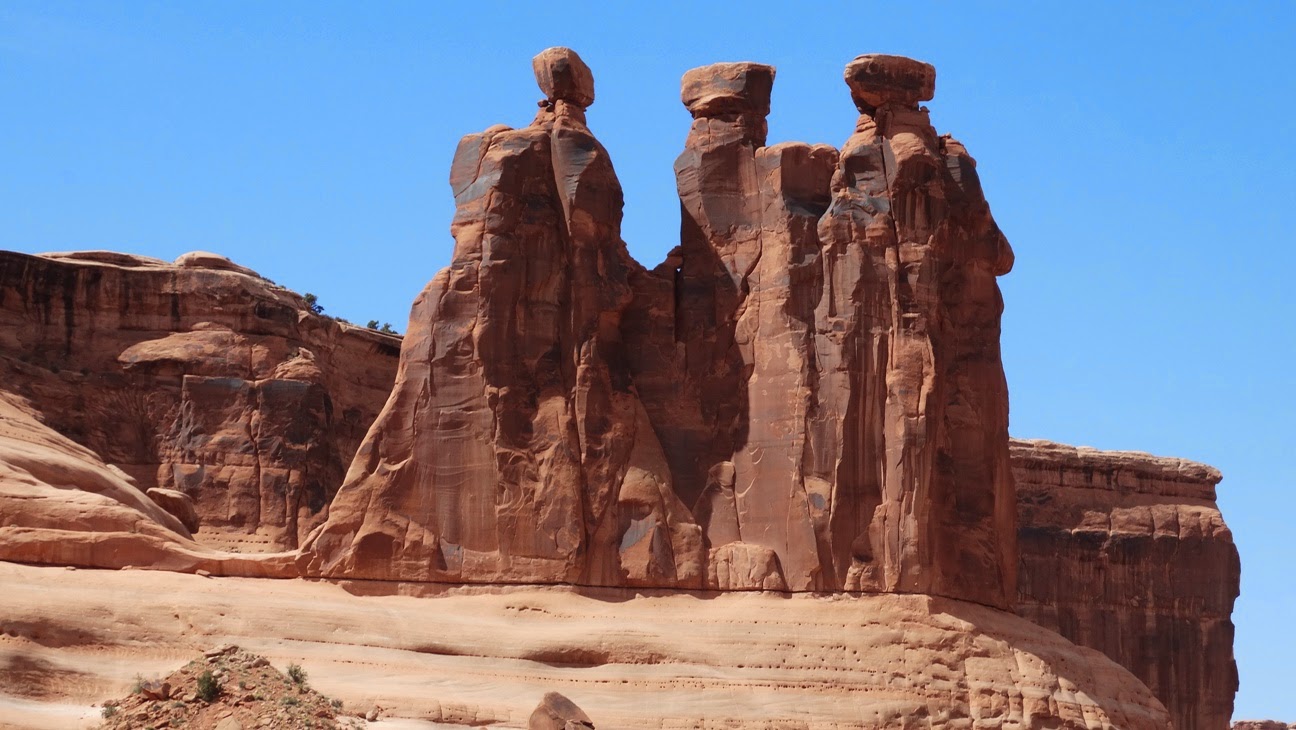 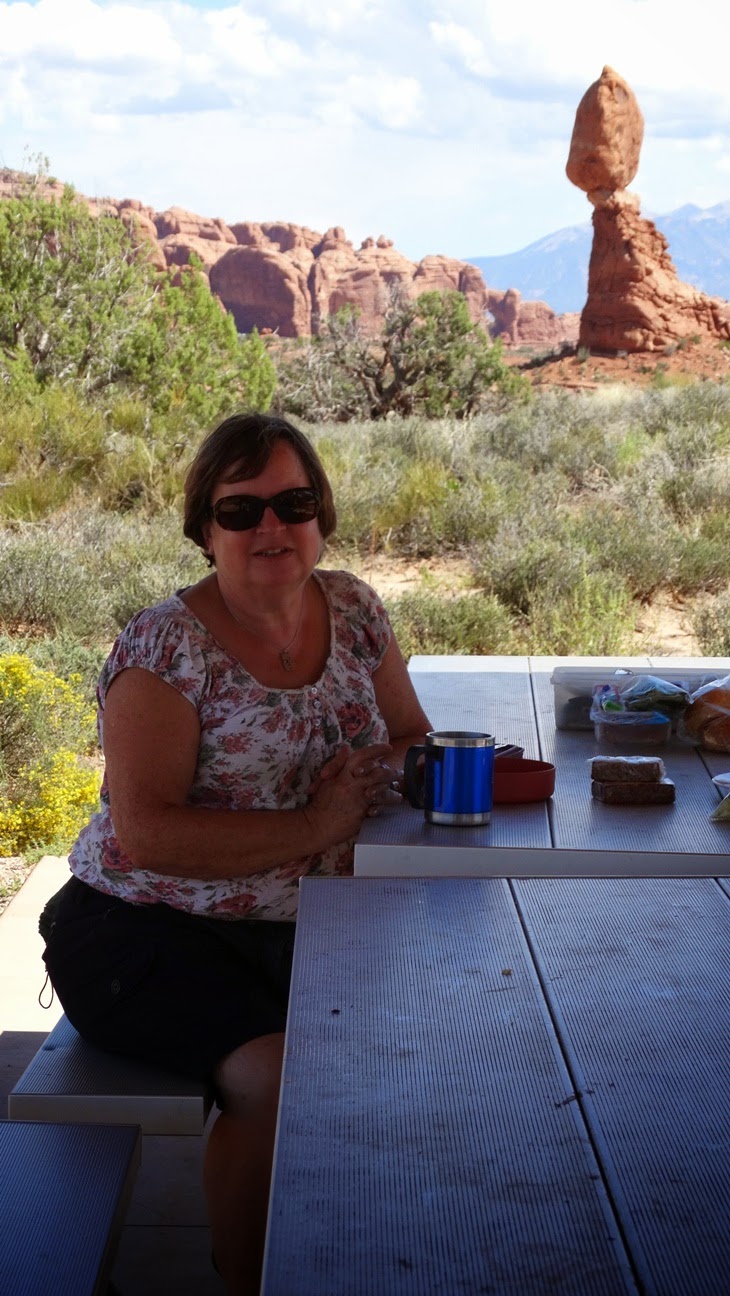 Delicate Arch, the most famous Arch, a 1.5 mile climb in searing heat, took 1 photo when I first saw it and the battery in my new camera died just as I was in position for a superb shot, under the arch with the sky behind it!!!!!! 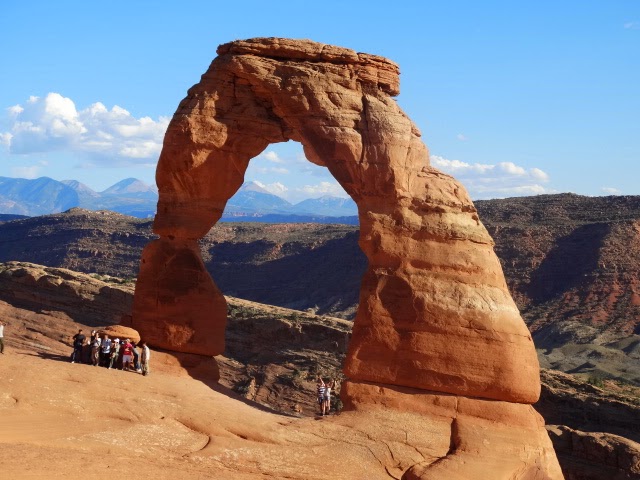 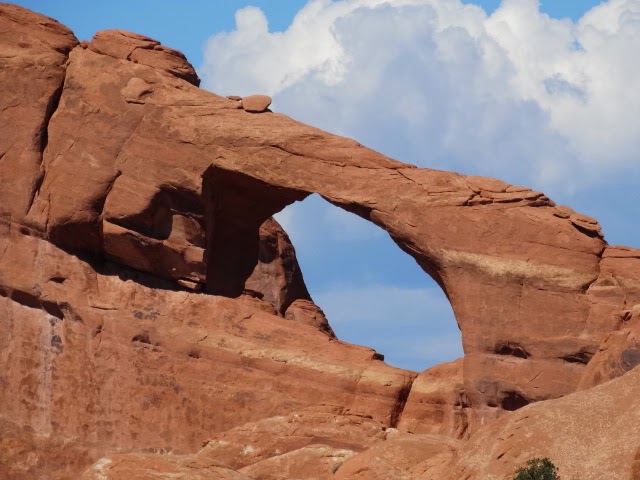 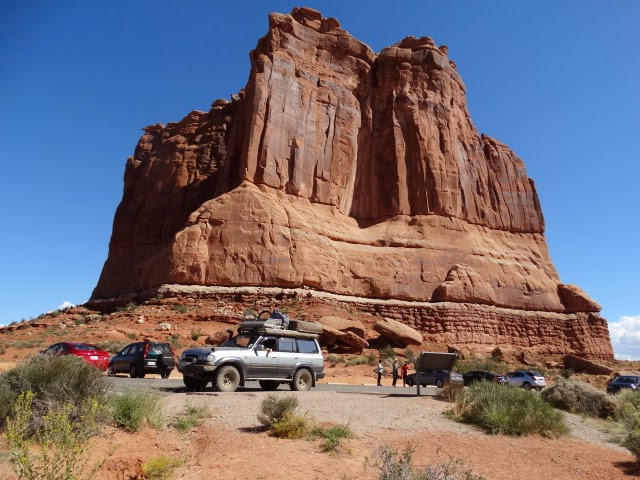 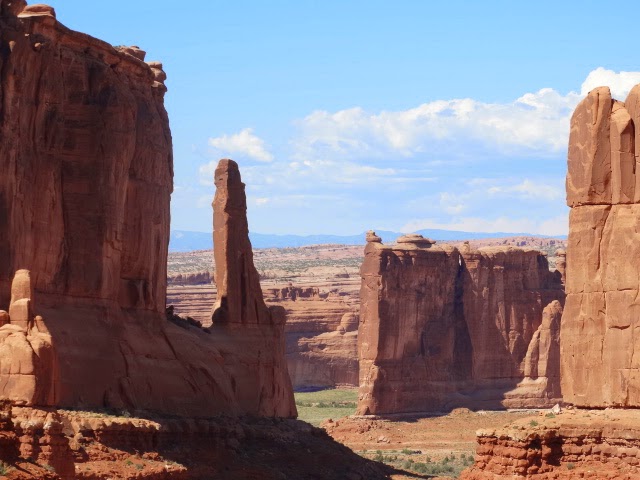 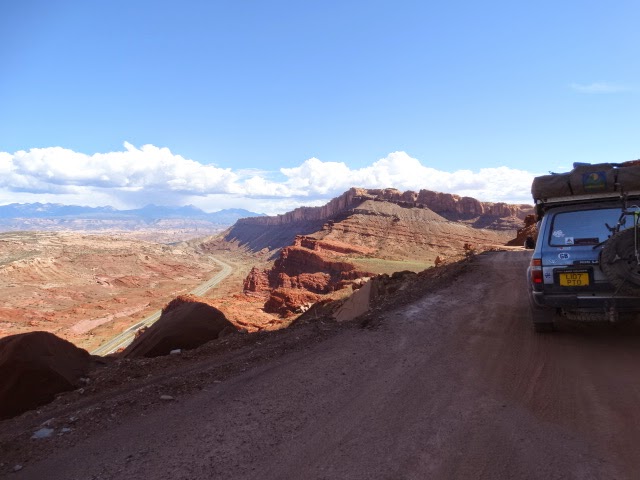 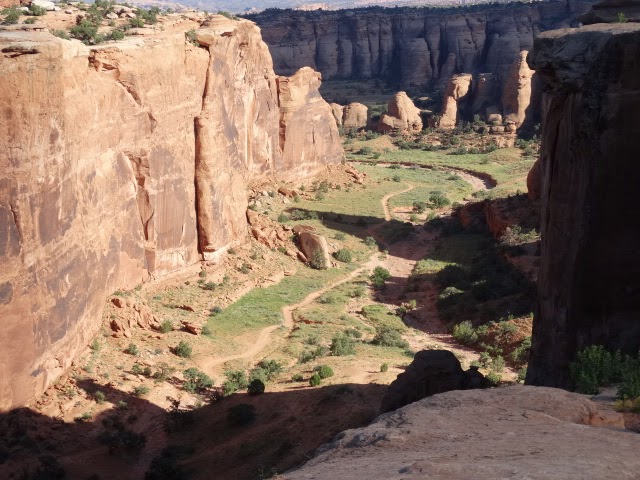 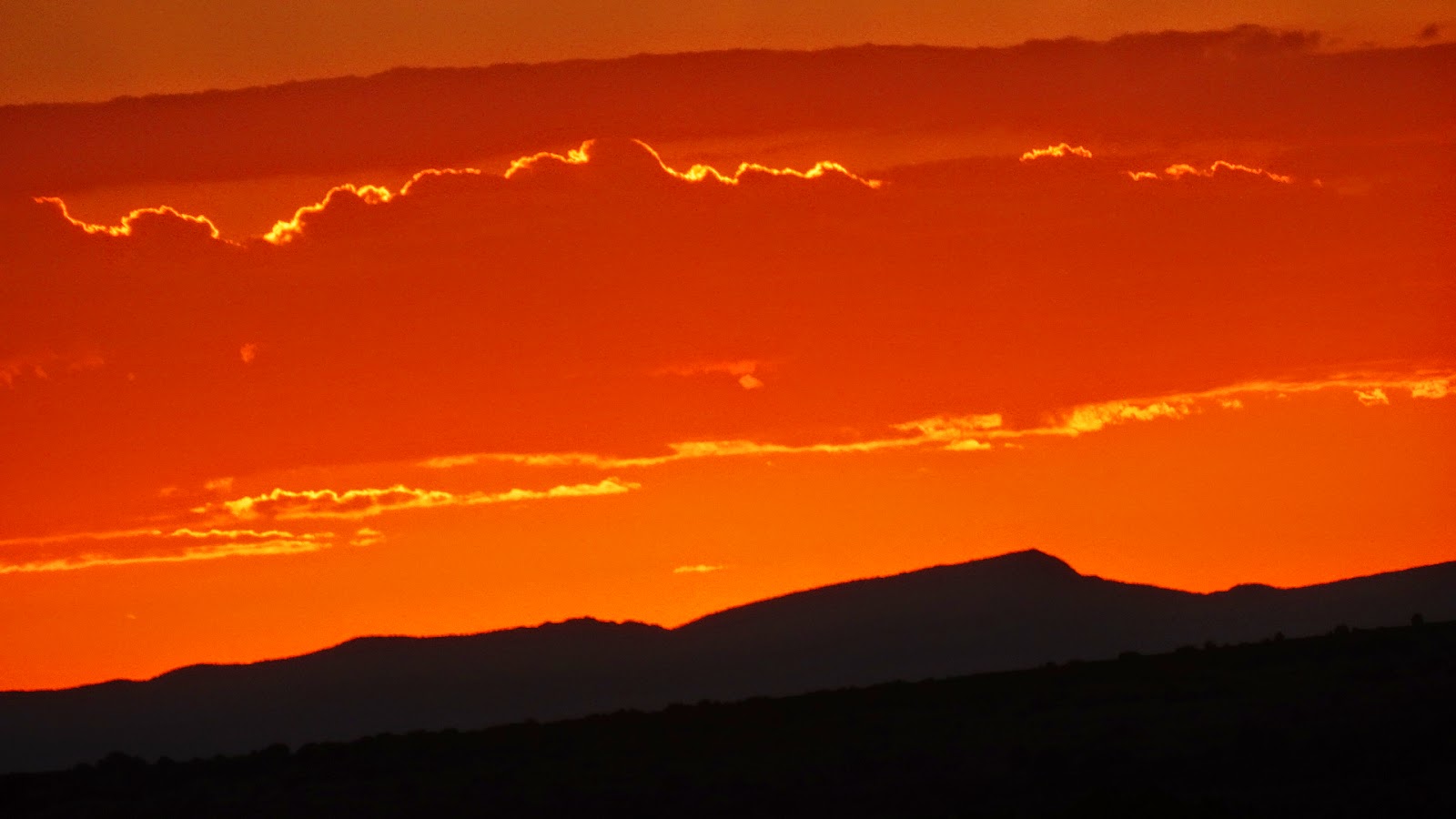 This is one of the 4x4 short cuts back to Moab 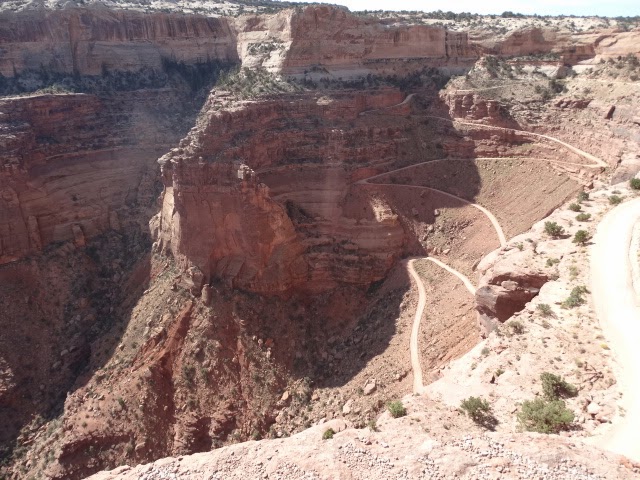 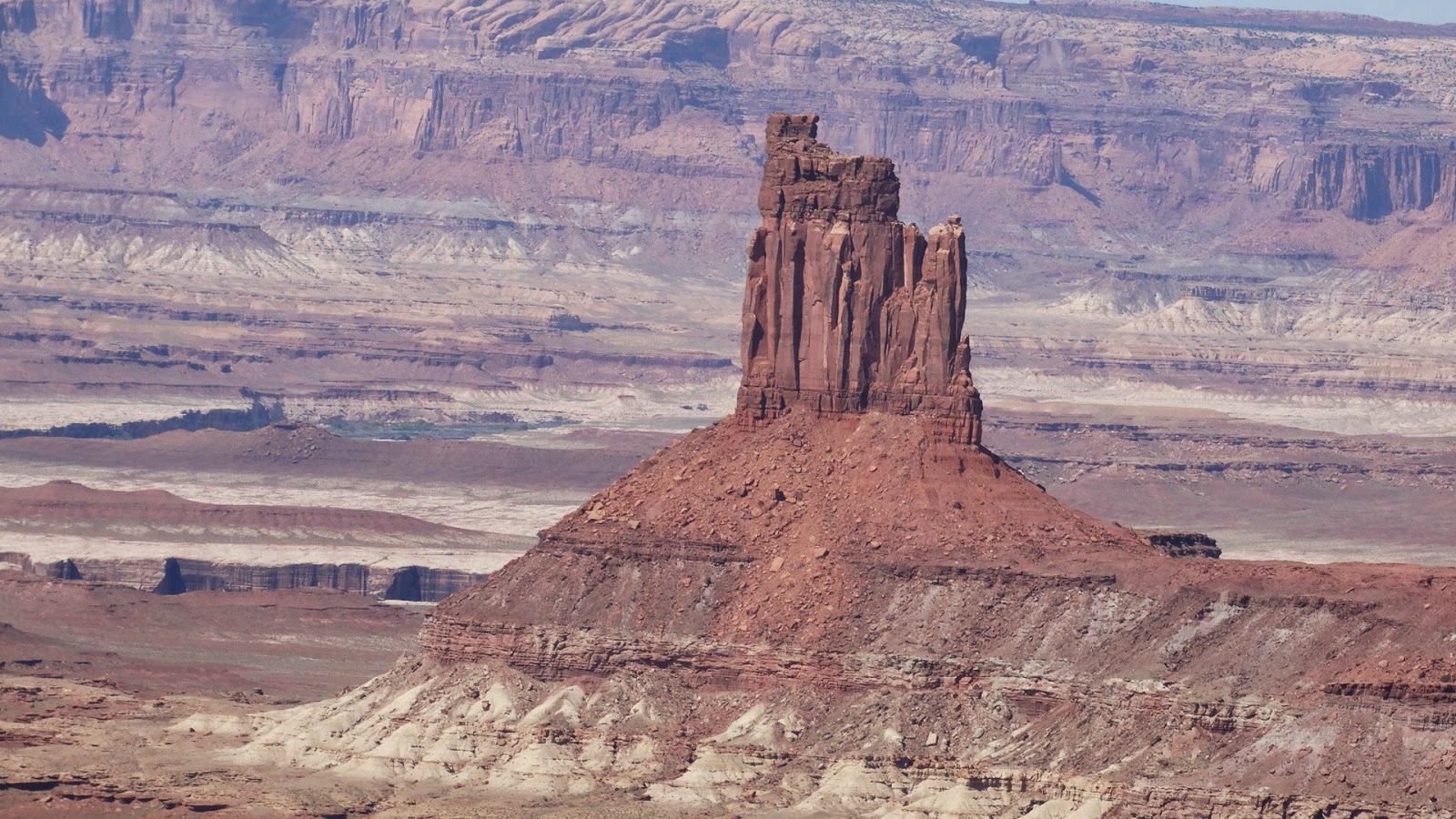 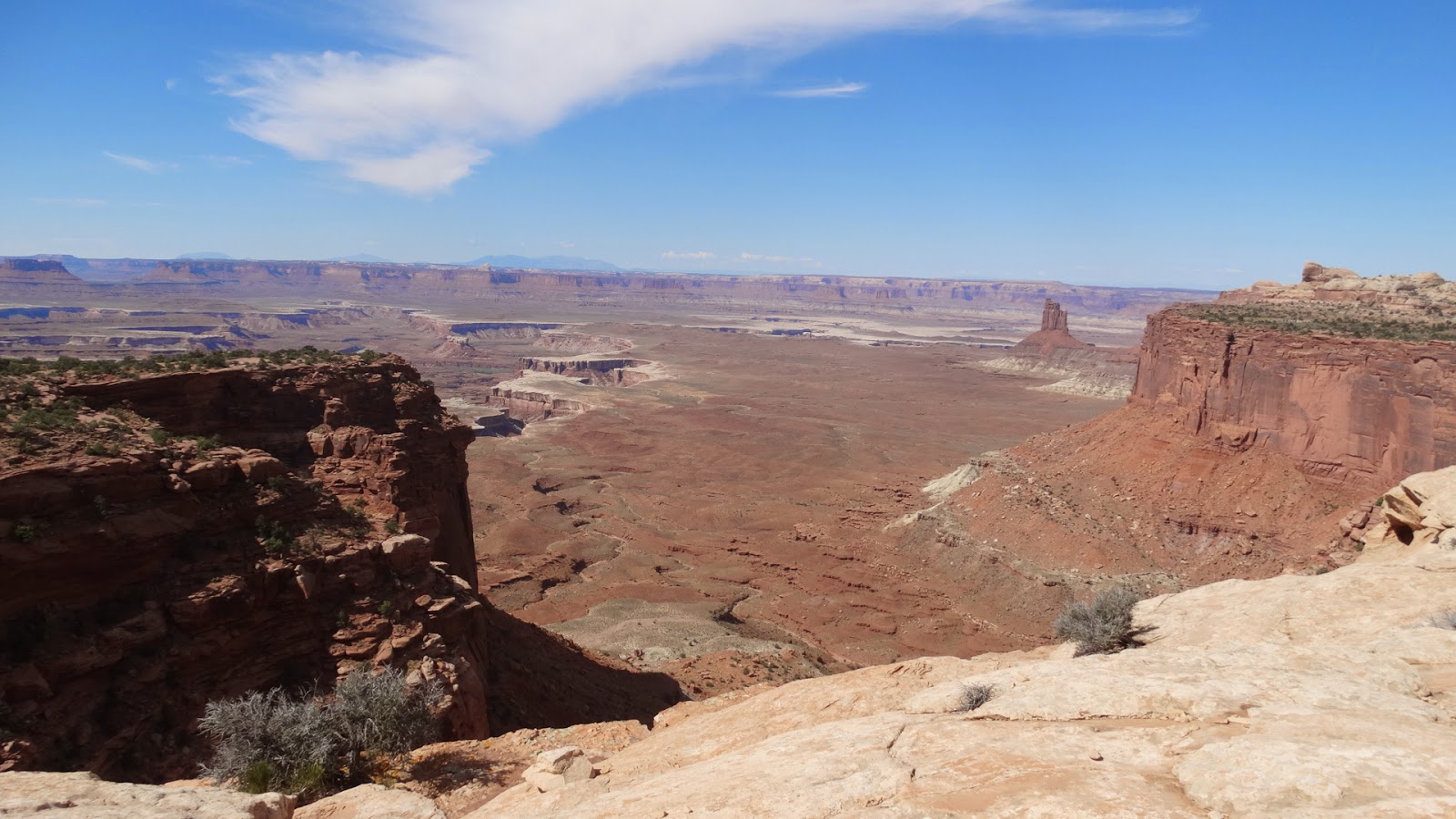 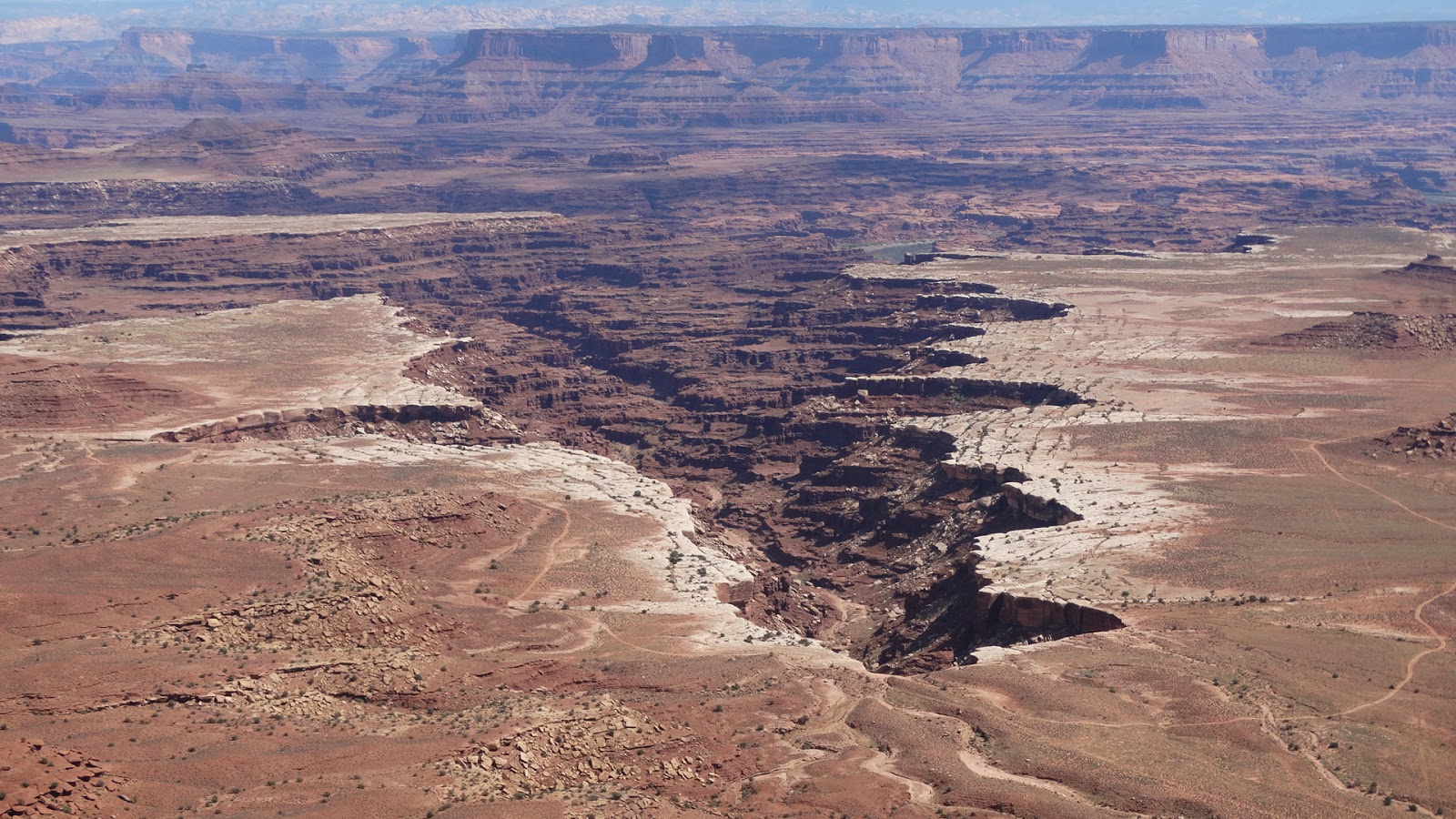 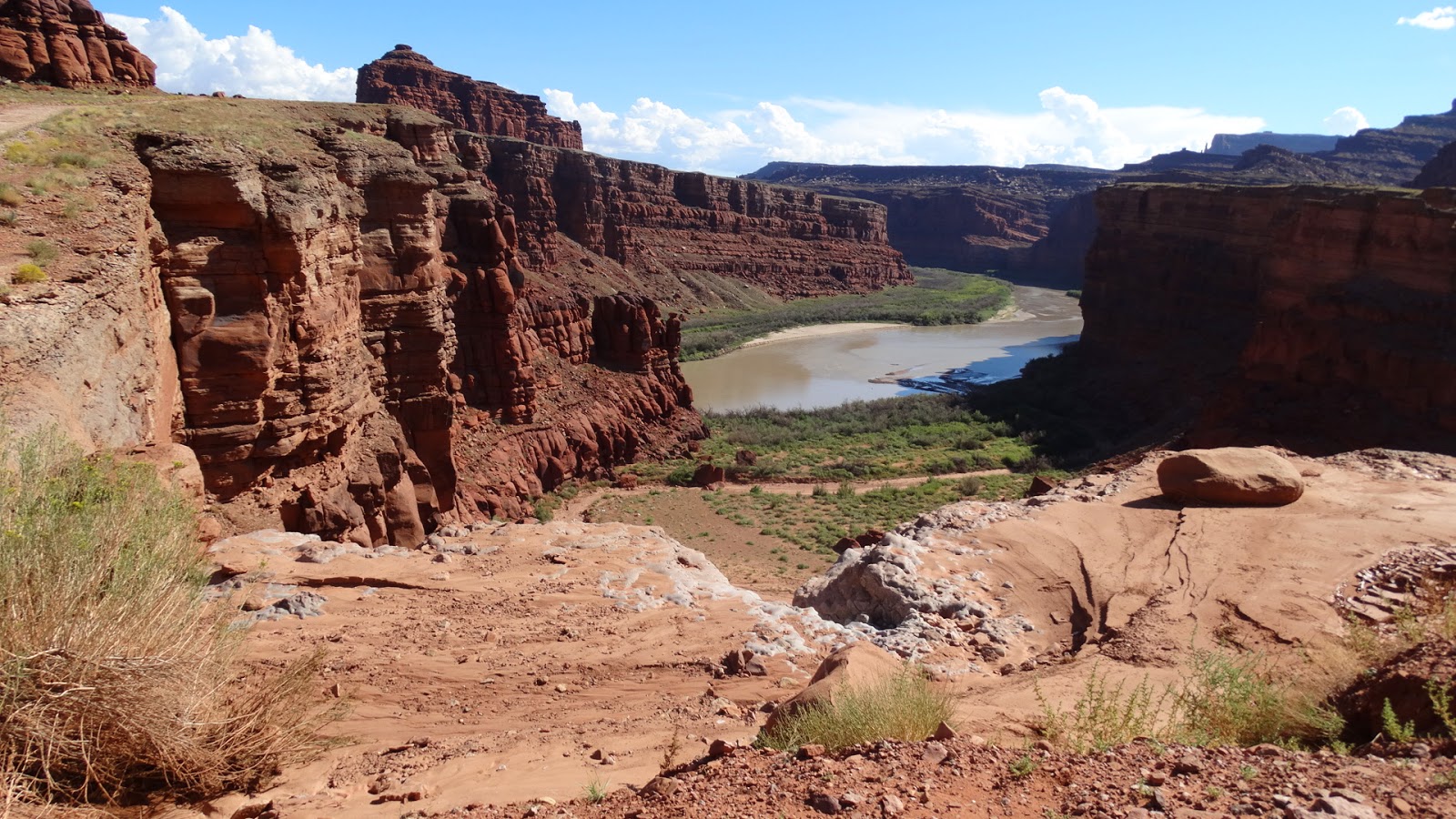 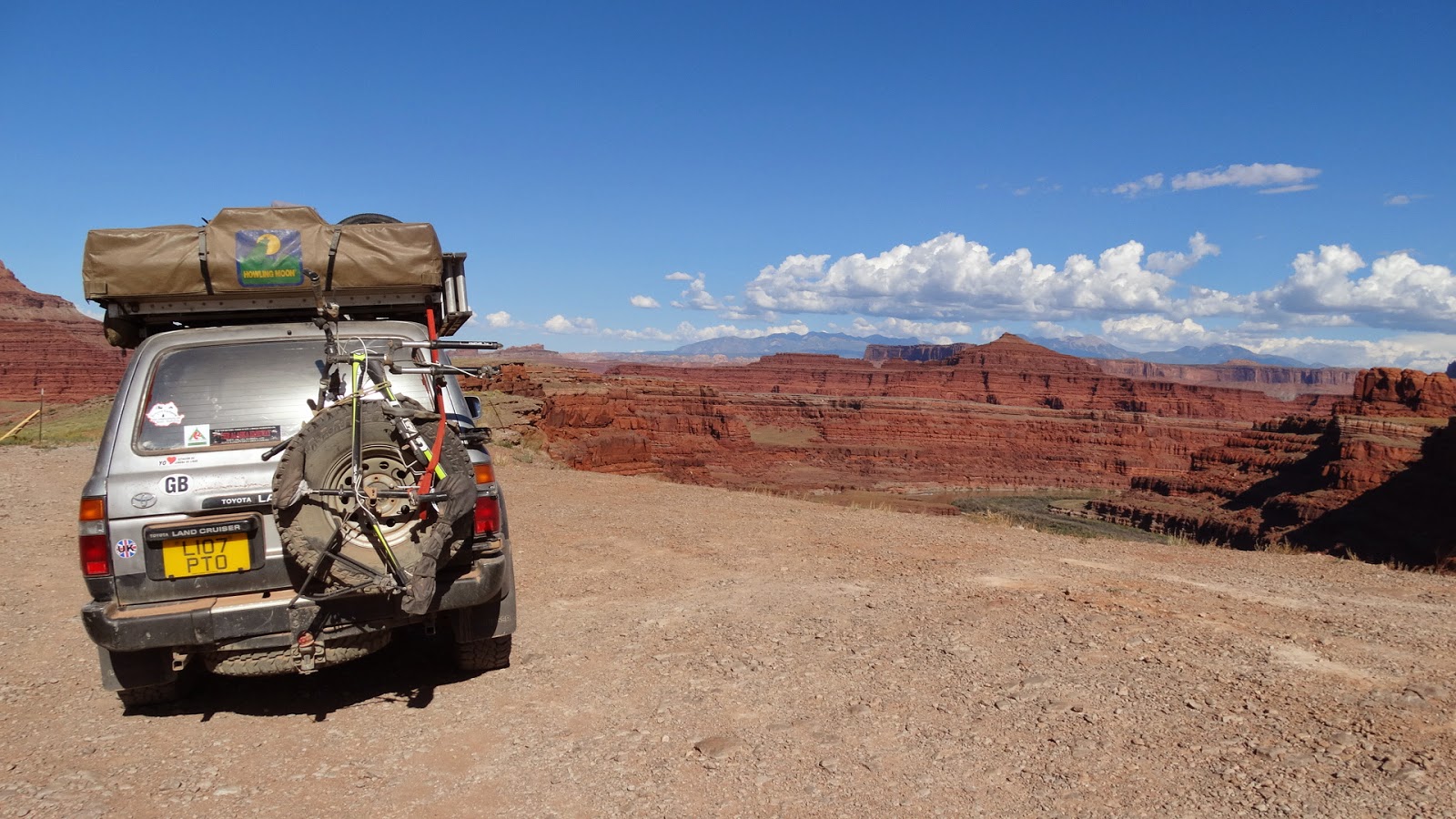 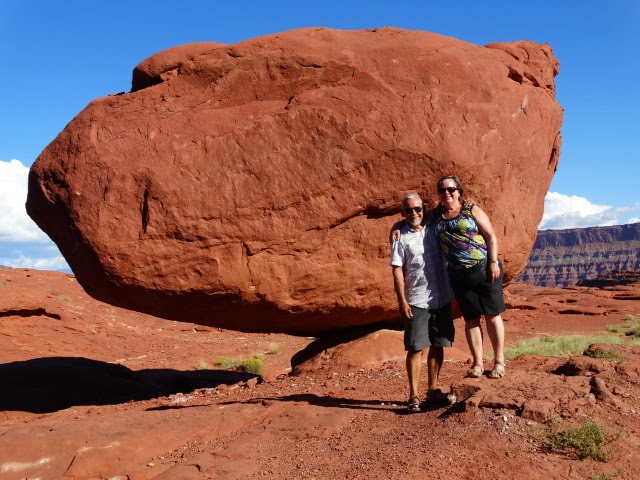 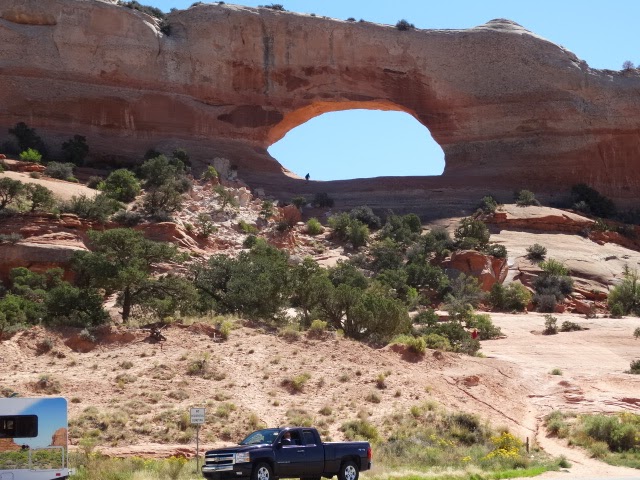 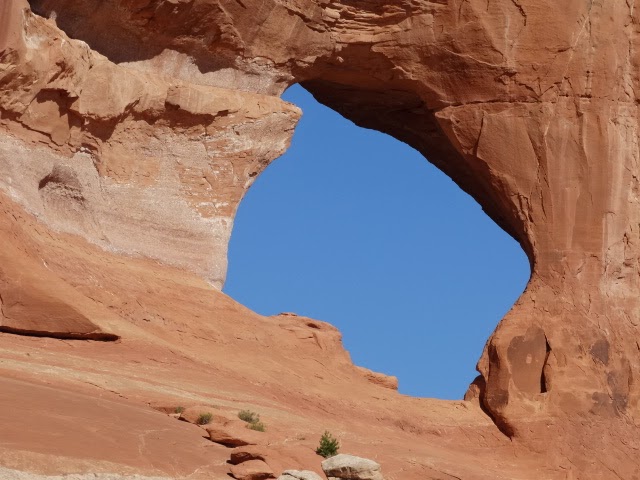 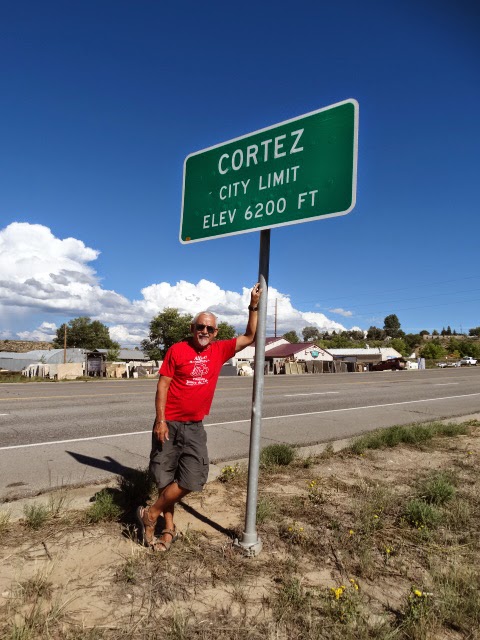 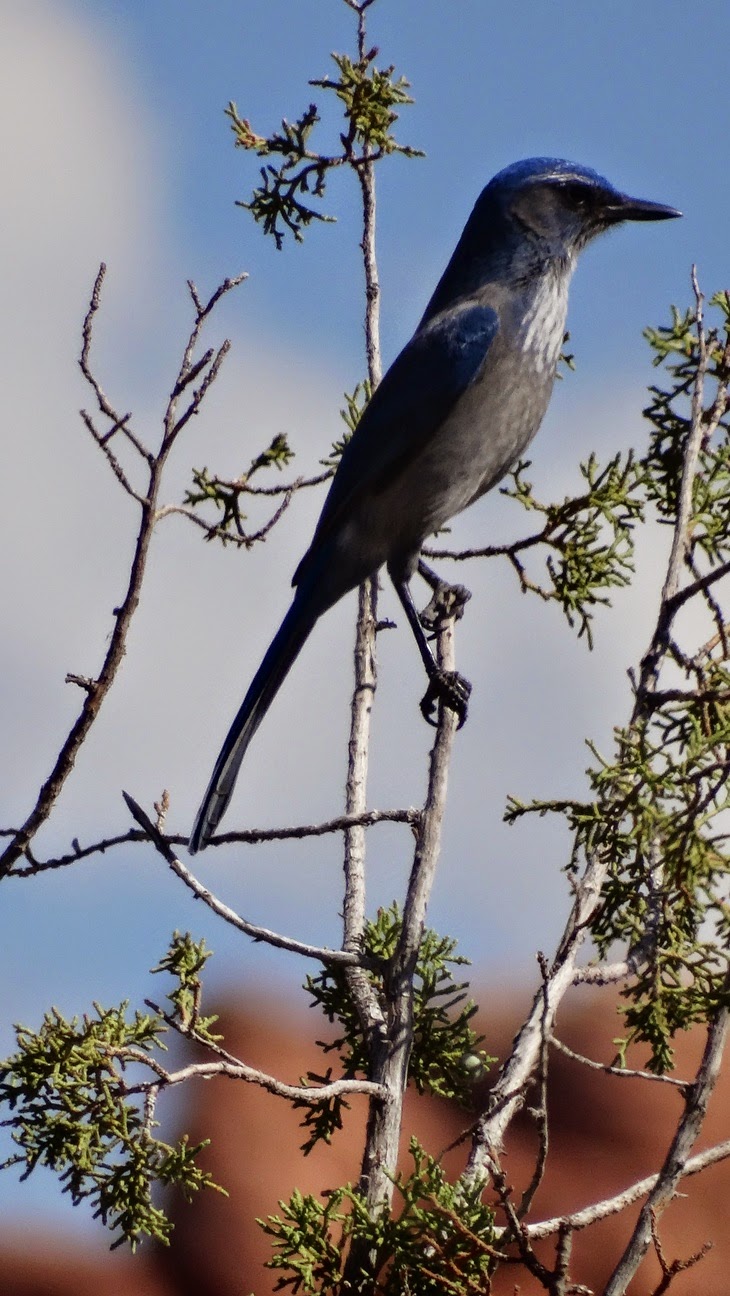 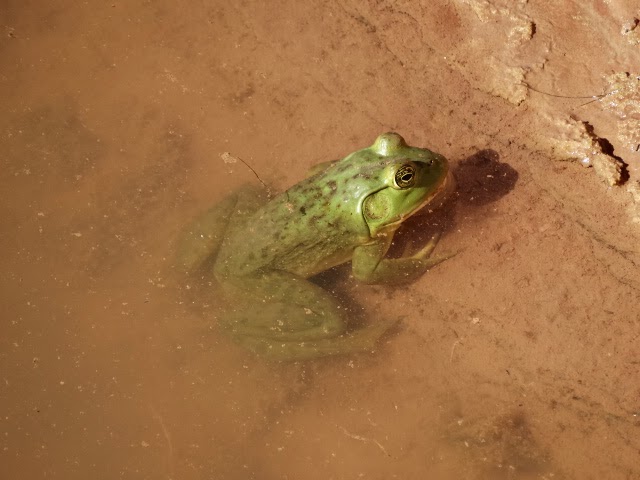 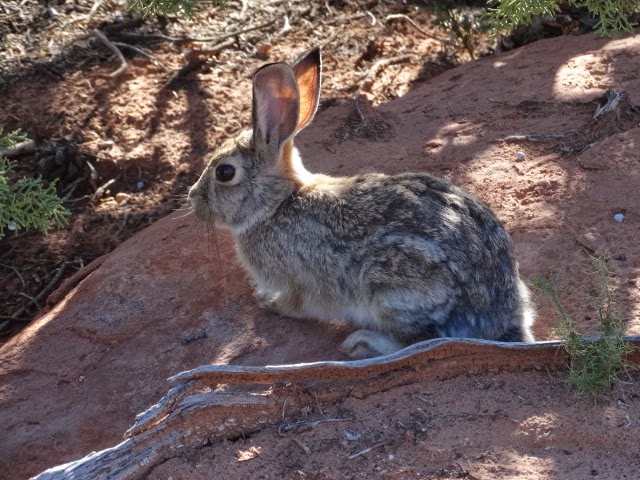