They might say manyana in Mexico, but Belize is much more laid back. A lot of people said they did not like Belize but everywhere has its good points. Belize is a very poor country with a lot of people living in what look like sheds on stilts, many of which look like they are about to fall down at any minute and maintenance appears to be an alien concept. The fact that they all speak English takes a bit of getting used to, the local language is Creole but a lot of them also speak Spanish.

Crossing into Belize was no problem, we were aware that we could not take fresh fruit and vegetables across the border, but did not know that meat and fish were also banned until they looked in the fridge and found the freezer full! The food inspector was called but fortunately he said it was OK this time, but don't do it again.

We then made straight for the Baboon Sanctuary (actually Howler Monkeys). After mistaking them for dinosaurs in Palenque I was desperate to see one in the flesh and the next morning we not only saw them but held hands with them! We stayed at a small site just before the sanctuary, owned by a very interesting and articulate Rastafarian called Shane. The camp site is in the middle of a 50 acre area of tropical rain forest that Shane's family have owned for 4 generations and has its own resident Howler Monkey family. Shane took us on a tour of the jungle the next morning and after establishing where they were a few hoots brought them down out of the trees and the youngsters came right down to take pieces of banana out of our hands, whilst the parents looked on just out of reach. Later in the day their route through the jungle took them past the camp site and the youngsters made good use of the rope ladders that Shane has erected between the trees, whilst again mum and dad watched from a distance.

When they moved on I followed the family as they swung through the trees as far as I could, then walked back along the river bank, where I saw a  3 foot long, bright orange Iguana, unfortunately it slithered into the river before I could get a photo.

That night we went crocodile hunting by canoe up the river. Unfortunately the biggest croc we saw was only about 12 inches long, but our guide (and paddler) managed to scoop one out of the water and passed it to me to hold, a lot softer than you would think. Unfortunately I couldn't hold it and take a photo at the same time.


Next we moved on tot he coast, just south of Dangriga, which is an area famous for the Garifuna people who are famous for their drums. The following day we were virtually marooned in the roof tent until lunch time by torrential rain that started at about 6 am. When the rain stopped a young couple from Luxembourg (that were camping under a half built concrete house on stilts) came over and introduced themselves and later on offered to give us a lift to the village for dinner. When we arrived there were 3 Garifuna playing drums with a number of locals chanting and dancing. A very simple musical format, 3 beats to the bar, 62 bars per minute with a much heavier third beat, almost exactly my heart rate and actually quite hypnotic.

Next was Belize Zoo, created after a natural history series abandoned 18 animals that could not be released back into the wild. Since then they have taken in numerous animals and birds that would otherwise not have survived, including a stork that had fallen out of its nest and could no longer fly and an incredible Black Panther called Lucky Boy, who had been kept in a small cage in a Hotel for the entertainment of the guests, he was skin and bone when they rescued him and took many weeks of careful nursing to bring him back to health. They also had two large compounds with a family of Howler Monkeys in each and I managed to get some really good footage of one of them howling, but unfortunately it is too large to attach (the file that is, not the monkey).


We are now at a camp site close the the Guatemalan border, we should have crossed today but torrential rain most of yesterday delayed our trip into the mountains to see the 1,000 foot fall until today so we will cross tomorrow. The falls themselves were a bit of a disappointment as you can only see the top 2 or 300 feet, but the drive was pretty spectacular, at one stage needing low ratio and the centre diff locked  in order to slither up a rather muddy section of road. 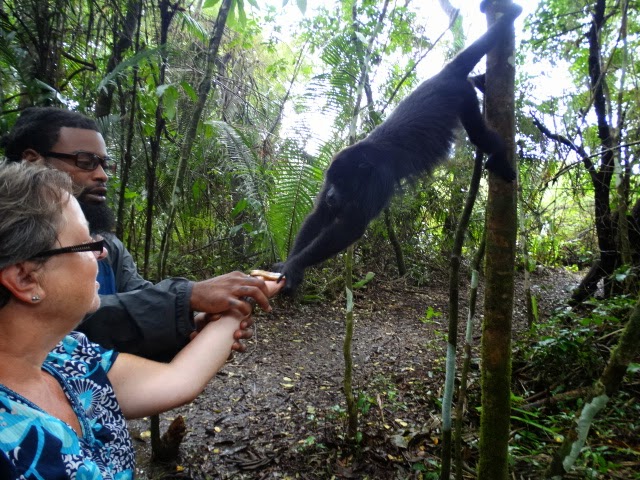 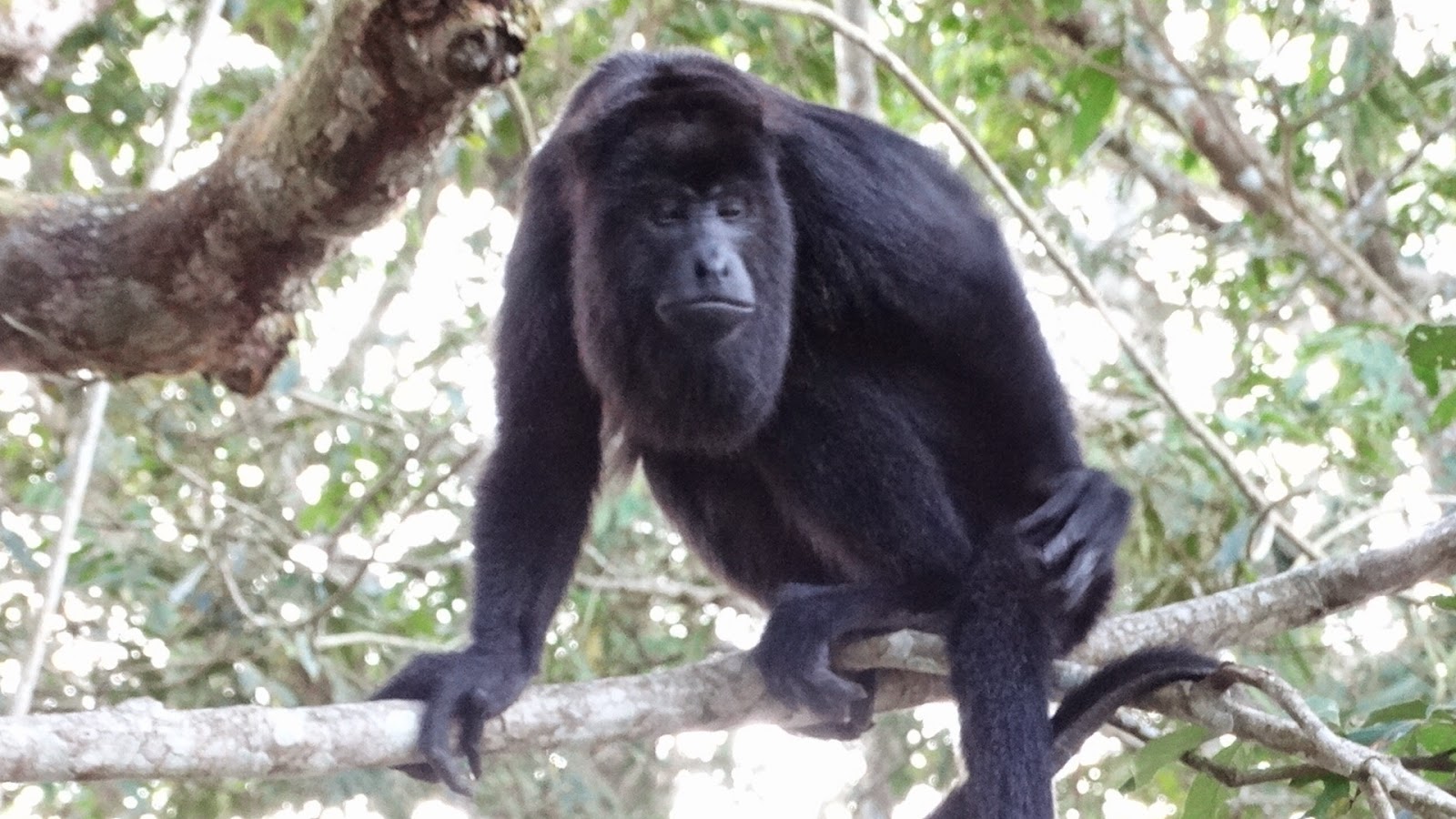 Whilst Mother looks on 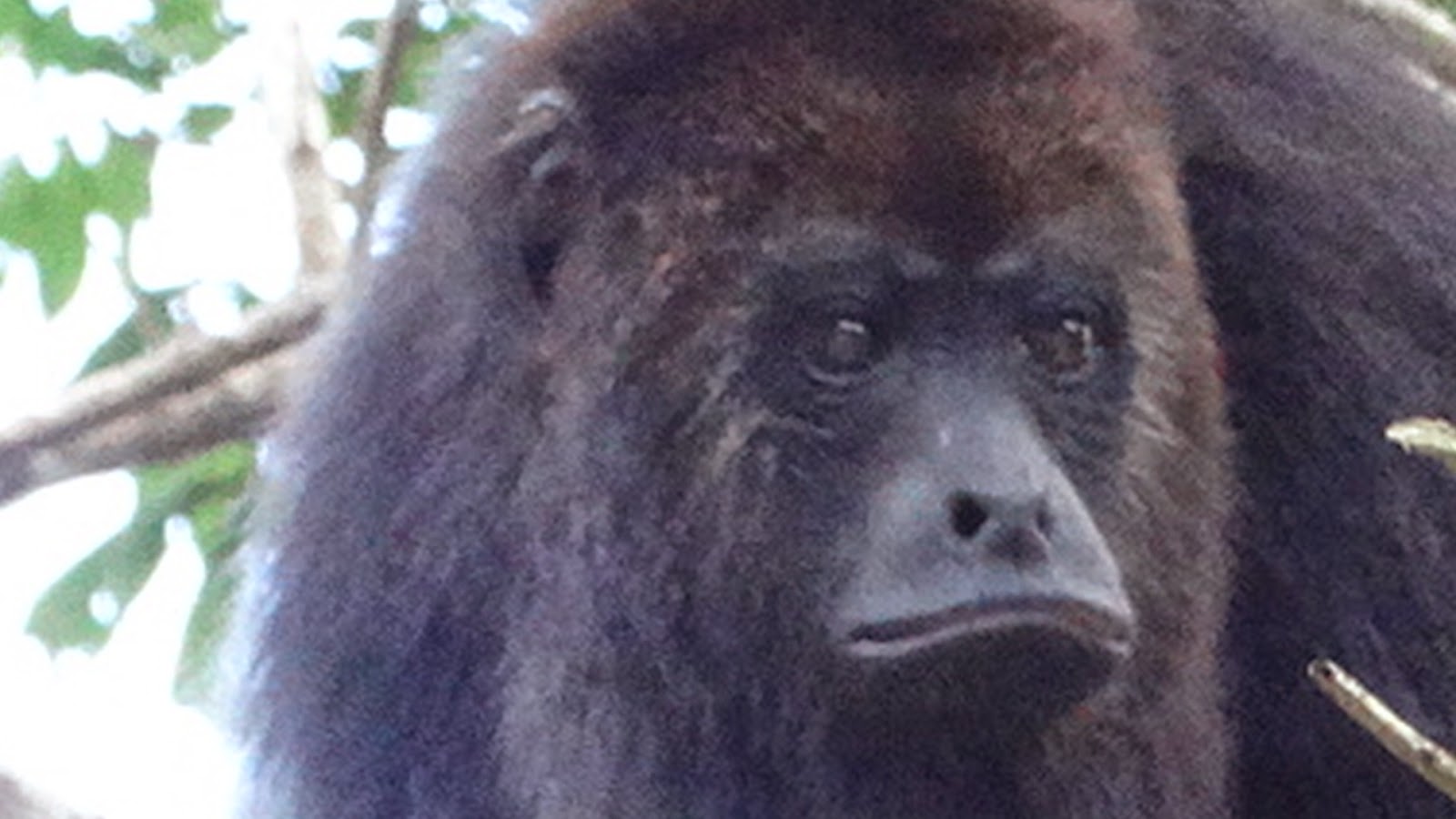 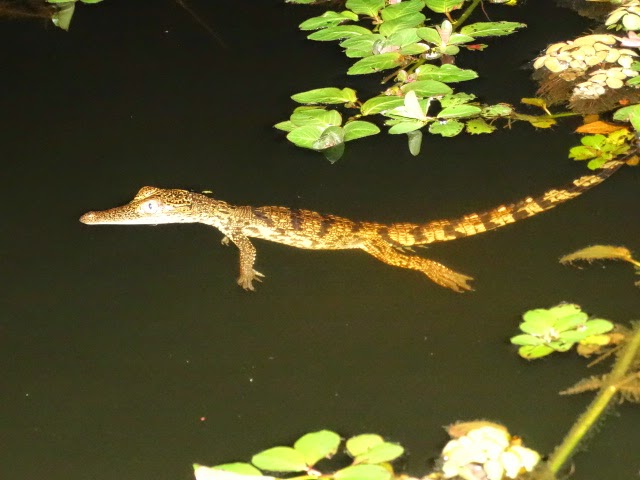 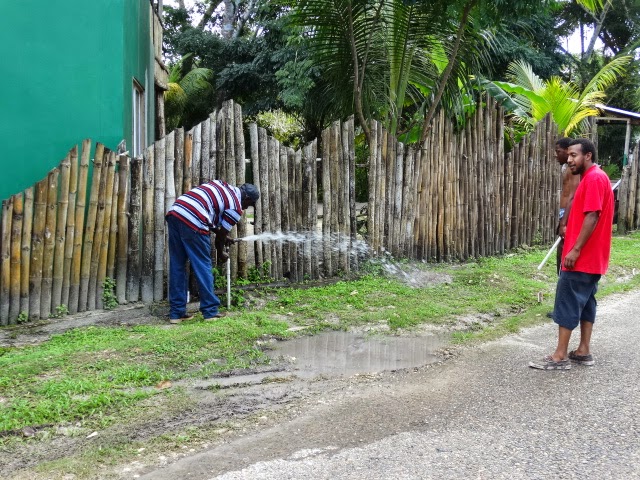 Water comes to the village, they have not previously had running water, it has been promised for 10 years and finally connected the day we were there. 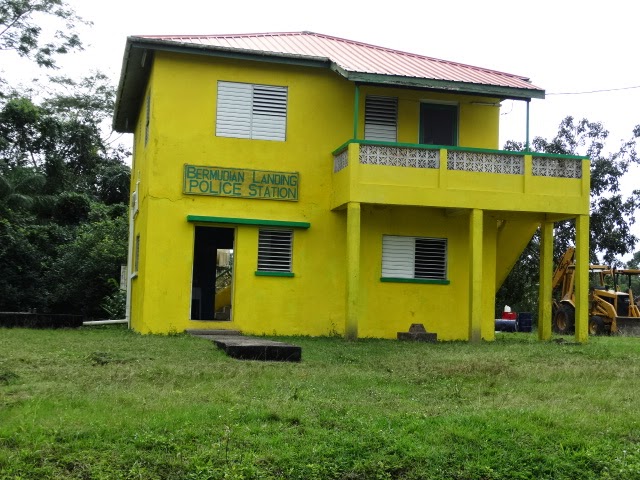 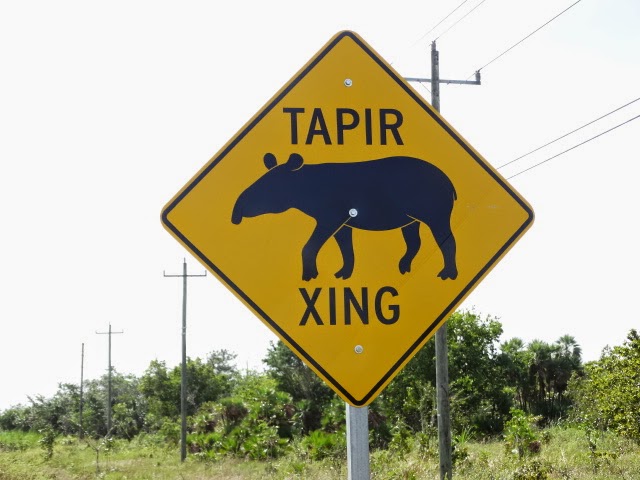 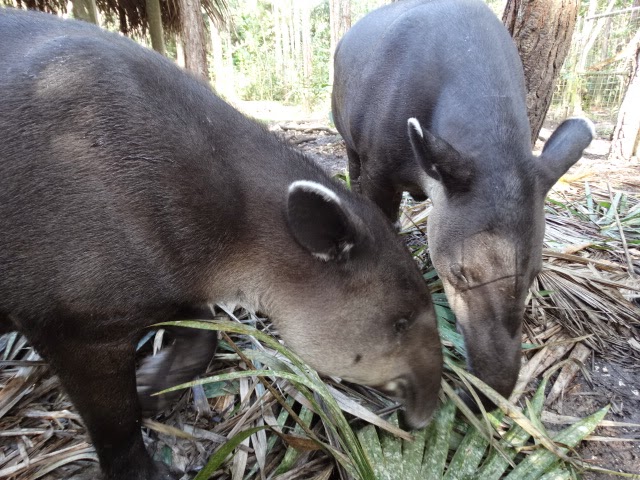 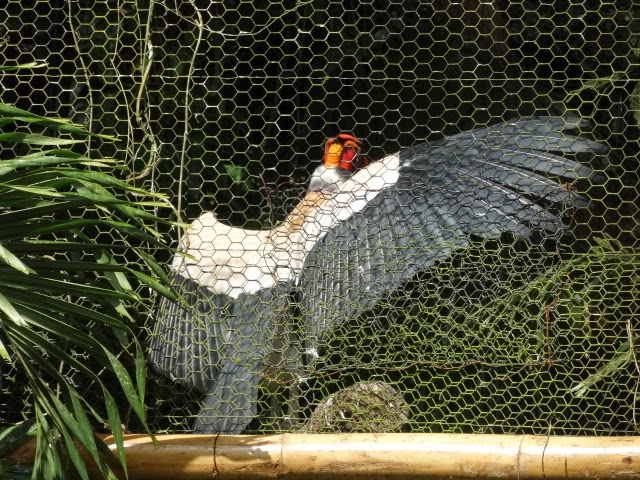 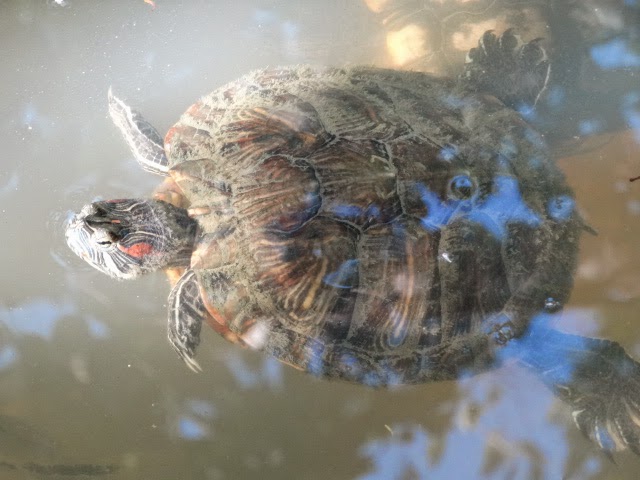 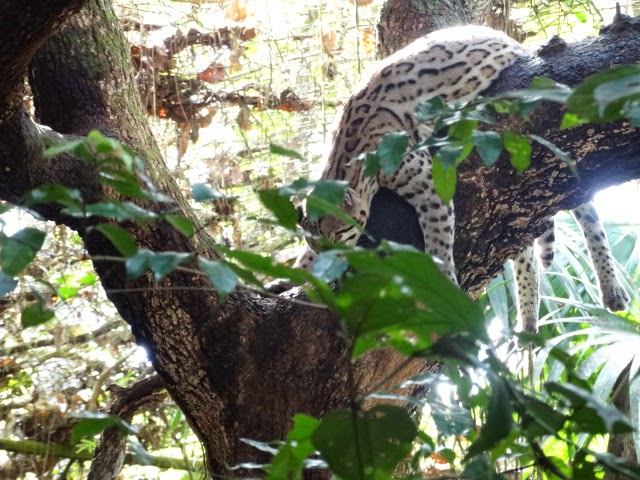 Big cat asleep in a tree 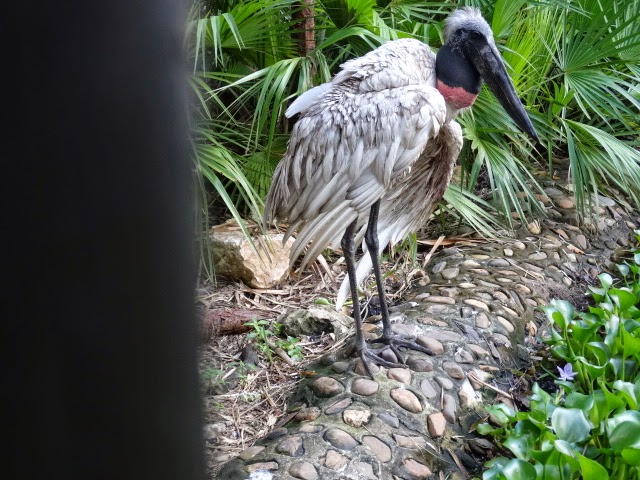 The Stork that fell out of a tree 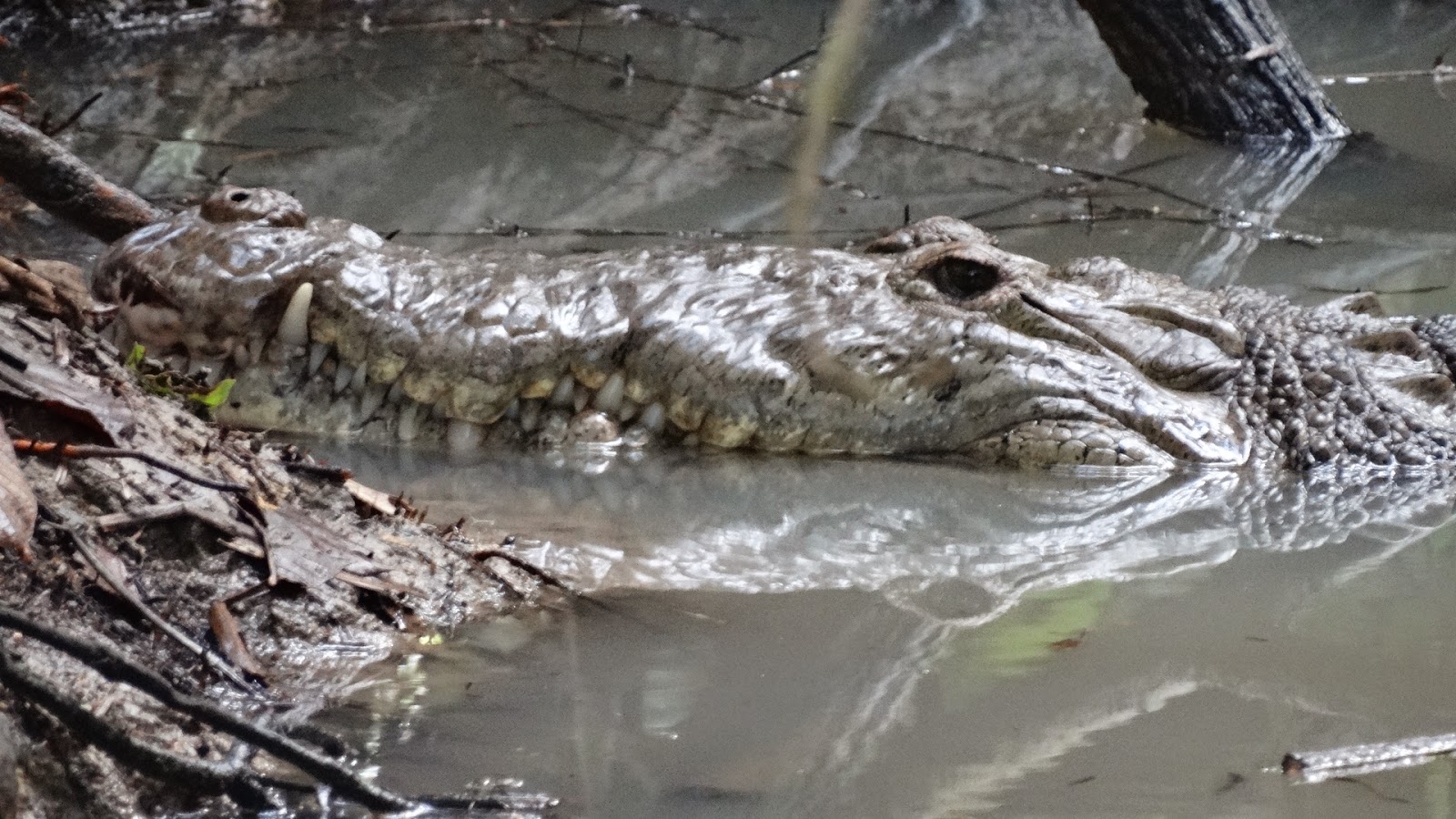 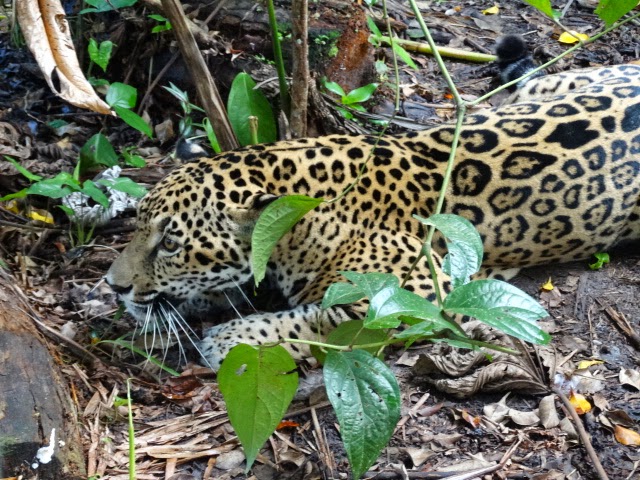 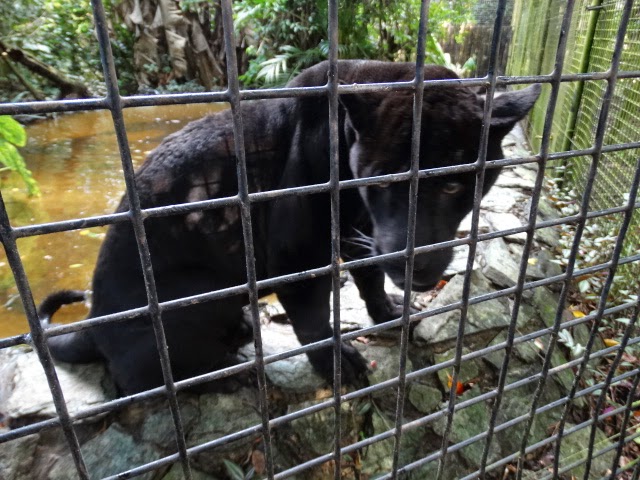 Black looks from Lucky Boy the black Jaguar, he was huge! 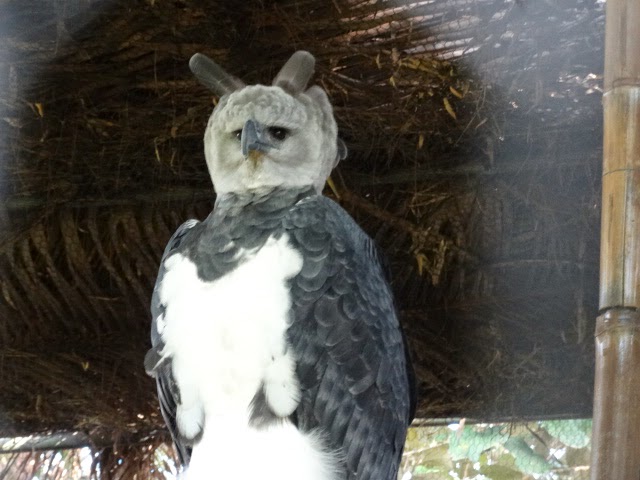 Supposed to be a Harpy Eagle but I think it is out of Dr. Who 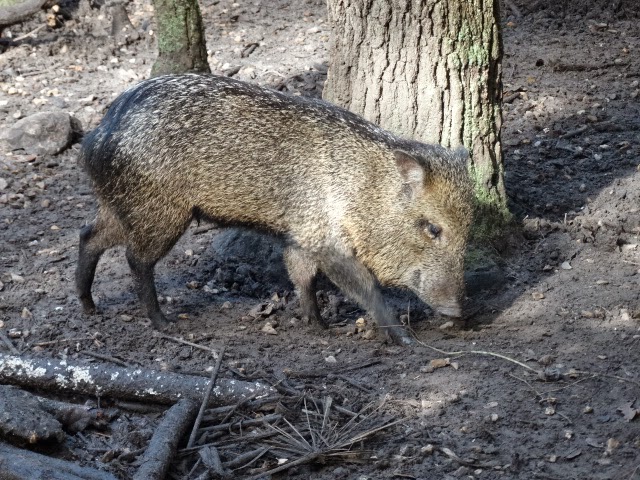 Some sort of pig/rat thing with some unpronounceable name 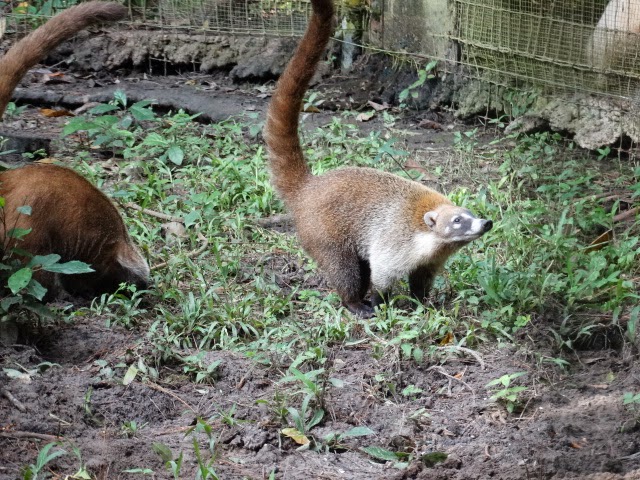 Answers on a post card, climbs tees like a monkey and digs things up out of the ground 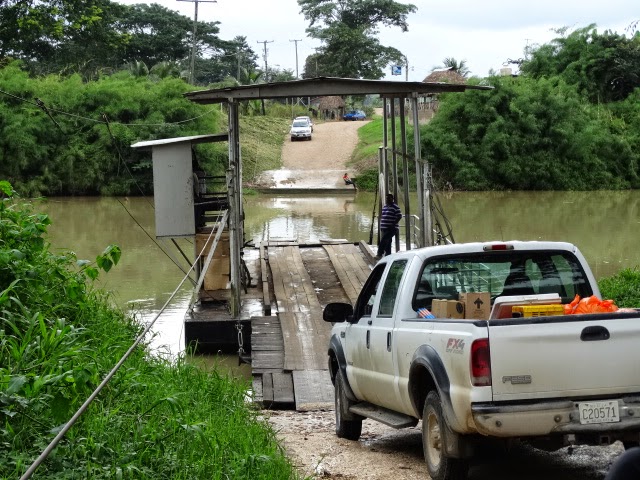 The ferry, with 3 large vehicles and 2 motor bikes is actually wound across the river by hand along a steel cable, no wonder tthe poor guy looks cream crackered. 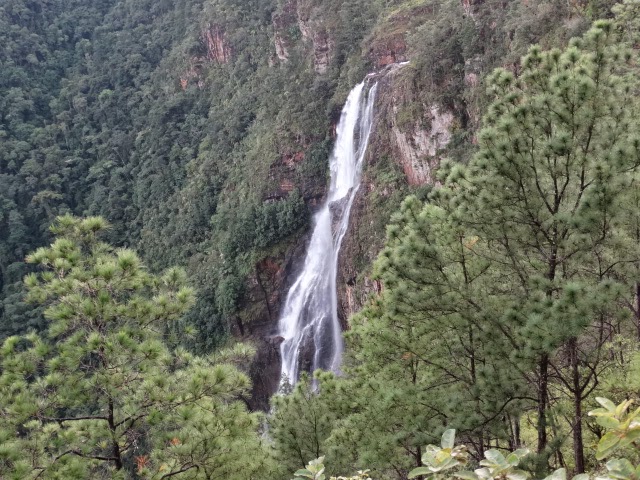 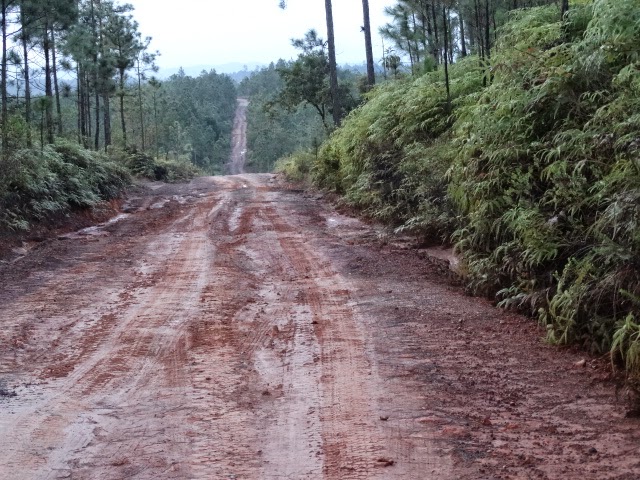 But the road to get there was quite interesting, unfortunately I was too busy to take a picture of the really muddy section (but I have it on the go-pro)