The Adventure Continues after a trip to Scotland


With the odd exception the showers continued on a daily basis throughout our time in the UK, but we managed to see plenty of the kids and grand kids, including a 10 day trip to Scotland to visit Sarah, via the Lake District which was this years venue for the family camping weekend.

All to quickly the time came round to put the caravan back into storage, hand the car back over and fly back to Panama (this time on Air France as we could not face Iberia again).

The flight went well, as did the 8 hour bus trip the following day back up to David.

Day 3 saw us back at the Aduana (Customs) warehouse to pick up the cruiser, after the ususal performance (including a 2 mile walk in 40+ to get insurance, which I was told they sold at the office). After being left in an incredibly hot, very dust warehouse for almost 11 weeks the cruiser was grumpy to say the least, I reconnected the battery leads and instead of leaping into life as ususal it was coughing and spluttering and took 3 goes before it reluctantly came to life and was a full minute or so before all cylinders were firing. It was thick with dust and as I manouvred it out there were various scraping noises from the brakes!

So - first stop car was and then a few miles south to find a beach to camp on. The steering always feels odd as it is so light after driving other cars, but by the following day we were as one again and I even found a dirt road for it to play on.

We had a 3 day stop further down the coast just off the beach on top of a small hill on the edge of the rain forest, with regular visits from howler monkeys, who seemed just as interested in watching us as we were them and due to our position on the hill were pretty much directly in line with the monkeys in the trees.

Then it was back to Panama City, trailing round for a police check on the car and back to collect the papers from another location in the afternoon and then the following day to Colon to take the cruiser to the docks for loading into a container. This meant being at up at 05.00 to start at 08.00 and spend a very frustrating day chasing round the docks for various papers before finally getting to the loading point. Fortunately there were 8 of us (+2 kids) in 4 vehicles, including a couple of Argentinian lads, but even they struggled to understand what was going on. There were numerous different entrances where vehicles were being loaded but no names anywhere, we had visions of someone eventually agreeing to take our vehicles and never seeing them again.
But eventually found the right place and after the vehicles had been searched, sniffed and photo'd inside and out and downloaded on to the computer we got some paperwork confirming everything.The others returned to Panama City by bus for speed/cost), but we waited a couple of hours to take the scenic route via the Panama Canal Railway (established 1855).

We fly to Cartagena on Saturday and hopefully pick the cruiser up on Tuesday and then we will really be back on the road. 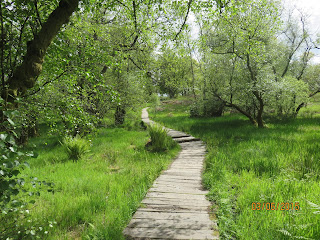 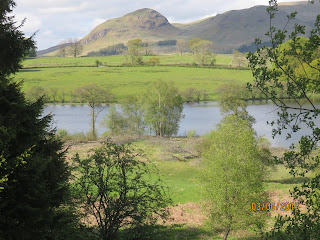 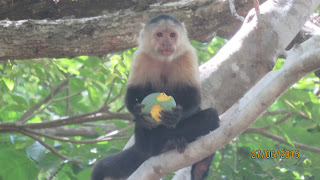 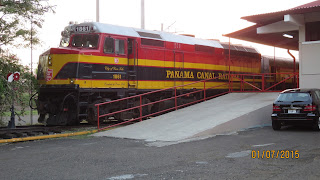