I wrote this on the 10th November at the Toyota Workshop in Trujillo (coast of Peru) whilst having the timing belt replaced plus some bushes on the rear suspension that must have got damaged on one of the many rocky roads we have been on. Unfortunately the internet was not good enough to download it and we have been in the mountains with no internet until today, so rather than update it I send this as at 10th November.
I ended the last blog at the museum in Lambayeque because I wanted my audience fresh for some amazing photos.
After the museum we headed back to the coast to visit more archaeological sites. They have found evidence of habitation in Peru for 10,000 years. Everyone has heard of the Incas, but they did not exist until 1400’s, spreading north and south from Cuzco, conquering the whole of the area from Northern Chile to Southern Colombia and taking control of cities that had existed since the first century.
It is interesting that as the king returned to Cusco from taking southern Columbia he was attacked by his brother who was ruling the south. The king was victorious but at this point the Spanish arrived and the southern kingdom supported the Spanish as they saw them as their saviours, otherwise the outcome could have been very different.
It is also interesting that in Tucame (in the Chiclayo area) the Moche (100 – 800) built Pyramids, but when they had major sand storms or massive floods (usually caused by El Nino), they would destroy the temple and build another one. But in the Trujillo area, the Chimu (800 to 1400) built the temples of the Sun and the Moon, but they would fill in the temple with 000’s of mud bricks after a natural disaster and build another in exactly the same style on top. The Chimu conquered the Moche in 800 and the Incas conquered them around 1400, but only lasted about 80 years before the Spanish arrived (all dates are approximate, give or take 100 years or so).


The problem with all of these Pyramids is that they were basically made of mud and by combination of drifting sand and torrential rain they are almost unrecognisable, looking more like small hills dotted around. Many are in a very early stage of excavation and with the exception of Chan Chan and the Temple of the moon there is not a lot to see and really only at the Temple of the moon do you really get an inkling of what they must have looked like.


We now head a bit further south to a 2,500 year old city. And then back into the mountains, the coast is mostly desert, very dusty and not a lot to see from here on down, so we will probably stay in the mountains right into Bolivia. 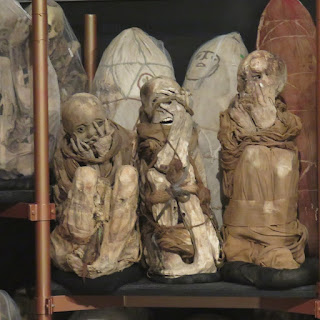 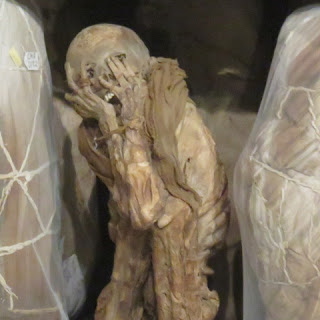 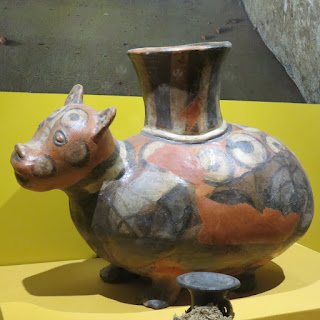 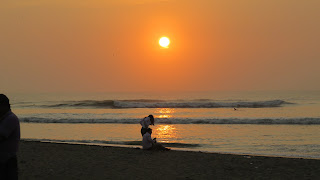 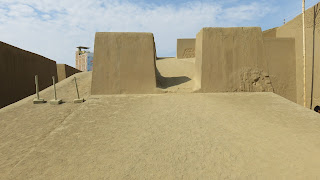 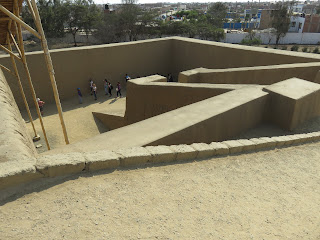 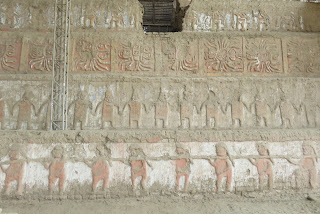 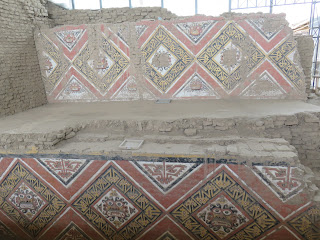