The weather turns so we escape north to warmer climes.

The last blog was published on 13th March, but only actually went up to the 3rd, it took 10 days to get sufficient Internet to post it, so has been a month since the last blog and to be honest we have done very little in that month.

Fortunately the deflating tyre was nothing more than a very large nail, so once removed and repaired we were back on the road (I was concerned we had another cracked wheel) and on to our Chilean friends Caro and Victor.

Caro and Victor have bought an amazing piece of land that they plan to build a house and create a camp site specific for Overlands and Cyclists and we stayed with them and their gorgeous Pyranean Mountain dog Guapo (handsome) for a few days. It was great to see them and we had a few BBQ's (usually sheltering from the rain) and had days of mixed sun and cloud, but the nights were cold and usually wet.

We were now getting concerned about a leak from the steering box. We had the steering pump successfully repaired in Uruguay, but around 1,000 miles later the steering fluid level started to drop again. This time leaking from the steering box and yet again the necessary parts are not available in South America. Over the next 6,000 miles the leak got worse. Victor spoke to a local mechanic and he was pretty sure that he could make the appropriate seal, but when we went to see him it was a different type of steering and said it was not possible to make. He said he thought we could make it back to Uruguay but try and use straighter roads to limit the steering input.

We then stayed in a really nice hostel for 5 days, but the forecast for all around was cold and wet for the next 10 days, so with that and the steering problem we abandoned the second half of the Carratera Austral and headed back across into Argentina and followed the Route 40 all the way up to Mendoza, still very scenic, but by the side of the mountains rather than through them, with mostly typical straight Argentinian roads.

The weather started to improve as we moved north, but still very chilly in the evening, so we stayed more in hostels than camp sites for the next couple of weeks. and now we are in Mendoza, where it has been mid 20's to early 30's for the last few days and we are now camped at a wonderful little posada in the wine district. Hans, the Belgian owner of the Hotel is a would be overlander, he has a Land Rover and has made 2 spaces for overlanders, who are free to use all of the facilities such as the pool and gardens - we could be here a while! 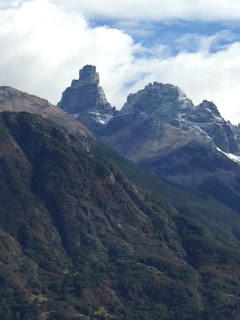 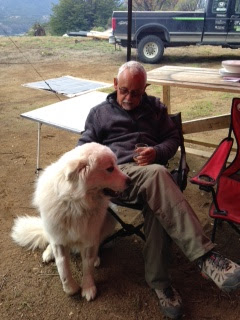 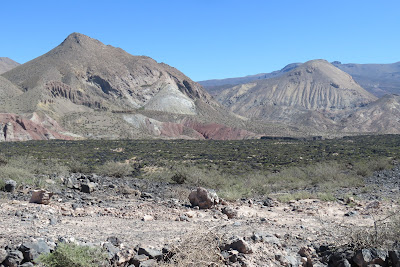