Just packing up to leave our camp (a picnic spot that the police advised us we could use - but I will come back to that) and a bear ambled out of the bushes about 12 feet in front of Chris, saw her, ambled back into the bushes and back out of them about 30 feet in front of the truck and ambled across the road, followed by first one and then another of the tiniest cubs. 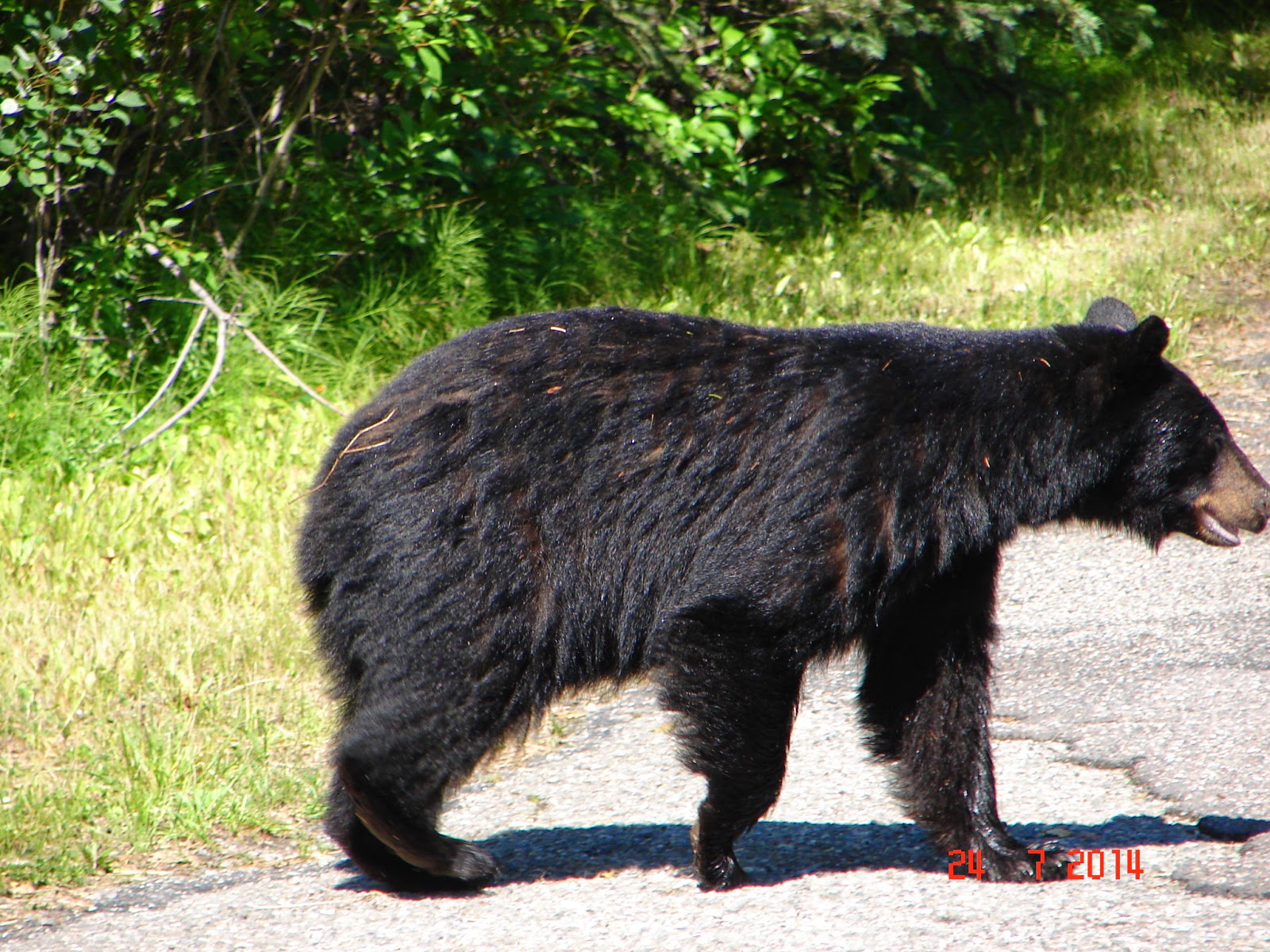 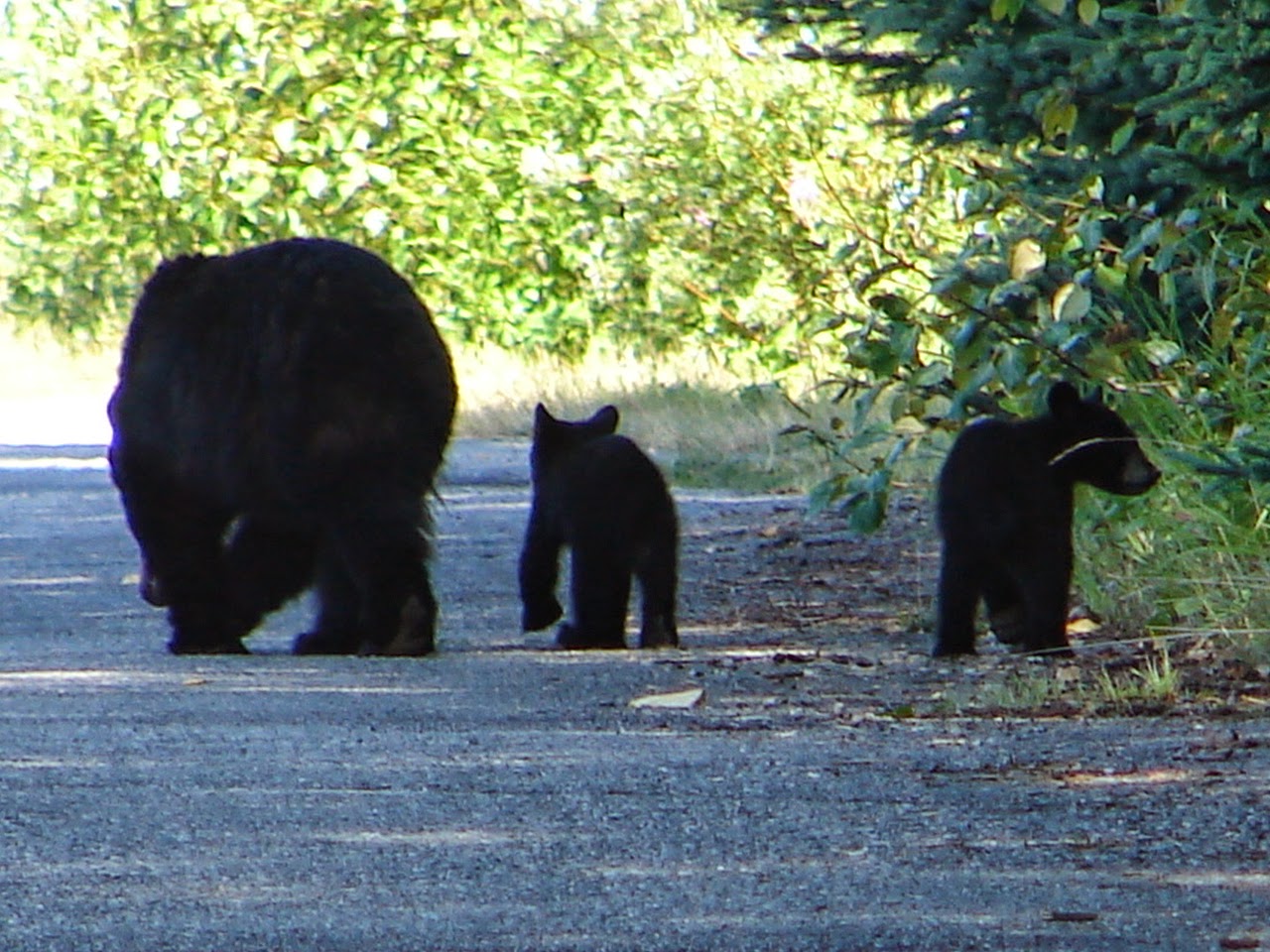 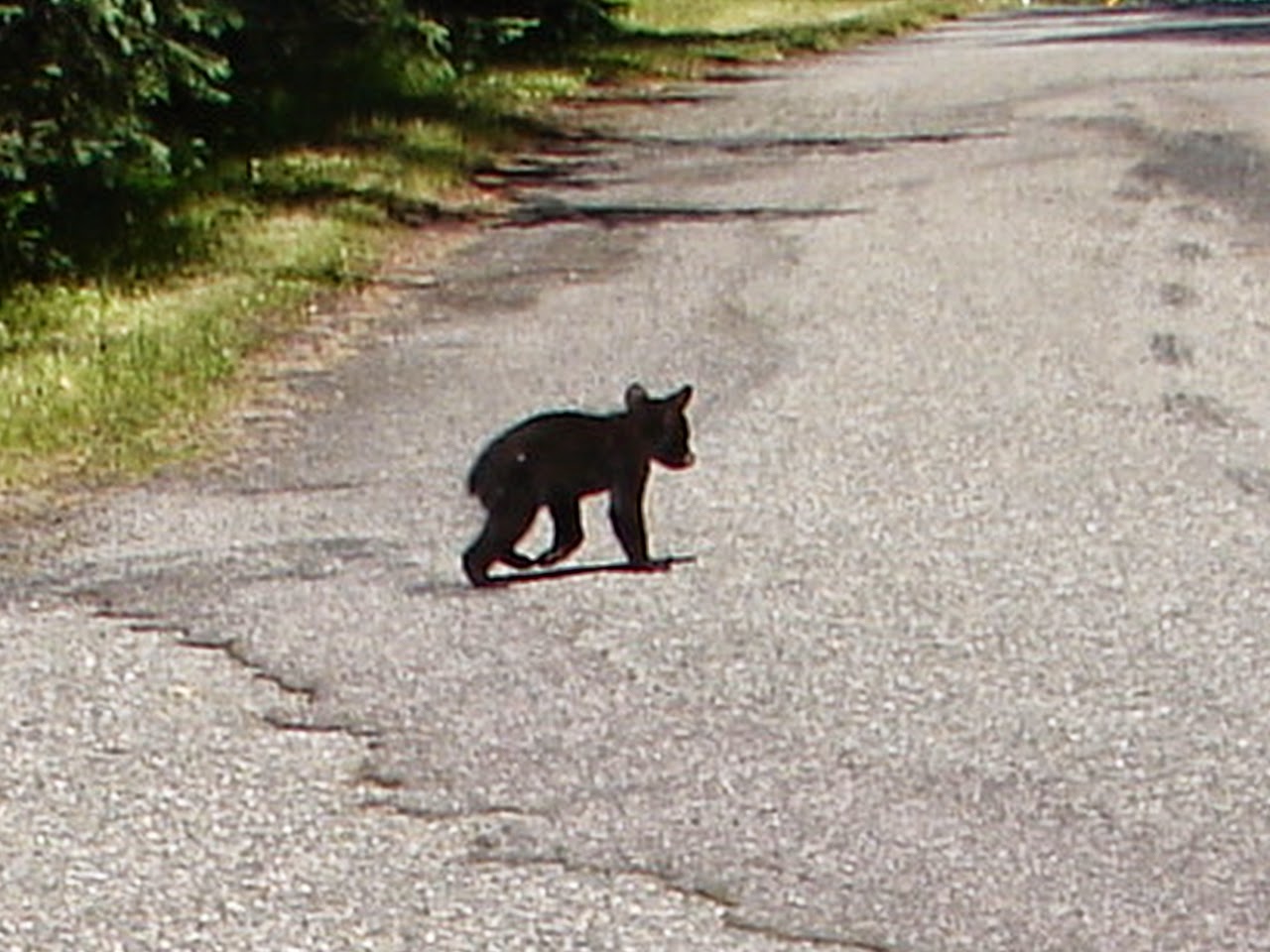 This was the day after almost walking into one on the top of an historical mound that used to have a fortified Indian village on top. I got about 8 steps from the top and a beras head appeared, fortunately looking the other way, so I just tiptoed back down and back to the car (making sure that Chris was between me and the bear).

The day before that we made a short trip back into Alaska to go to a bear viewing platform, hoping to see Grizzlys catching fish. No Grizzly and no fish catching, but we did see a black bear walk the length of the bank eating grass. 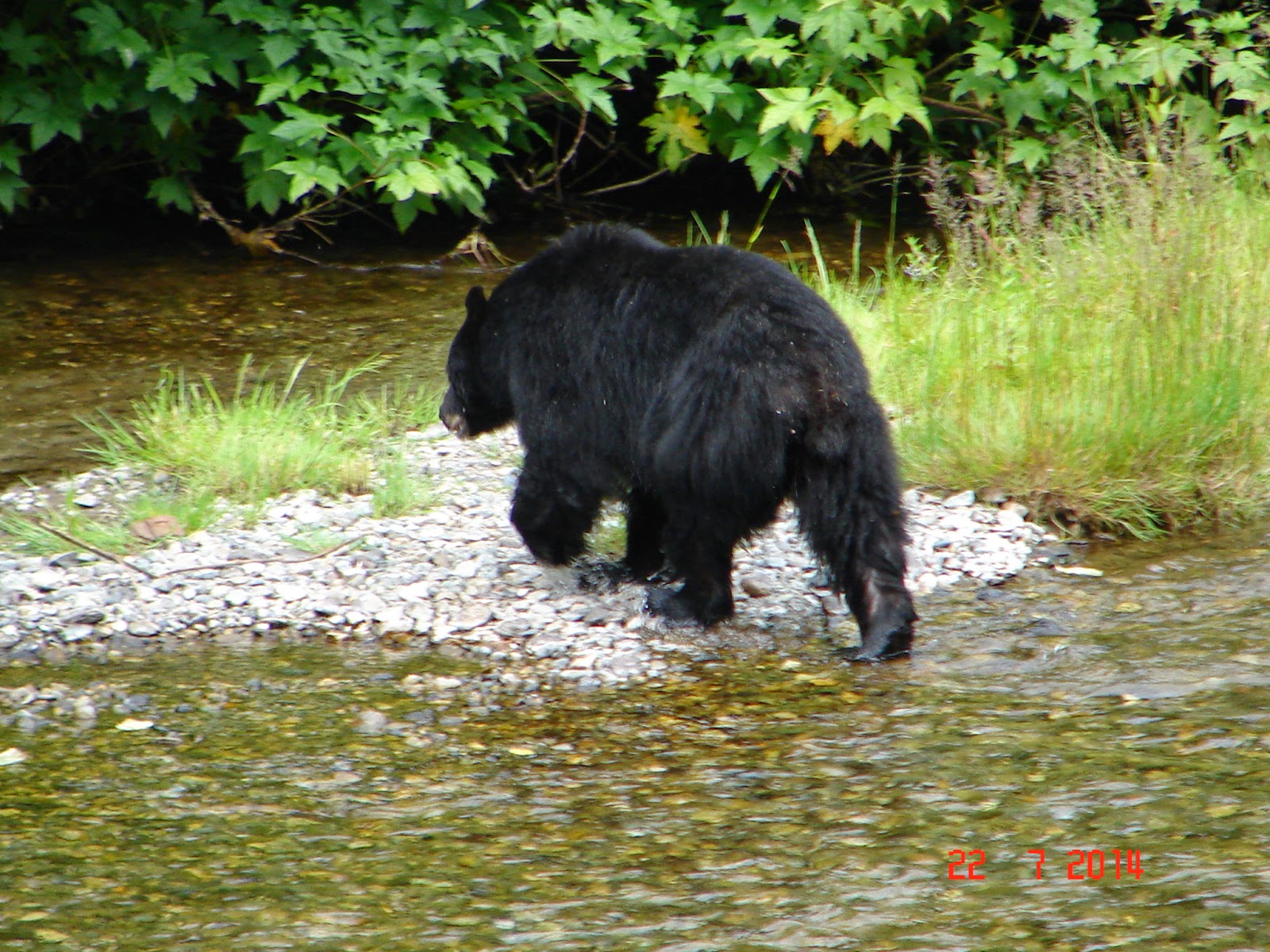 Other than that we have seen some ancient totem poles and taken a side trip to Telegraph Creek, a 75 mile rough track up over and through a gorge and could almost be wild road 2 ( I will have to see how the footage comes out). Been to Stewart, via another Glacier and back into Alaska and then across towards Banff , via Mount Robson and mount Terry Fox.

We are now at lake Louise (sheltering from a storm in a shopping centre with free wifi) between Jasper and Bamff, having just driven the Ice-fields Highway, but that is for the next blog.

Other than the last hour or so the weather has been amazing for the last few days. We suddenly drove from cloud to blue skies and the average temperature went up by 10 degrees almost immediately and hopefully this will soon pass over so we can go find a camp site.

Oh, almost forgot., Driving through Prince Rupert we were stopped by a police car, soon backed up by another! Both with flashing lights! They assured me I had done nothing wrong, they just did not recognise the plates (bad as Russia). During the 20 minutes while one checked my paper work over the radio, we chatted with the other, turned out he went to school in Droitwich, a few miles from where I (Mick) was born and also lived for a while in Mongolia. He told us of a picnic spot (that the police don't check) where we could stay the night. We took hi advice but turned out it was being used as the command centre for the rescue of someone they thought had gone missing on the river, so there were vehicles coming and going all night (including police). 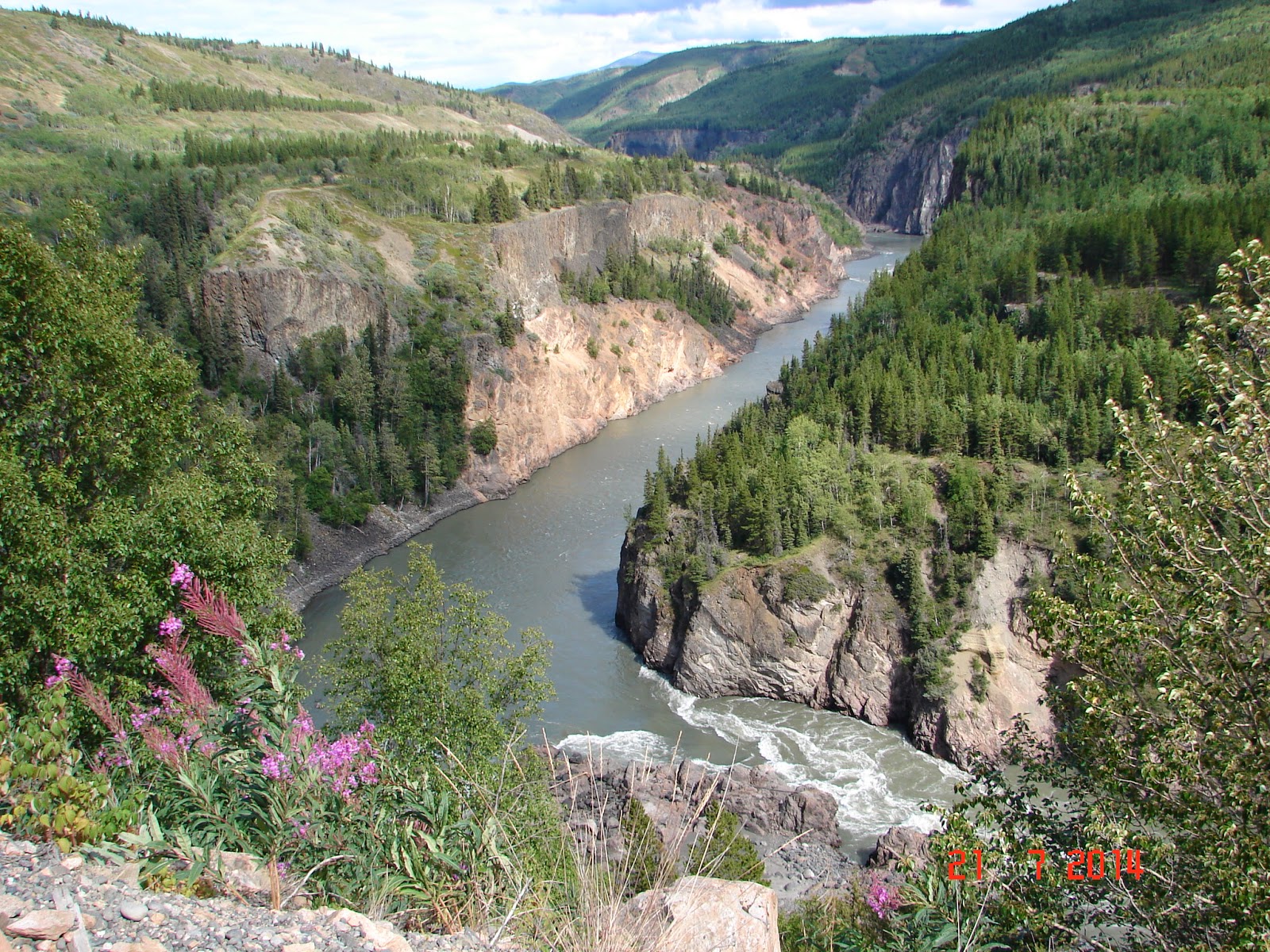 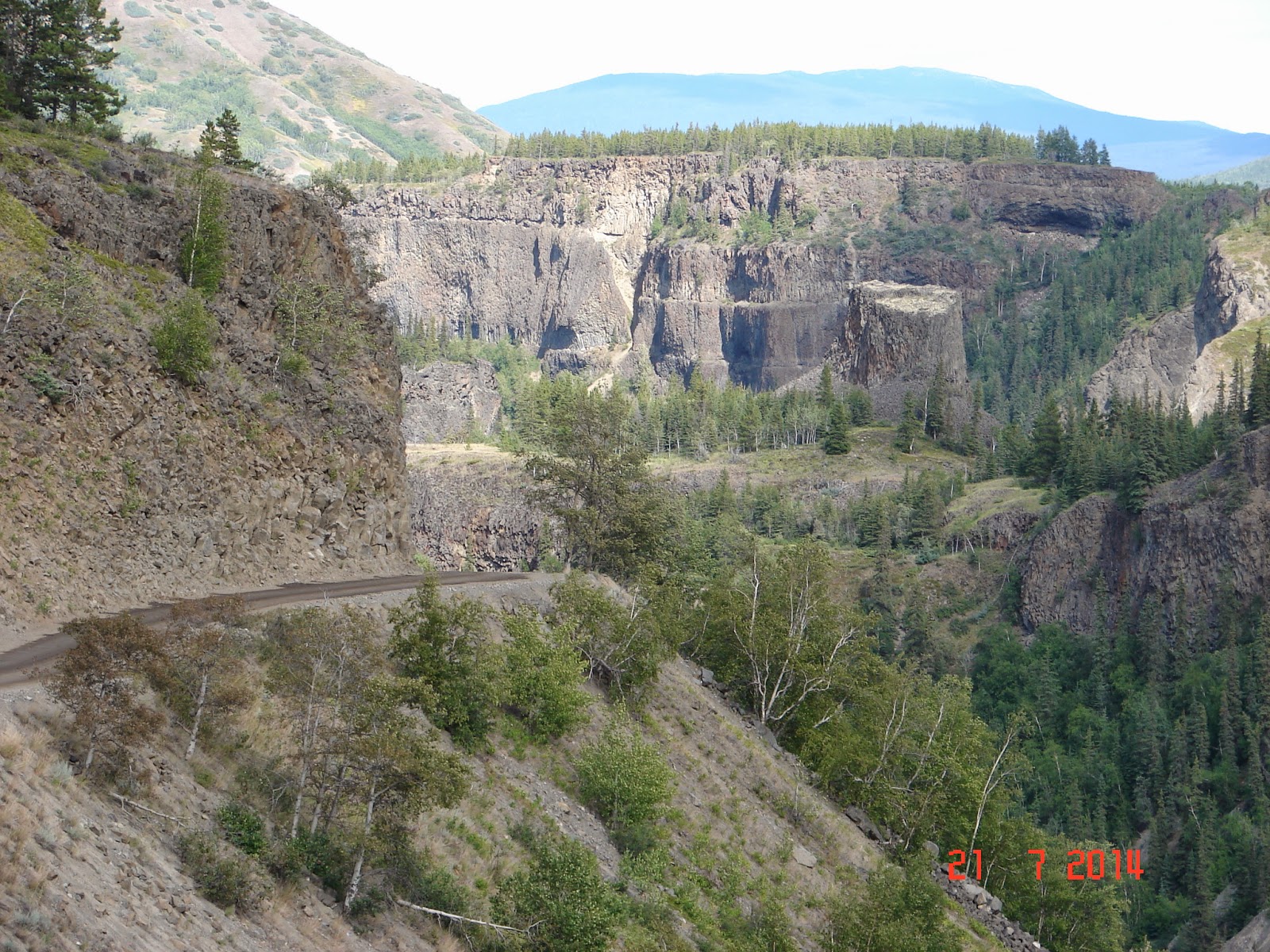 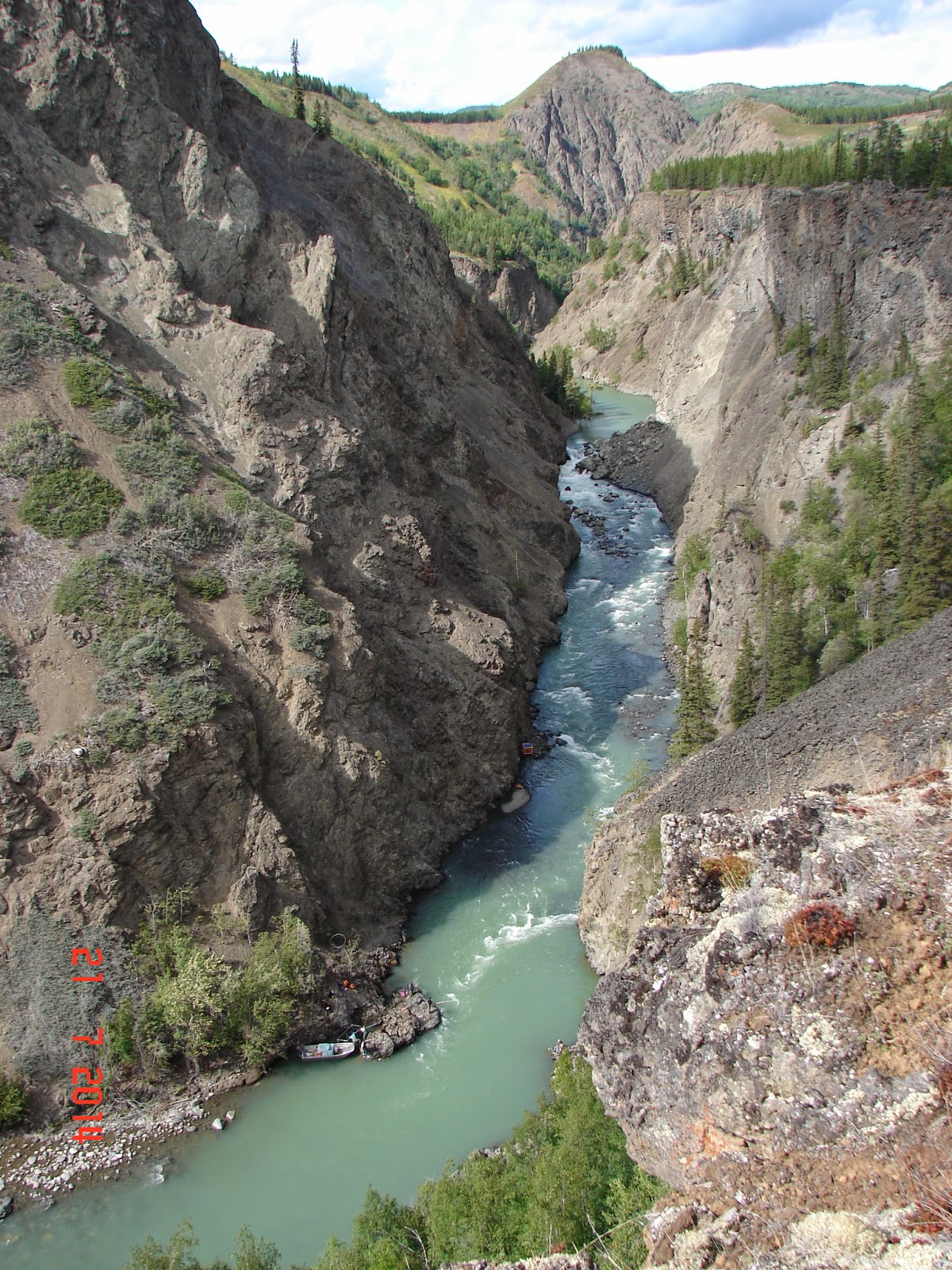 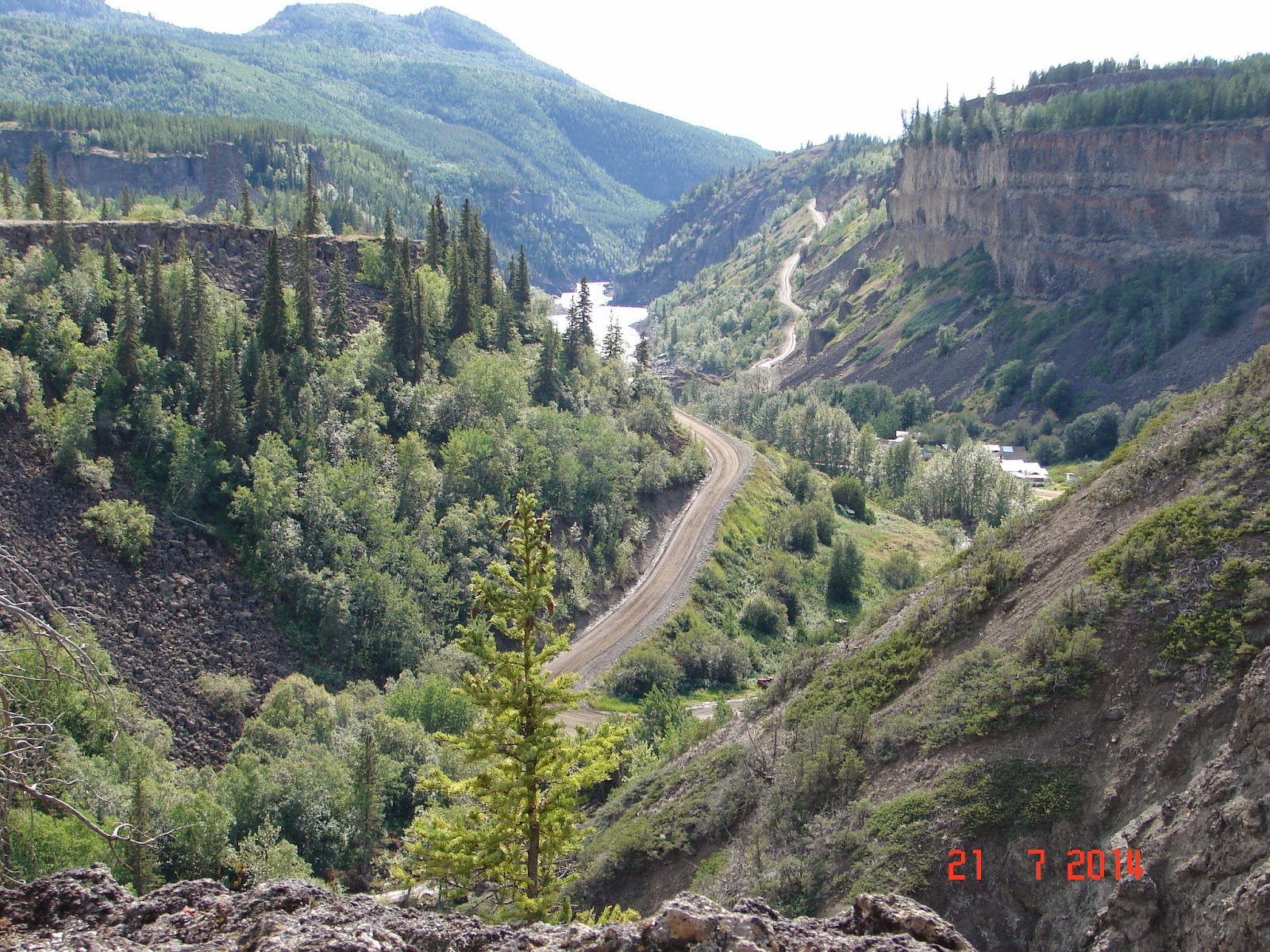 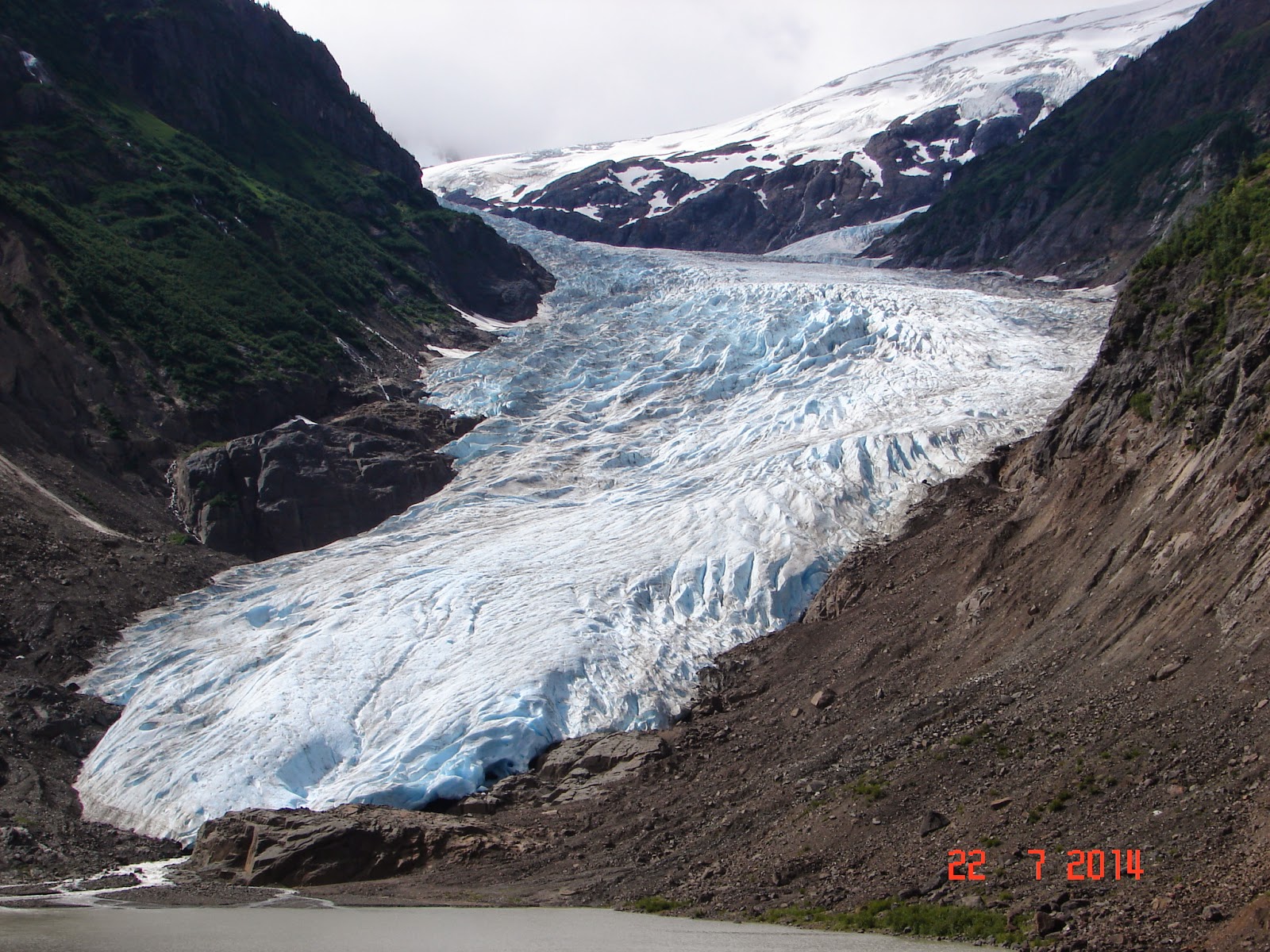 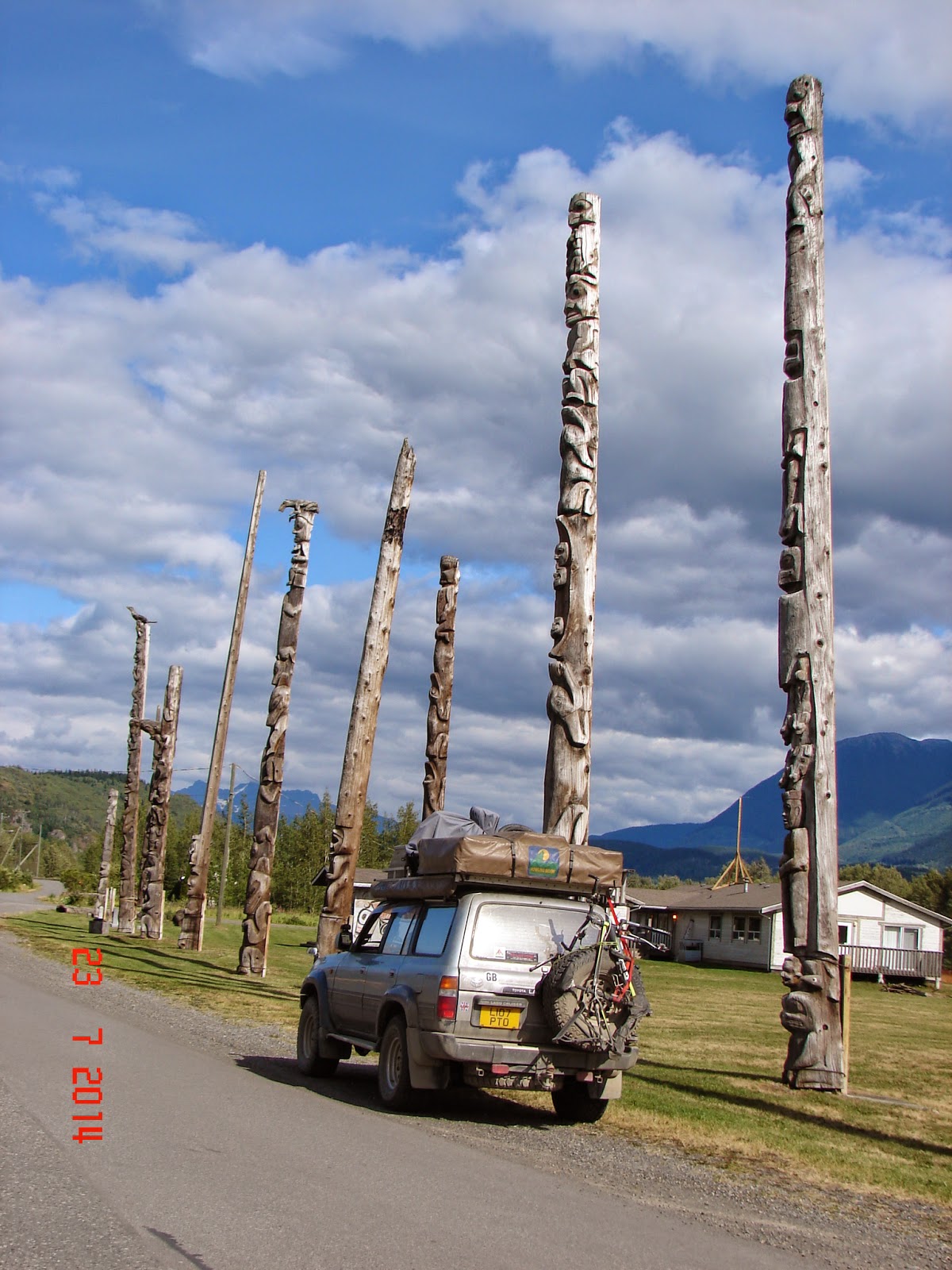 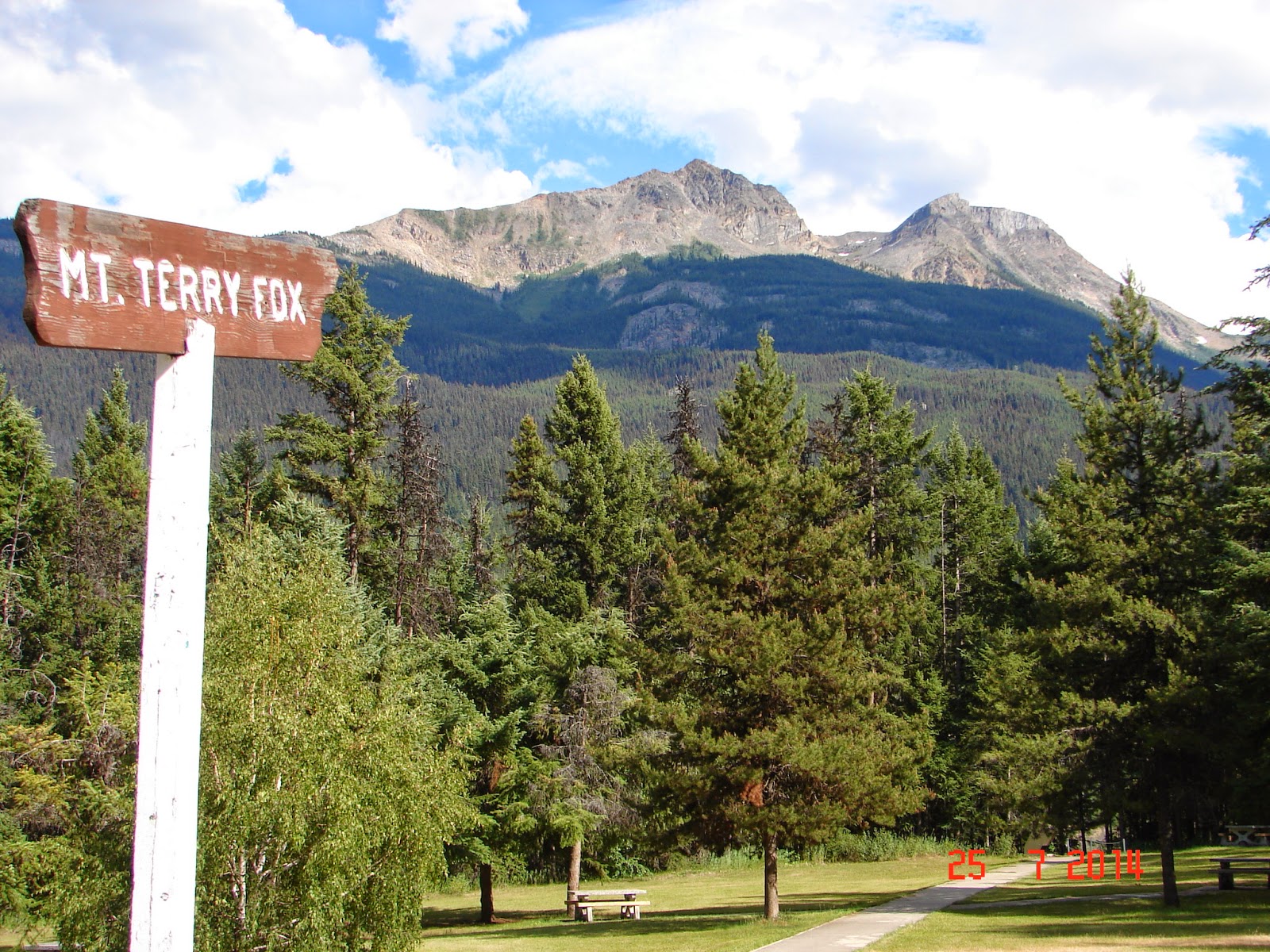 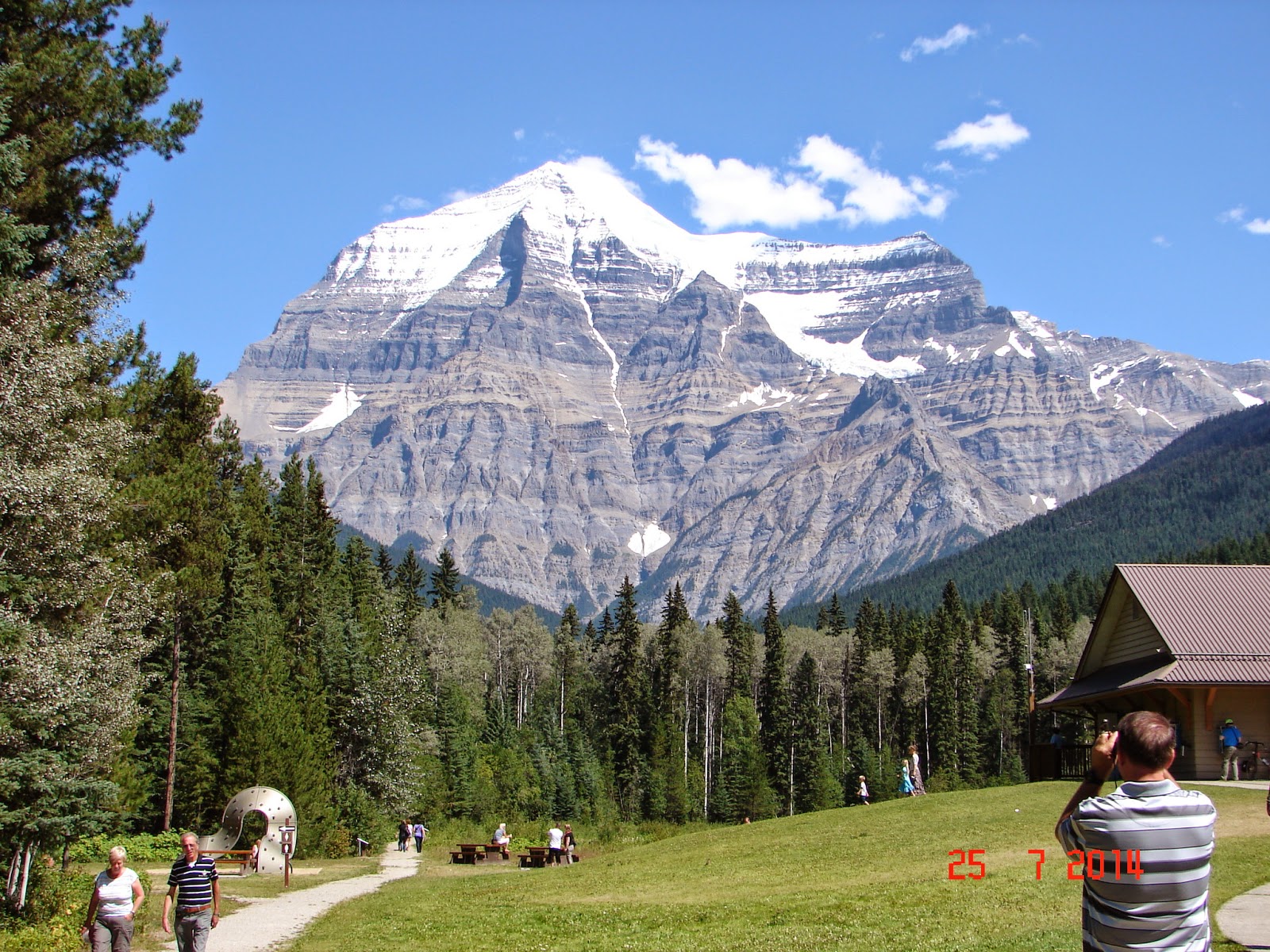 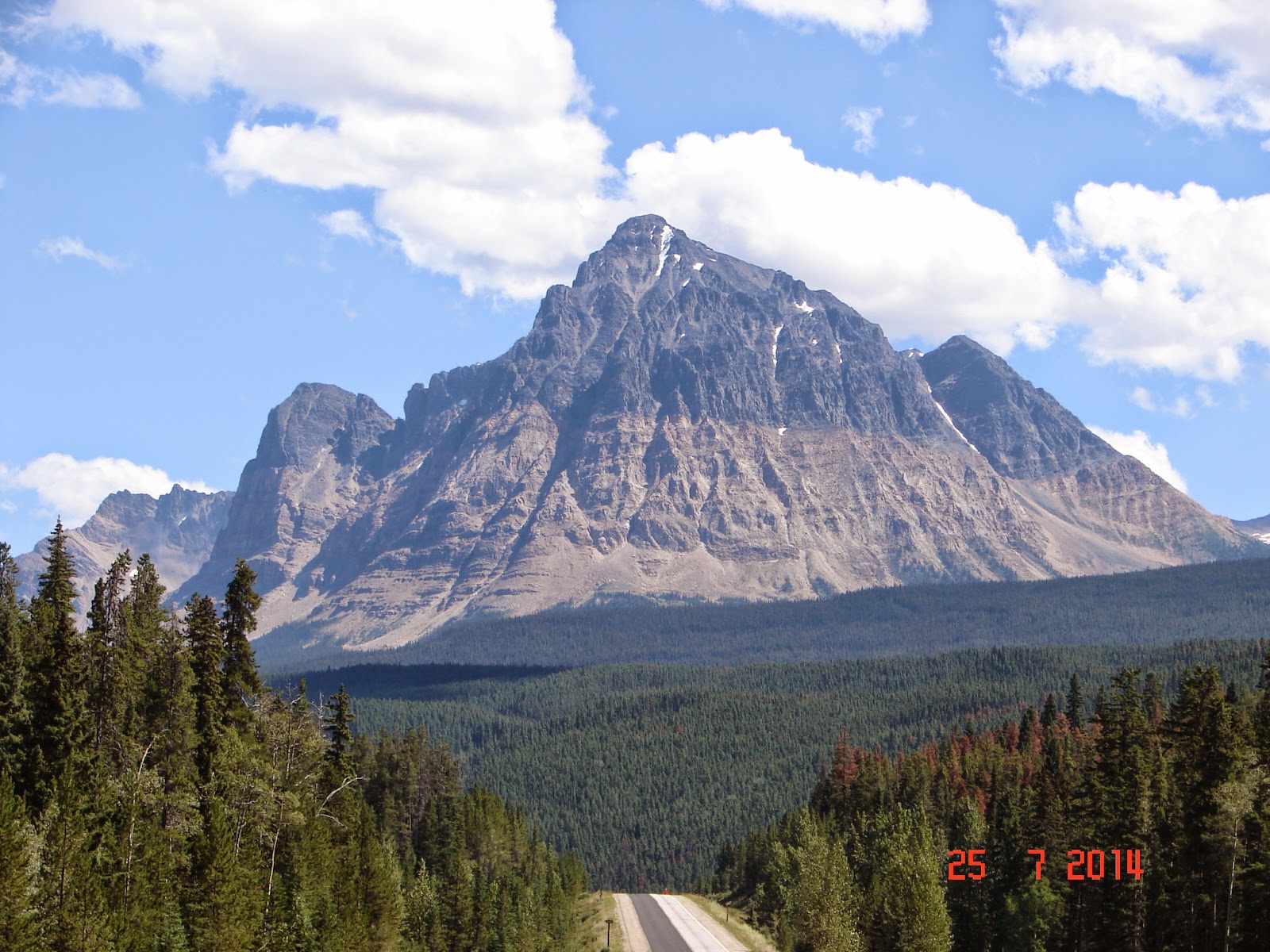 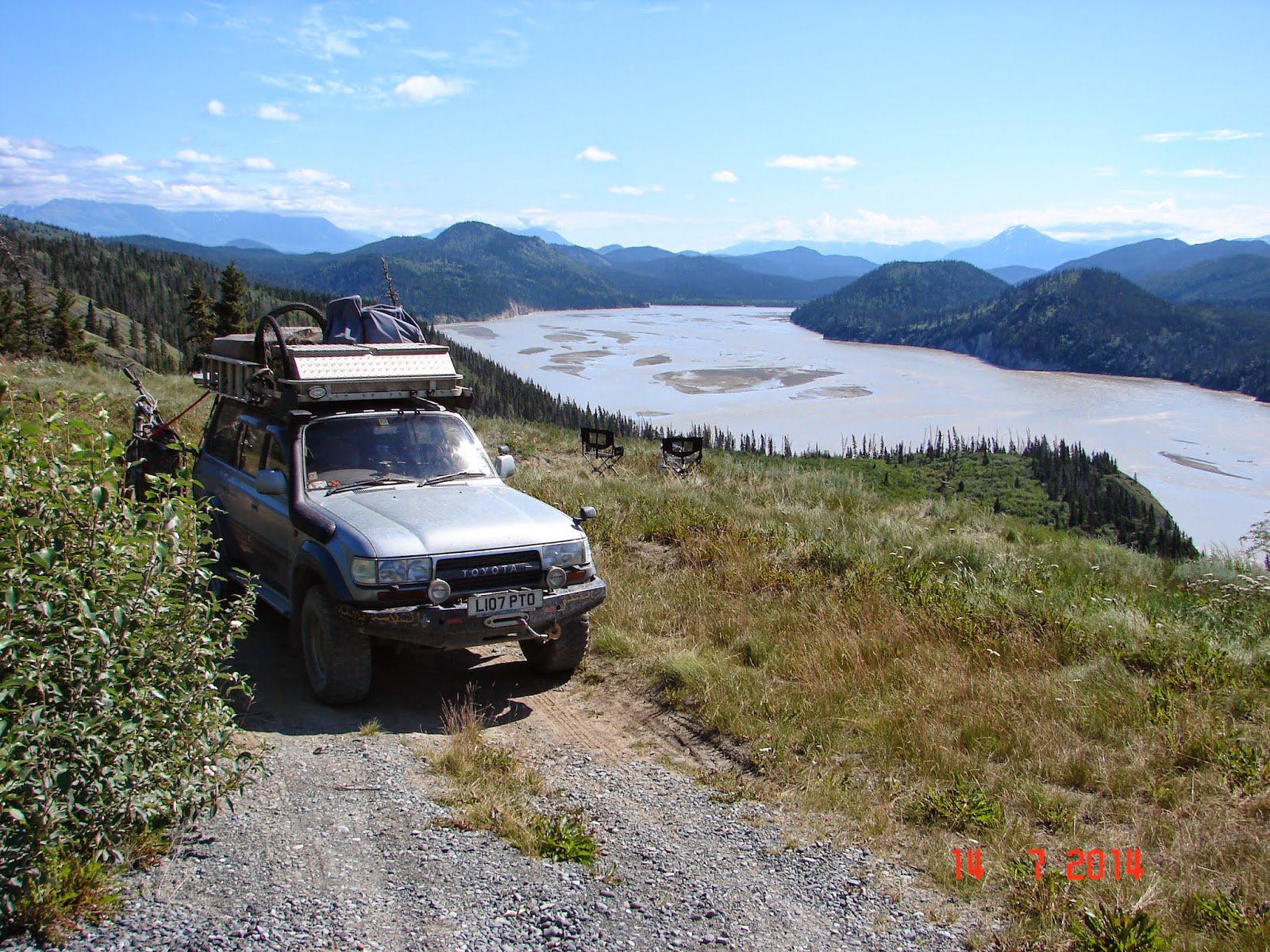