The Adventure Starts and the Plan Changes

After the madness of Tijuana the solitude of the Baja. The next few days were a mix of coast and cactus covered desert, some winding through the hills and others dead straight across the desert with for the most part very little other traffic on the road and the temperature slowly increased as we moved south (up to 40 at times).

The camp sites varied from run down to very run down, some showing signs of the hurricane a few weeks ago (the worst in 100 years - but hurricane season is over now), but the best was a beach south of Loreto. We spent one night in Loreto (where the Spanish first landed and built the first Mission) and got the bikes off for a change for a tour round and then moved 25 miles south, the site we were aiming for was closed, but we were told of a beach we could camp at (free) about a mile down a track. When we arrived there were more R.V's than we had seen in Mexico so far and found a good spot on the beach. Chatting to the neighbors it appeared that they were all from Canada or USA and many of them had been spending the winter there for many years. Next day, as we packed up to move on, another RV arrived to take up his 'normal' spot.

From there we moved down to La Paz (at the bottom of Baja) and the port to get the ferry to the main land and stopped at a beach for a beer, they told us we could camp on the beach and we found 2 other overland Land Cruisers there already (1 Swiss and 1 German). The Swiss couple left next morning but the Germans (Hans and Bente) were staying another night before taking the ferry.

The next day we booked on the ferry to Los Mochis, the next day (we intended to book for Mazatlan but we would have had to wait 4 days and at this point we were still thinking of making the bottom of Argentina for February) and accidentally booked a cabin, but this turned out to be a good move as the ferry was supposed to leave at 1600 and arrive at 2200, but actually left at 18.30 and arrived at 02.30 the next morning.

When we got back to our pitch on the beach we found we had booked on the same ferry as Hans and Bente  so we went together. They have been in the Americas for 6 to 9 months for the last 7 years, leaving their vehicle to fly home (to Turkey) so have a wealth of knowledge (and good 4x4 tracks).

The ferry terminal was absolutely chaotic, going from queue to the next to check vehicle permit, security check, port taxes, weigh bridge, army check, fruit and vegetable check, pesticide spray and then found ourselves back out of the port and having to start again!. Finally they formed us up in a queue on the opposite side of the harbor and eventually started to load about 30 minutes before the boat was due to leave. 2 hours later we were actually on the boat, but was still another hour before it finally set off.

The crossing was very calm so after a couple of beers we had dinner and found that our cabin had 4 bunks so we all had a few hours sleep. Unloading was less chaotic, but still took a couple of hours, so was 04.30 by the time we set off! A few miles down the road we found somewhere off the road to stop for a few more hours sleep.

Next day Hans and Bente were setting off for the Copper Canyon on about 300 miles of mostly 4x4 tracks, Bente showed us photos of the route off someone else' blog and we (or at least I) couldn't resist. We had been debating for some time whether the original plan was too much as we were now 3 weeks behind schedule and Hans saying 'you are retired, why spend all day driving' finally sealed it, so off we set to the Copper Canyon and for the next 4 days we did exactly that 'spent all day driving'.

We finally made the Canyon today and tomorrow plan to take the motorway back to the coast (which should be back to 30 and sunny).

We still plan fly home from Buenos in April, but will take a more direct route so we don't have to rush and will have more time to go further south on the next phase. 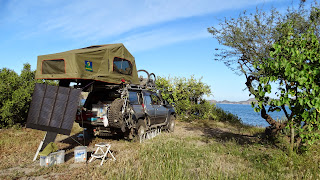 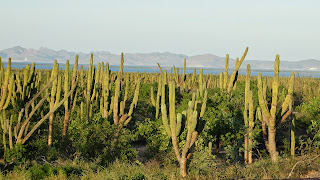 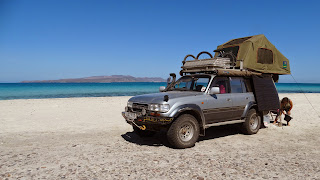 Camping on the beach at La Paz 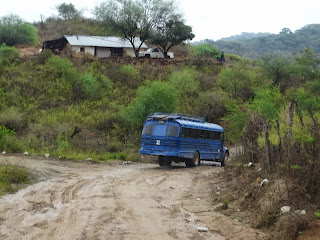 On the way to the Copper Canyon 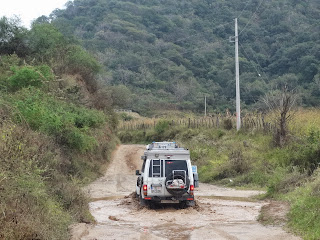 A decent road at last! 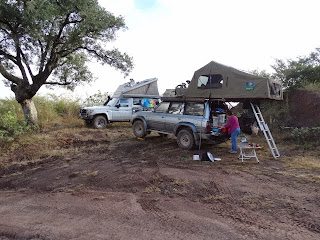 Camping in the wild at the side of the road. 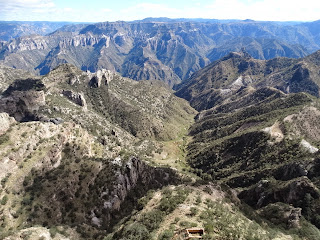 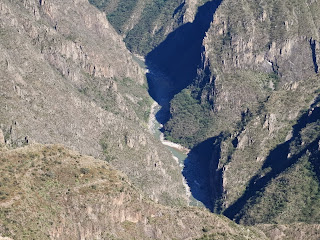 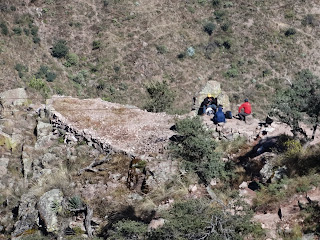 The Landing Point of the Longest Zip wire in the world, 2600 m 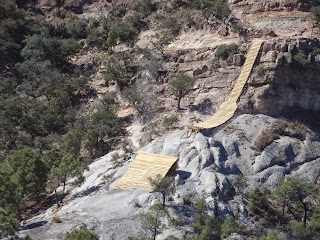 One of the jumps on a mountain bike track! 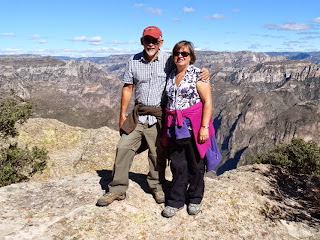 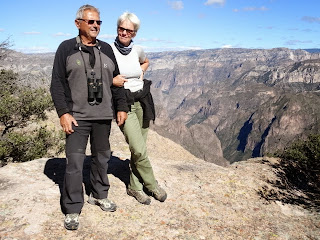 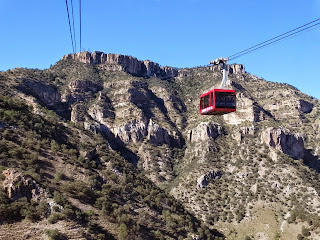 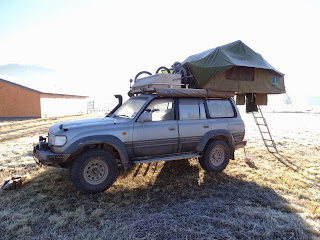