Now almost in Ukraine after 5 excellent days at the Dracula Camp Site in Transilvania, sitting between 2 snow capped mountain ranges.

We tried the Top Gear Top Road, but the pass at the top was still closed by snow so had to abort and was just too far round to tackle it from the other end (next time!).

You must watch Caravanning Romania Style on Youtube (intrepidfor10minutes) its only 30 seconds but is a hoot.

While Chris went to Dracula Castle with some other brits I took the opportunity to escape on the bike and did a 25 mile ride to a local Gorge accessible on foot/bike only and managed to get up to the top of the gorge (1100m) before expiring and carrering the 8 miles back down again - fantastic. 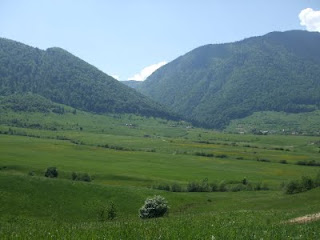 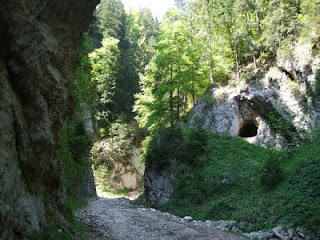 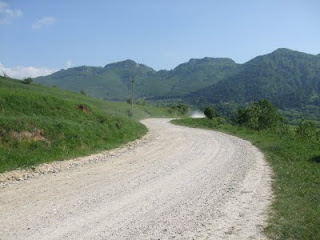 Chris and I also cycled to Rasnov, a Medievel Town on the top of a hill, 18 miles!!


After leaving Bran we went to the mud volcanoes, in the middle of knowhere, with no camp site for miles, but the car park attendant at the Volcano let us stay there overnight for the cost of the car park ticket (42p).

Now in Sighisoara a medievil town in Northern Transilvania. Glasses of wine at 68p, pints of beer at £1.70 and excellent pizzas for under £3, a thunderstorm and a dmap bed cos someone left the back door of the roof tent open!

Getting the Mongolian visa in Budapest was the easy bit, getting the cash to pay for it was another issue as we had to pay in Euros (and Hungary still has their own currency - Florints) and the only way to get Euros is to draw Florints out from a cash point and then convert to Euros.

After a day in Budapest we moved straight into Romania and turned left 'off the beaten track' along the Ukranian border. Well off the beaten track as it happened as the pot holes had the occasional bit of road round them, which most of the traffic weaved from side to side to try and stay on. We on the other hand took the pot holes and went past them all. Problem is no-one sticks to the 50 KPH limmit in town so all those we overtook in the pot holes come wizzing past at 100 KPH in town - only for us to trundle past them once more when we hit the pot holes again.

After 2 days in a nice camp site run by a dutch couple we could not resist taking a 40 mile detour along a forest track (which I filmed and will hopefully download onto youtube) then moved on into torrential rain, stopped for lunch at the top of a pass that was closed by snow only 2 weeks ago and stayed in a Motel that night - for just over £11.00! The towels were a bit threadbare but the bed had an embroidered quilt and massive feather pillows.

We then moved on to Savata, a Spa town with numerous salt 'lakes' and spent a few hours at the Danubias Hotels Spa, having massages etc., personally I would rather be on my bike but Chris enjoyed it. We also visited the local salt mine but that was less than impressive (if you want to go to a salt mine go to the one near Krokow, it is almost worth the trip to Poland).

The camp site was run by an Hungarian couple who have been there 15 years and is possibly the nicest site we have ever stayed in, we ended up staying 4 nights but partially because I manged to blow the winch up. I only wanted to reel it out a few meteres and back in again cos it was a bit slack and it went up in smoke!

Next morning our host was on the case and an auto electrician arrived later in the day, 4 times he visited in all, dismantled and took away the winch, brought it back and then took away the solonoid, came back to advise that it was 'kaput' but he could get another and then returned to fit it. This only worked the winch one way but we just have to change leads if we need to run it the other way -and all for £35.00! .

Thus far we have paid no more than €1.30 per litre for fuel and we are now averaging almost 20 MPG and except for 2 torrential thunderstorms and a few short showers the weather has been amazing. We are off to drive down Jeremy Clarksons 'best road in the world' tomorrow (which also happens to pass Romanias highest mountain) and then to Dracula country proper.

My mint tea is now cool enough to drink so its bed time (damp bed time!!!)
Posted by Mick at 13:00 No comments:

Labels: A week in Romania 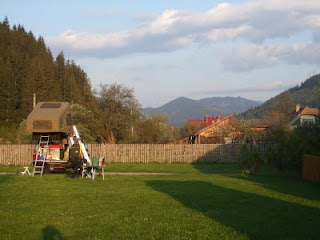 In a Dutch camp site in Romania 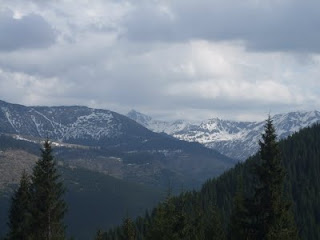 High in the Romanian mountains just south of the Ukranian border 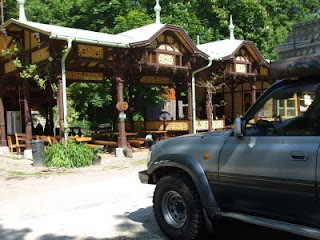 
In a converted tram station 4 miles form the centre of Budapest built in the late 1800's, closed after WW2, let go to ruin and restorred by the current owner.
Posted by Mick at 12:07 No comments:

After a bad bout of Bronchitis and all the trials and tribulations of packing the last 20 years into 200 square feet of storage (to let the house to help fund the trip) we finally made it to Dover (via Footloose at Peterborough to sort a few potential electrical gremlins). Only to be stopped and searched by security and missed the boat (we expected this from Ukrane on, but not at Dover!). No probs though, we were on the next boat 50 minutes later at no extra charge and arrived in France at 15.30 on Friday 6th May.

10 miles into France we stopped for lunch and completely changed the plan. We were not ready for the long drive to Romania and the forecast was for rain for the next few days and 26 degrees and sunshine in Luxembourg so we thought that a few days in the sun in an area we new well would be a good start before heading into the unknown. We drove till late and poppeed the tent up in a rest area just before Luxembourg leaving us just 74 miles to do on Saturday

In fact it was well over 30 degrees and clear blues skies. After a fair bit more re-organizing thr truck and watching the Grand Prix on Sunday managed a 25 miles bike on Monday looking for milk and potatoes!. Chris had come down with yet another cold so she slept on and off.

By Tuesday we were raring to go and after another night in a rest area on the German/Austrian border we pulled into a camp site near the centre of Budapest at 8pm on Wednesday (11th)now well into uncharted teritory (for us). Fuel is cheaper then expected, filling up in lux at €1.147 and managing the whole of Germany and Austria on a single tank (596 miles) at an average of 19.25 per gallon and the weather has so far been glorious the whole way.
Posted by Mick at 14:00 1 comment: