The Trials and Tribulations of Travel

The repair took a little longer than hoped, but they made a good job of it so worth the wait. We then took it to a auto box specialist to check the internal filter and fit a new fan to the auto box filter, they looked to have done a good job and the Nissan fan they fitted was better than the original and this was soon born out by the extreme climbing necessary over the next few days.

After 13 days we were finally ready to set off on our travels through Bolivia and back through Argentina. From Cochabamba at 2850m we went up in stages, first to Sucre and then Uyuni and the Salt Flats (both at 3650m), but as ever the road took us down to under 2000m and up to over 4000m en route, with some serious climbs.Ironically the very steep twist ones are not so bad for the gear box as you just sit in 2nd gear and it goes up anywhere. It is the slightly less steep with longer straights that are the biggest problem, at one stage the radiator temperature even started to increase and I have never seen that before (as the auto box temperature light always comes on before I reach this point) but as I pulled over to rest the engine, so the auto box light came on - so OK I HAVE found its limit now!

From this point we thought we expected the altitude to get lower, which it did in terms of where we slept, but for the next few days it continually went above 4000m every day. We finally came down to Salta at 1200m, but then rose to over 4,300m, through some really spectacular country, before droping like a stone to Santiago de Estero (in Argentina, not the one to be confused with Santiago in Chile) 350mwith temperatures in excess of 50c for the next 2 days, until a massive thunderstorm cooled it all down.

It was then it was just a 3 day, 850 mile dash to Uruguay to take the truck back to storage and ferry across to Buenos Aries for the weekend.

The journey was not without its mechanical issues either. It was time to have an oil change in Uyuni before setting off on one of the worst 88 miles we have encounters (ruts pot holes and corrugations, with the odd respite of quite deep sand). But 25 miles in and a clanking noise started from front left, I stopped 3 times over the next few miles but could not spot anything obviously loose, but something was clearly wrong and getting worse so took the decision to turn back. It was Friday afternoon with enough time to get back to a mechanic we knew, to carry on meant possibly not finding a mechanic until Monday (as the good ones don't usually work at the weekend).

Our mechanic was still there and at first look he saw nothing either, but after a closer look found a collapsed shock absorber and 2 large washers and a rubber bush and was all sorted, it appears that the bottom washer had worn through and the washers and bush had fallen off, but was otherwise doing its job so all was good.

We decided to stay in a Hotel to get an early start and next morning I started the engine and luckily turned the front wheels so I could look at the shock absorber repair and saw engine oil absolutely pouring out of the engine!!! Ignition off and a quick look found the oil filter loose! I needed the removal tool (which I had lent to the mechanic to get the old one off - he had a few but they were all too big to fit in the space) but manged to get it tight enough that it wouldn't leek, checked there was still enough oil in the engine and drove back to the mechanic.

The filter was a bit smaller than usual, but his supplier had assured him that it was what they use on all diesel land cruisers, I was not now convinced so asked him to replace it with my spare. Turns out the other one was a petrol filter with a single element and the diesel one has 2 elements  and must have been the pressure that forced it off. Its just amazing and very lucky it did not come off the previous day!

So off (late) again, but this time made the very rough 88 mile road and stayed in The Butch Cassidy Hostel not far from where Butch and Sundance ended their days in a big shoot out.

At Tilcarra (Argentina) we decide to stop an extra day to visit the nearby archaeological site after taking off the front wheels to check the front pads, they were OK but the front right track rod end had movement in it. So we stopped off at a Toyota mechanic (recommended on IOverlander) when we got to Salta, he could not replace but did have a machine to tighten it up, so we left it with him the following morning and picked it up after a day in Salta. Something else to bring a set of back from the UK.

Having sorted out all our mechanical issues, we get to Santiago and the lights went out. Although we tend only to travel in daylight it is a legal requirement to keep the headlights on. One of them had gone out and I was using the front fog/driving lights (next to the headlamps), but suddenly everything except one head lamp went out. Eventually I found that if I switched on the lights without the fog lights the side lights came on! We then had both headlights replaced at the local Toyota Garage and manged to get to Uruguay before the side lights went out again! Waggling the light stick would eventually bring them back on, but there is clearly an electrical gremlin in there somewhere! But it got us back to our storage facility and Sandra (owner) is going to get a local specialist to have a look and let me know if I need to bring any parts back with me (they don't have land cruisers there but may have other Toyota's with the same light fittings). 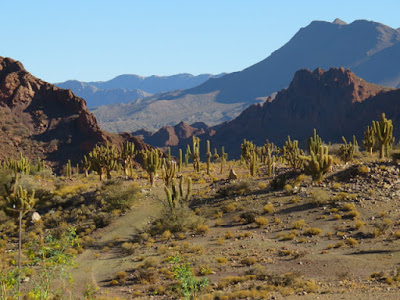 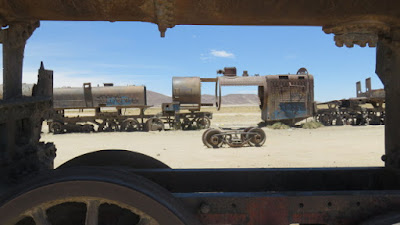 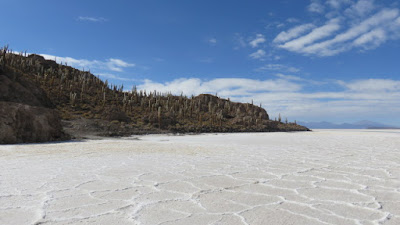 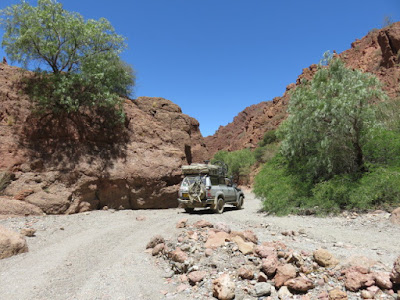 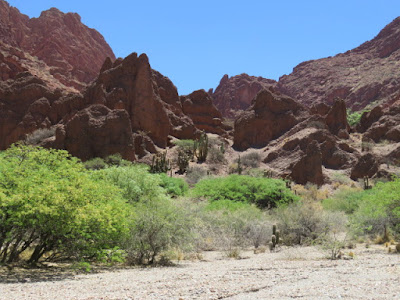 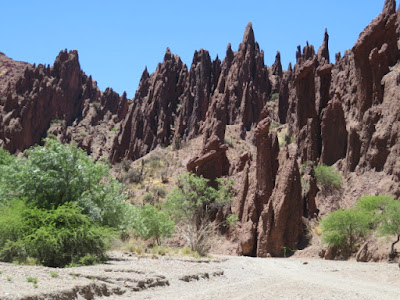 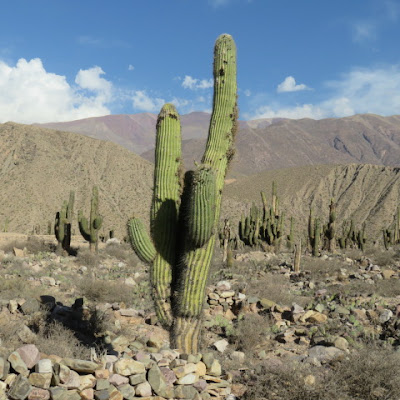 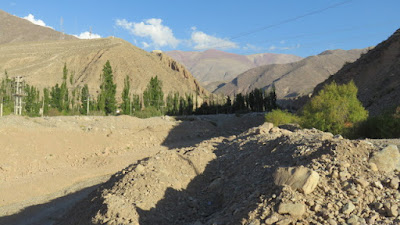 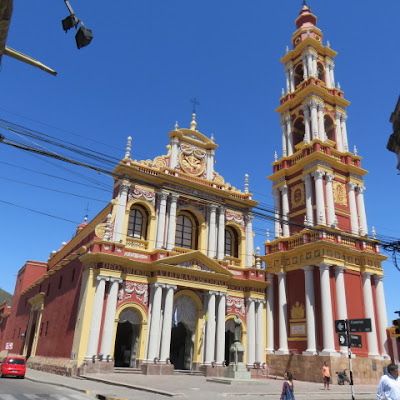 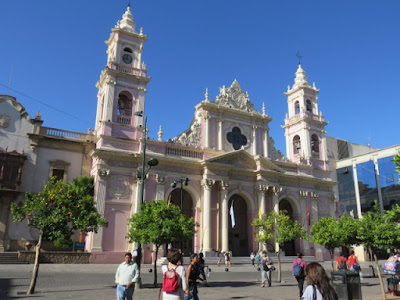 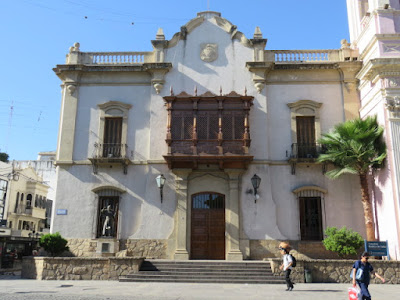 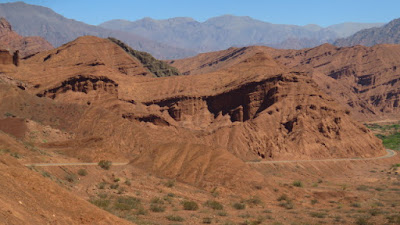 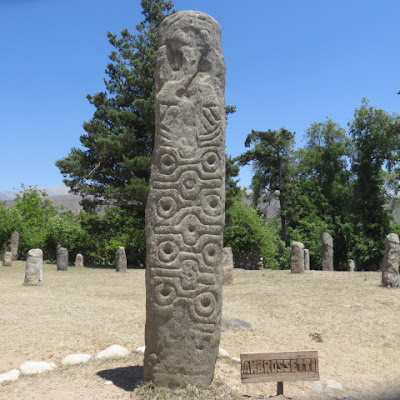 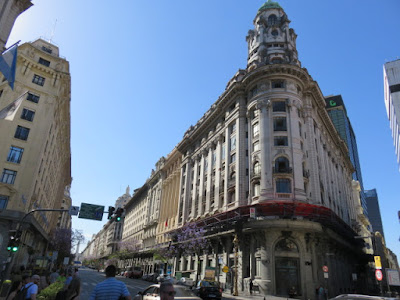 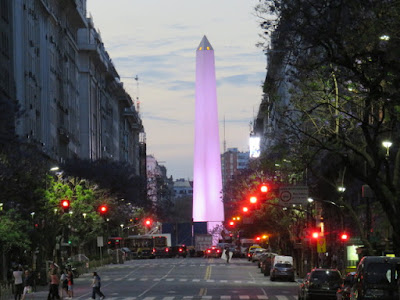 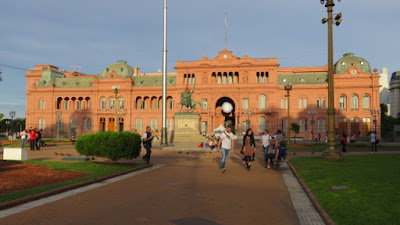 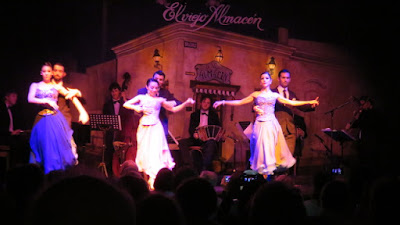 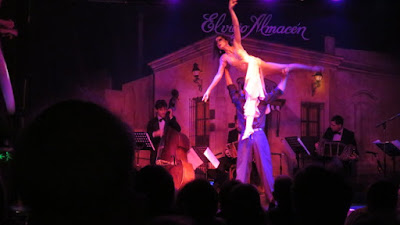 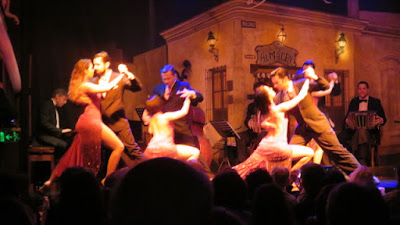