After a long hibernation we finally return to our travels. At 15.00 Jenna gives us a lift to the coach station, coach to Heathrow, non stop BA flight to Buenos Aires, taxi straight to the port (via an insurance office to collect our car insurance), ferry to Colonia (Uruguay) where we are collected by Sandra (who has been looking after our vehicle) and by 15.00 (local time) we are packing the cruiser with the kit we have brought with us. The nearby camp site is closed so we stay on Sandra's farm and decide on a short hop the next day to a camp site 68 miles up the road, technically it is closed, but the site and facilities are left open and even has power available for anyone to use.

Next day we start the trek across Argentina to Bolivia via series of truck stops on more or less the same route as we came down. We had considered detouring into the mountains but the forecast was poor, so we stuck to the plan and the good weather, but also to maximise our time in Bolivia as we may not return.

After 5 hard days of driving we re-enter Bolivia only to find that they had not cancelled the permit for the car when we left last December, so in theory the vehicle had over stayed its welcome by 7 months and we were marched off to the headmasters office! Turned out that the supervisor was a very friendly and, dare I say it, intelligent young lady that saw that our passports had been stamped out in December so assumed that the car had gone with us (given that we were now trying to bring it back in). Logic that I doubt many of the border personnel we have come across would be capable of. She typed up a letter saying that we had taken it out of the country on 3rd January, we signed it, she stamped it and all was sorted (all with no money changing hands!)

After another hard day we arrived in Samaipata, where we finally take a day off and visit a waterfall, plus the Archaeological site of El Furte. The following day we re-took the mud road we took on the way down (Dads road), without detours this time but still had 4 sizable rivers to cross, before driving over the pass to Cochabamba, reaching 3,700m, before descending to 2,650m at Cochabamba . Last time we were here we had spent the previous 2 months at between 2,500m and 4,800m so we were used to the altitude, this time except for one night at 1,450m (at Samaipapa) we had not had any exposure to altitude for 9 months, so took a few days to re-acclimatise.

We have returned to Cochabamba for repairs to the cruiser (following the accident with the motorbike in Ecuador). Plus removal of the rear side and rears windows for repair to the rust that has built up around them (otherwise it is rust free), plus a little mechanical TLC. We have now spent the last 7 days, resting, cleaning equipment, plus cleaning, oiling and repairing the bikes and making new friends. Hopefully the repairs will be completed in a couple of days and we will be on our way again. 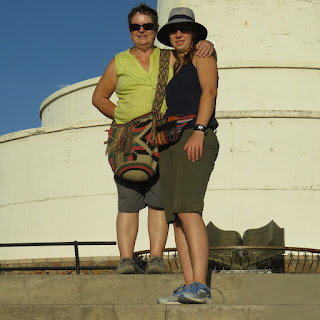 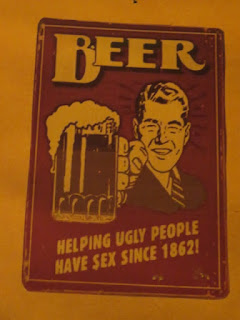