Missed the Equator and had to go back!

We cannot believe we are at the Equator! We are currently on the coast of Ecuador approx 120 miles south of the Equator. We got up this morning to a chilly wind and light rain and thought we had suddenly been transported back to Scotland. But as the morning went on the clouds pulled back from the sea and it is now sunny and hot, but not as hot as we expected (it was a lot hotter in Panama).


The last 200 miles of Columbia were uneventful, another 3 day stop in the grounds of a Hostel, with a pool and an amazing walk overlooking a valley just 100 yards from the Hostel, followed by a one night stop at Los Legas, famous for a church built on the edge of a ravine, where someone saw the face of the Virgin Mary etched into the rock and his since become a place of pilgrimage. The church was built against the rock, such that the back of the church is the rock face with the alter in front of it. This was a few miles from the border with Ecuador so decided to stay the night in a Hostel (not one of our better decisions).

But at least it gave us an early start and we were at the border by 10.00. This was also a mistake, exiting Colombia took 10 minutes, but the queue for immigration into Ecuador snaked back and forth inside the building and then half way round the outside. When we emerged an hour later there was hardly any queue at all.  After that we got stuck behind some Colombians with a problem importing their vehicle, so took another hour to get the vehicle through, but all in all a lot easier than any of the Central American borders.

Next stop was an overlander camp site called Summer Wind, run by a German couple who bought this piece of land 4 years ago with no thought of it being a camp site. It is situated at the end of a Lake by a motor racing circuit and overlanders kept turning up and asking if they could stay. So he built a toilet and shower block, then a kitchen and most recently a small restaurant that does meals as well as lots of speciality cakes and pastries, it is only open on a Sunday, but full all day. There visitors book is a who's who of overlanders as virtually everyone we have met (on phase 1 and 2) has been there at some point and a lot more besides and whilst we were there met a number of other overlanders, heading in both directions, including an Austrian called Christian in a Land Rover.

The road round the lake was not too undulating and just over 6 miles long so perfect for getting the bikes off at last and doing a few laps. I also established that it cost $25 for an hour on the circuit and almost convinced Christian to join me for a few laps, but it did not happen.

After a very pleasant week we decided to move on again to Mindo, but by lesser roads, rather than the long way via Quito (the capital of Ecuador). This was a mistake in more ways than one. Firstly I set the GPS not realising that Mindo was across the equator, so it was taking us to a position just north of the equator instead of south. We knew the roads we were taking would be rough but I eventually realised something was wrong when the GPS took us onto a track still some distance from our destination. I re-set it, but would still not take us to Mindo so eventually set it to take us to the centre of Mindo which worked fine, albeit dark by the time we arrived. Once in Mindo I re-set the GPS again and this time it worked! It was next day before I looked at the map and realised that we had crossed the equator (so the co-ordinate should have been south rather than north) but once we crossed the equator the GPS was automatically set to South which is why it worked when we got to Mindo. But not only had missed crossing the equator, by avoiding Quito we had also missed the Equator monument and museum, so we had to go back the next day!

From Mindo we headed due west to the coast, where the meandering road crossed the equator about 7 more times until we hit the coast and headed south. There are quite a few beaches along the coast but mainly used for fishing, a few European back packers and a few more Americans that live there. The first night on the coast we stopped at resort with a few cabins and camping area, but was pretty much deserted, the second night we stayed in a Hostel in Canoa after not being able to find anywhere we could stay in the roof tent.

Then yesterday we stopped at Puenta Los Frailes, (that Christian had told us about) to make some lunch go for a walk and who should pull up behind us but the French couple (Liz and Laurent) we met at Salento. They told us they were camped with Carol and Victor, and Michael and Veronica and were out to get food for a BBQ that evening for everyone and should they get enough for us, we had the co-ordinates of that camp site already plumbed into the GPS so of course we said yes and a good time was had by all.

This morning all of the others left (as they had all been here for a few days) but as this appears to be one of the nicest spots along the coast (on a cliff overlooking the sea with the occasional whale splashing in the distance) we will stay anot her couple of nights. 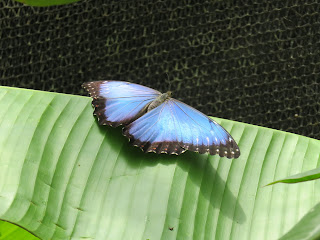 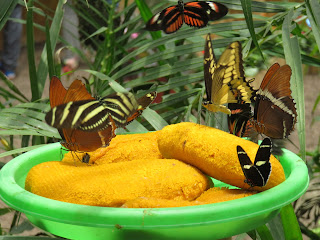 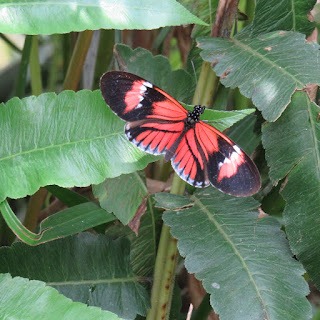